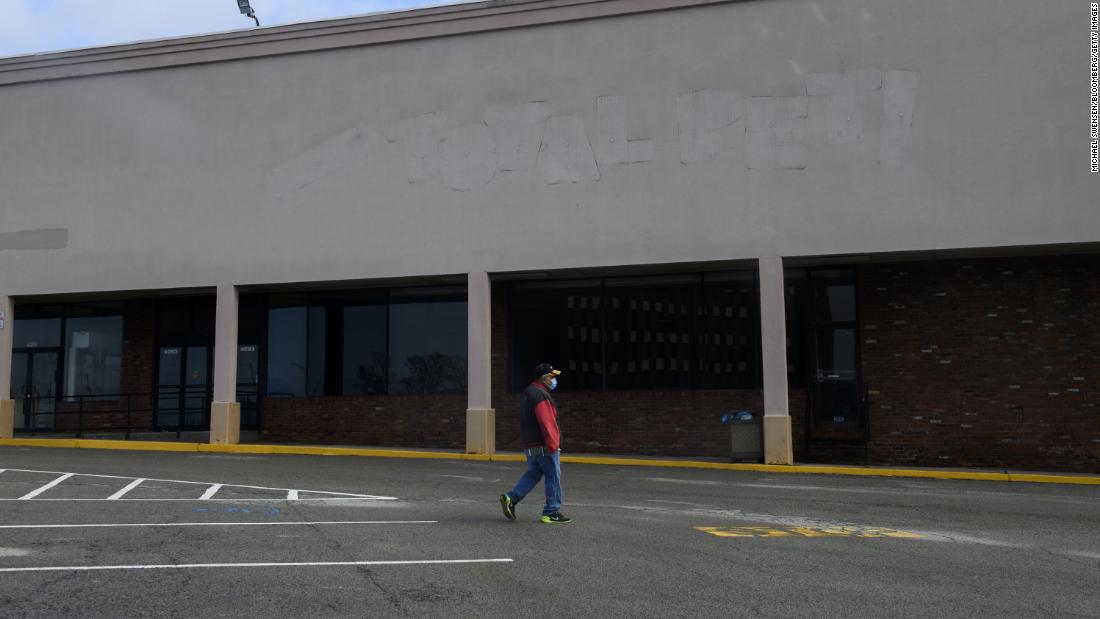 The CBO warns in a new analysis that the pandemic will reduce cumulative economic output over the next 10 years by $7.9 trillion, or 3% of GDP during the decade, compared to its projections from January. Without accounting for inflation, the damage totals $15.7 trillion, or 5.3% of GDP.

The CBO said the revisions reflect expectations of reduced consumer spending caused by business closures and social distancing. In addition, the recent drop in energy prices is expected to “severely” curtail investment in that sector, the CBO warned.

Recent legislation, which includes more than $2 trillion in stimulus, will only partially mitigate the economic fallout caused by the pandemic, the CBO said.

The big caveat: The CBO cautioned that there is an unusually high degree of uncertainty around its forecasts because the course of the pandemic is unknown and it’s not clear how the economy will respond.

The report from the highly respected government number crunchers further challenges hopes for a speedy economic recovery from the pandemic, which had been a common talking point in the early days of the crisis.

More than GDP: If recent history is a guide, it could take even longer for the labor market and household wealth to recover.

The 2008 global financial crisis took a much smaller bite out of GDP than what experts expect to see as a result of the pandemic. But 10 years after the Great Recession began, labor force participation rates for prime-age workers remained depressed in the United States, and household wealth had only started to recover.

Neil Shearing, the group chief economist at Capital Economics, said that most major economies are in a similar position — at least in the medium term —despite the recent pick up in high frequency data such as road traffic and electricity consumption.

“While the slump in output caused by the virus seems to have bottomed out, the recovery is likely to be slow going and uneven. Most economies are still likely to be below their pre-virus paths of GDP by the end of our central forecast horizon in 2022,” he wrote in a research note on Monday.

Reason 1: The recovery follows an extreme economic chock. “The fact that activity is recovering needs to be seen in this context of the huge loss of output incurred during lockdowns. Output in most major economies is still running at somewhere between 15% and 25% of pre-virus levels,” he said.

Reason 2: High frequency data doesn’t tell us much about what’s going on with demand —one of the biggest factors in any rebound. “The fact that more journeys are taking place is encouraging, but the extent to which this will translate into a recovery in consumer spending is unclear,” he said.

Reason 3: Governments and central banks still need to figure out how to transition from crisis mode to recovery, and to reopen their economies in ways that don’t do more damage.

“Policy needs to shift from combatting a crisis to supporting the recovery,” said Shearing. “Making this transition will not be easy. One of the biggest risks in the near-term is that governments move too quickly to embrace a new round of austerity.”