Cheap oil isn’t going away, even after record production cuts 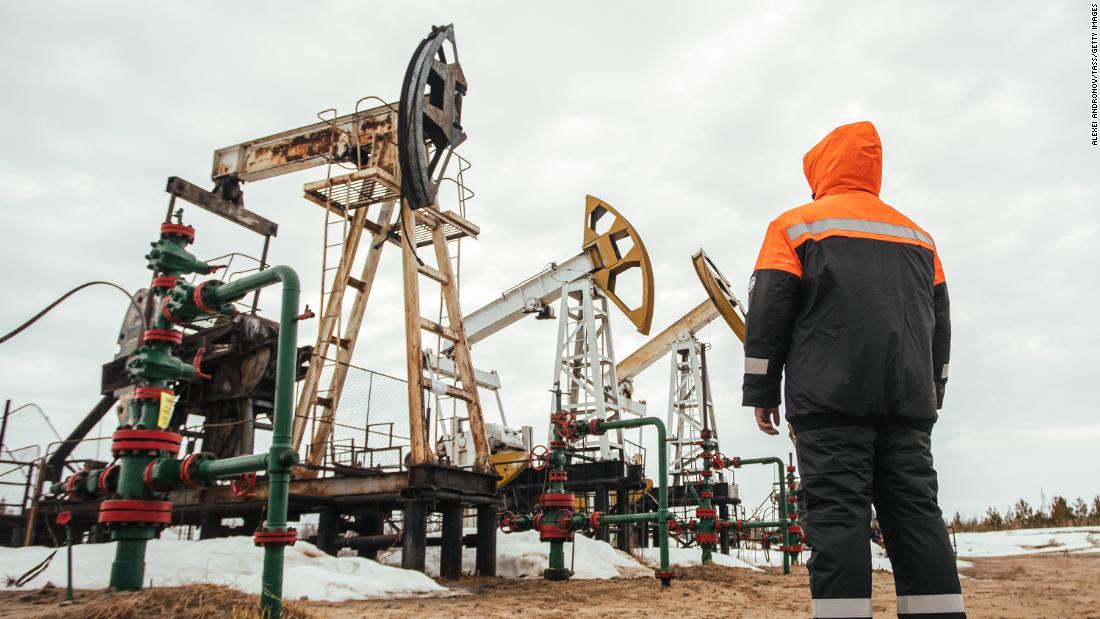 “This will save hundreds of thousands of energy jobs in the United States,” Trump tweeted Sunday. “I would like to thank and congratulate President Putin of Russia and King Salman of Saudi Arabia.”
Yet oil prices barely budged Monday, remaining near 18-year lows. And the S&P 500 energy sector (XLE) lost further ground, leaving it down a stunning 43% on the year.
The muted reaction on Wall Street reflects a realization that despite the historic nature of the OPEC+ cuts, they aren’t nearly deep enough to erase the epic supply glut facing the oil market.

“This will stabilize things a bit. It will slow the bloodletting,” said Matt Smith, director of commodity research at ClipperData. “But it’s absolutely not enough to rebalance the market.”

US oil prices finished 1% lower on Monday to $22.41 a barrel. That’s a far cry from the record 32% spike during the first week of April, when Trump first touted major OPEC production cuts.

The central problem remains the collapse in the world’s thirst for oil. The coronavirus pandemic has grounded countless flights. Highways remain empty. Many factories are still dark.

Bank of America is now projecting that demand will plunge by an average of 9.2 million barrels per day in 2020, more than double the 4.4 million drop initially projected.

“The demand implosion is immediate and deep, while the supply decline will likely happen in stages,” Bank of America wrote in a report Monday.

The good news is that the OPEC+ supply cuts lower the immediate risk of a disaster in the oil market. Demand was collapsing at such a staggering pace — and supply was increasing — that the world was rapidly running out of room to store oil. And reaching “tank tops,” as it’s called in the industry, could have sent oil plunging to single-digits or even negative territory in some places.

“This prevents the impending car crash that was happening in slow motion,” said Michael Tran, director of global energy strategy at RBC Capital Markets. “Dodging that iceberg is extremely constructive. But in the near-term, we continue to be plagued by the coronavirus.”

Storage space is still being pushed to the limit

Others fear that storage iceberg hasn’t been avoided altogether.

Even after the OPEC+ deal, Bank of America warned it still anticipates inventories will surge by 12 million barrels per day during the second quarter and another 1.5 million barrels in the third quarter.

That will push “global storage capacity to the limit…Plenty of downside risks remain,” Bank of America strategists wrote.

Part of the problem is that the production cuts may not be as big as advertised. Goldman Sachs says OPEC production is dropping by only 7.2 million barrels per day from average levels of the first quarter. And OPEC and its allies are notorious for “cheating” by producing more than they say they will.

Even if there is full compliance from OPEC members and 50% compliance from other nations, this agreement will reduce actual production by only 4.3 million barrels per day from first-quarter levels, Goldman Sachs said.

“Today’s agreement leaves the voluntary cuts as still too little and too late to avoid breaching storage capacity,” Goldman Sachs wrote in a report Sunday night. In fact, the bank said that “no voluntary cuts could be large enough” to offset the drops in demand.

In other words, market forces will be needed to cause deep output drops in the United States and elsewhere.

Goldman Sachs said that although oil prices will rebound in the long run, for now there will be further “weakness” in oil prices, perhaps even below the bank’s short-term forecast of $20.

However, few drivers can take advantage of cheap gas because of the health crisis. The vast majority of the country has been forced to work from home. And road trips aren’t an option either.

Yet cheap crude will continue to pose a serious threat to US oil companies, especially independent frackers that piled on too much debt.

Rystad Energy recently estimated that 140 US oil producers could file for bankruptcy this year if oil stays at $20 a barrel, followed by another 400 in 2021. That would cause countless jobs to disappear.

Perhaps this explains why Trump suggested the production cuts are deeper than people realize.

“Having been involved in the negotiations, to put it mildly, the number that OPEC+ is looking to cut is 20 million barrels a day, not the 10 million that is generally being reported,” Trump said in a tweet.

However, analysts expressed doubt about that claim, saying it likely includes reductions in supply in non-OPEC nations like the United States. But those cuts are market-driven, not voluntary. That is not what moves the needle for the oil market.

All of this means that a speedy return to healthy oil prices is likely not in the cards — despite the strong action taken by OPEC and Russia.

“The $50 scenario is extremely far-fetched in the near-term because coronavirus continues to take the oil market hostage,” said RBC’s Tran.