Cheer spreads through US oil market as lockdowns ease 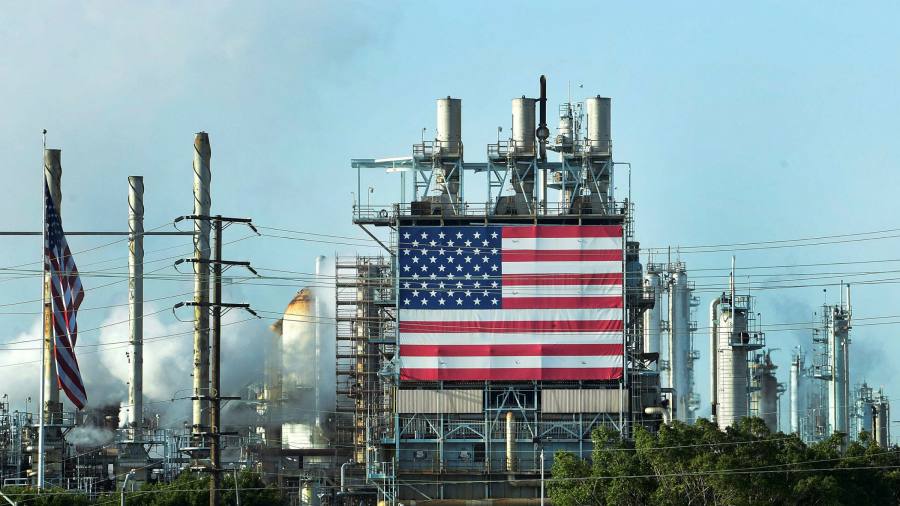 Analysts in the US oil market are growing increasingly confident of stronger prices, as coronavirus lockdowns ease and consumption creeps up just as production plummets.

West Texas Intermediate, the US crude benchmark, on Friday closed at $29.65 a barrel, up more than 40 per cent since the start of May, as traders responded to improving supply-demand fundamentals.

Oil products supplied to the US market — a proxy for demand — hit 16.8m barrels a day in the first week of May, said the federal Energy Information Administration. That is 4m b/d less than a year earlier but, crucially for market sentiment, 9 per cent higher than the week before.

US petrol demand, down about 30 per cent from a year ago, rose 3 per cent in the past week, said Patrick De Haan of GasBuddy, which analyses fuel prices and consumption.

The brighter outlook comes just ahead of an ominous moment for the market, as front-month WTI expires on Tuesday. Last month a historic capitulation during frantic trading a day before the contract expired drove its price to minus $40 a barrel, spreading havoc from China to North Dakota.

Regulators last week cautioned traders to be prepared for another plunge below zero. Duly warned, speculators have this time exited the contract in good time — open interest on Friday was about a third of the level it hit in the days before expiry in April.

“Never say never, but the potential for negative oil is very low at this point,” said Stephen Schork, editor of oil-market newsletter The Schork Report.

More significant for the market is that oil operators are shutting producing wells, cutting US output faster than many analysts expected.

Rystad Energy, a consultancy, said up to 1.5m b/d could be wiped from US supply by June, or more than 10 per cent from peak output near 13m b/d earlier this year. Standard Chartered, a bank, said production could soon drop beneath 10m b/d.

Dan Schnurr at Geospatial Insight, which monitors US tank farms using aerial imagery, said that while stockpiles at Cushing, Oklahoma, a crucial storage hub, were rising daily in the run-up to the WTI debacle last month, they are drifting steadily lower.

That fits with the view of some analysts that the market is turning.

Given the weak base, any recovery will probably be modest — and fragile. A price above $30 would bring back too much US supply, snuffing out a rally, say analysts.

The virus remains the other big weight on prices.

“You have 28m Americans who no longer have a job to drive to,” said Mr Schork, referring to models showing how many newly unemployed US workers would no longer be commuting. The market had not properly digested that colossal number, he suggested.

“I don’t know how you price in a great depression.”