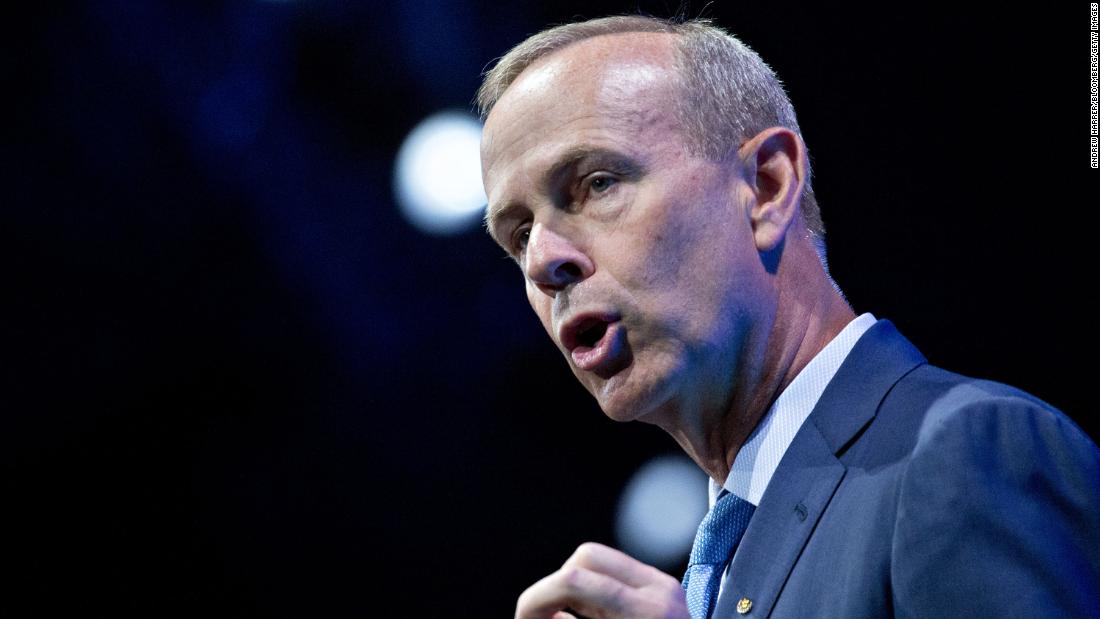 Facing $25 oil prices and a stock price that has been cut in half, America’s second-largest oil company is also considering laying off workers.

But there’s one thing Chevron (CVX) won’t touch: its coveted dividend. Even as other storied companies slash their payouts to brace for a looming recession, 140-year-old Chevron insists its dividend will survive the oil crash unscathed.

“Our financial priorities remain intact. And the dividend is at the top of that list of priorities,” Chevron CEO Michael Wirth told CNN Business on Tuesday. “Our shareholders depend on that dividend.”

Chevron, which traces its roots to 1879, hasn’t cut its dividend since 1932 during the Great Depression. In late January, Chevron boosted its dividend by 8%, marking the 33rd straight year of increases.

But the world is a very different place today. The coronavirus pandemic has shut down large parts of the global economy, setting the stage for a deep recession. Passenger planes have been grounded. Highways are empty. And factories have gone dark. All of that is causing an unprecedented decline in oil demand.

At the same time, Saudi Arabia and Russia are in the middle of an epic price war that is flooding the market with supply at the worst possible time.

Protecting the dividend at all costs

Against that uncertain backdrop, a slew of major companies have cut or even abandoned their dividends.

Goldman Sachs predicted earlier this month that the biggest oil companies, including Chevron and ExxonMobil, will avoid dividend cuts because they no longer need high oil prices to break even.

“Big Oils enter this downturn stronger and more resilient,” the Goldman Sachs analysts wrote in the report to clients.

Still, Chevron is aiming to slash its expenses by $1 billion. Wirth said the company is moving forward with a restructuring plan that began long before the oil crash. He added that Chevron has not “finalized” specific numbers around potential layoffs.

Like many of its peers, Chevron is reining in spending, including in the Permian Basin, the West Texas epicenter of America’s shale oil boom. Chevron is slashing its Permian spending by $2 billion, resulting in 20% less production there at the end of 2020 than previously expected.

In many ways, that’s exactly what Russia and Vladimir Putin wanted when they refused earlier this month to cut production despite the coronavirus shock. The goal is to recapture market share by drowning American frackers in a sea of cheap crude.

“I don’t know what Russia wanted,” the Chevron CEO said. “They didn’t phone me up and tell me.”

Saudi Arabia, the de facto leader of OPEC, responded by slashing prices and promising to ramp up production. US crude crashed to an 18-year low at $20 a barrel last week.
Although other oil executives like shale billionaire Harold Hamm have accused Saudi Arabia and Russia of “taking advantage” of the pandemic to “attack” US energy companies, Wirth signaled he’s moving on.

“I don’t have time to point fingers or get frustrated with things I can’t control,” Wirth said. “We can’t control oil markets or what other countries choose to do.”

Facing a wave of potential oil bankruptcies, earlier this month the Trump administration considered providing federal assistance to the shale industry.
But Chevron, like the oil lobby it is a member of, is rejecting calls for a rescue like the ones in the works for the airline, aerospace and travel industries.

“We’re not in favor of bailouts,” Wirth said.

Some oil CEOs have also urged Texas to restrict the state’s oil production, something regulators there haven’t done in more than 40 years. The goal would be to ease the crushing oil gut by putting a limit on the biggest source of supply.

Yet such a cap would go against the oil industry’s free-market ethos — and could backfire by keeping alive inefficient companies.

What if Chevron won the Anadarko bidding war?

That’s easy for a company the size of Chevron to say. It’s the smaller drillers and the ones that took on excess debt that are most at risk.

Chevron very nearly added a great deal of risk to its empire last year. The company reached a deal in April to buy shale driller Anadarko Petroleum for $33 billion.
Days later, Occidental swooped in with a better offer. Chevron had the financial firepower to top that bid. Instead, it decided to walk away.
Today, Occidental is in turmoil because that deal required it to pile on debt — just months before the collapse in prices. Fitch Ratings issued a rate triple downgrade of Occidental’s credit rating, leaving it in junk territory.

“We’ve moved on from that,” Wirth said of the Anadarko bidding war. “The market offers its own lessons. Anyone in this industry needs to be conscious of price discipline and capital discipline.”

Given where oil prices have plunged to, it increasingly looks like Chevron won that bidding war by losing it.