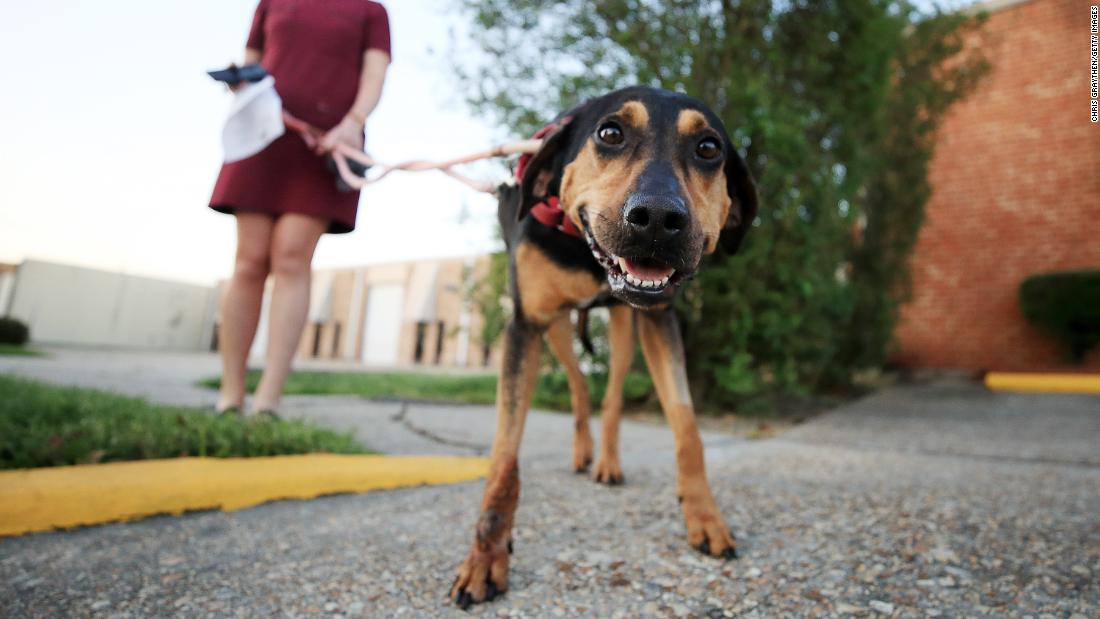 And the boom doesn’t appear to be over yet. Chewy CEO Sumit Singh told CNN Business that sales are robust even now, more than a month after stay-at-home orders were issued to most Americans.

“Demand has remained at elevated levels,” Singh said in an exclusive interview. “It’s reasonable to expect it will remain high up until the point that the economy opens back up.”

Part of that, Singh said, is because “stressed” Americans want to ensure they have “essentials secure for pets — who we treat as family members.”

‘It may not be out of happiness’

Chewy, which went public last summer to much fanfare, has never been profitable. It lost nearly $1 billion combined over the past three fiscal years and hasn’t predicted that this year will be any different.

Yet Wall Street is flocking to Chewy. Its share price has popped 52% this year, an impressive feat given the 13% decline in the S&P 500. Chewy has now doubled its $22 IPO price, making even some bullish analysts nervous.

The fast-growing company is benefiting from multiple trends converging during this crisis: rising pet ownership, panic buying and online shopping.

Stay-at-home orders have accelerated the ongoing shift toward e-commerce around the world. Target (TGT), for instance, said Thursday it’s enjoying Cyber Monday-like strength in digital orders, which doubled during the first quarter.

The $100 billion pet industry is no different. Singh said Chewy has seen a “meaningful uplift” of new customers who either can’t or don’t want to visit their local pet stores during the pandemic. And Singh said those customers are behaving “more or less” in line with existing customers.

Even before the crisis, Chewy reported 13.5 million active customers as of February 2. Sales per customer were up 10% to $360. Autoship, Chewy’s subscription-like sales metric, climbed 41% last quarter.

Chewy isn’t just luring new customers. It’s also capitalizing on a surge of new pets driven by rising adoption and fostering among Americans who suddenly have the time to take care of puppies and kittens.

“Pet adoption has gone up. New pets have gone up,” Singh said. “It may not be out of happiness, but folks do have time and they are craving companionship…We’re serving pet parents across their journey.”

That will only amplify the growing popularity of pet ownership in the United States.

UBS estimates that about 92 million US households will have at least one pet by the end of 2023, up from 85 million in 2018. And 90% of dog owners consider dogs to be part of their family, UBS said.

Against that backdrop, the pet industry has proven to be recession-resilient, if not recession-proof. Consumer spending on pet essentials climbed during the Great Recession, even as overall spending declined.

Cohen founded Chewy in 2011 at the age of 25 and later sold the company to PetSmart for $3.35 billion. He stepped down as Chewy’s CEO in 2018, just before PetSmart sold a minority stake through an IPO of the e-commerce company. Cohen handed the leash over to Singh, his handpicked successor.

“Chewy is in the right place at the right time,” Cohen said. “It’s one of the few beneficiaries in this pandemic.”

Other winners in the pet industry include PetMed Express (PETS), which owns online pet pharmacy 1800PetMeds, has seen its share price soar 44% this year. General Mills (GIS)reported a sales spike last month for its Blue Buffalo pet food brand. Amazon (AMZN), which also sells pet food, has experienced enormous demand across its platform and is hiring like crazy.

Yet some worry Wall Street’s love affair with Chewy has gotten excessive.

UBS downgraded Chewy’s stock this week to “neutral” from “buy,” arguing that many of these long-term trends are already reflected in the lofty stock price.

“We believe the market is not pricing in the necessary expenses to operate successfully in the midst of COVID-19,” UBS analyst Eric Sheridan wrote to clients.

Chewy faces two central challenges. It must meet skyrocketing demand — without endangering employees. And Chewy must figure out how to hold onto the customers it’s acquiring during this time of duress.

Chewy has been able to avoid major supply disruptions, so far, through careful supply chain planning.

“We got ahead of this,” Singh said. “I can’t say we fully planned for it because nobody could really see the extent of it.”

Now, Chewy is going on a hiring spree to cope with the strong demand. During a time of mass unemployment, Chewy plans to hire 6,000 to 10,000 people, mostly in the fulfillment centers as well as in customer service. That could nearly double Chewy’s existing workforce of 13,000.

To keep workers safe and confident, Chewy has increased cleaning procedures at its work sites, expanded its health benefits and revised its sick day policies.

And like other companies, Chewy created technology in just the past few weeks that enabled more than 90% of its customer service employees to work from home.

“We weren’t a work-from-home culture prior to this,” Singh said.

Chewy is investing heavily in its supply chain network to boost capacity. Despite the pandemic, Singh said the company is moving ahead with plans to open two new fulfillment centers this fiscal year, including an automated one in Pennsylvania.

“We’re in a high-spirit mode of innovation,” Singh said.

If Chewy fails to fill orders or satisfy customers, it risks leaving room for Amazon or another competitor to step in. That’s where Singh believes Chewy’s intense focus on customer service will be the difference.

“It’s not just making an e-commerce transaction, it’s the fact that we remember who you are and we create a connection with you,” Singh said, adding that Chewy keeps customer service “front-and-center, whether we’re in a pandemic or not in a pandemic.”