China Forgets the Coronavirus. A Writer Explores Its Amnesia. 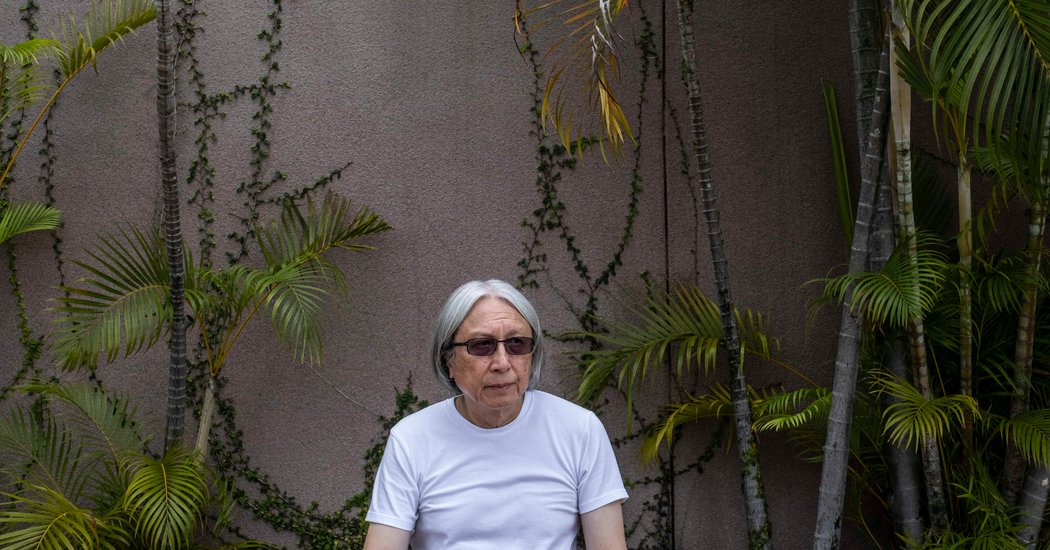 “It’s like nothing had happened,” Mr. Chan said in an interview. “I’m dumbfounded. How could they make a U-turn so fast?”

Mr. Chan wrote “The Fat Years” as a cautionary tale. Today, it seems all too real. A disaster brings suffering and death. Collective amnesia sets in. The Communist Party emerges stronger than ever.

Outside China, readers are turning to books capturing the mood of the moment, like Albert Camus’s “The Plague.” “The Fat Years” hasn’t enjoyed the same kind of resurgence. For starters, it is banned in China. Its pirated version was a sensation, but that was a decade ago. Few young readers know it.

Those who read it now, however, can come away unsettled. A young professional told me that she felt like she was reading about the past few months. One character, a nationalistic youth, reminded her so much of a relative that it made her shiver.

I was curious to find out how Mr. Chan feels to see his vision come true. I also wanted to know why his blissful dystopia — more “Brave New World” than “1984” — didn’t predict the harsher reality of today’s China.

Mr. Chan, 67, was born in Shanghai, raised in Hong Kong and made his name in journalism, film and literature in the Chinese-speaking world. For decades, he has kept his hair shoulder-length, parted in the middle and now gray.

He has lived in Beijing since 2000 — he is too fascinated by its people to leave, he said — but he has been hunkering down in Hong Kong since late March, when his newest novel, “Zero Point, Beijing,” was published in Hong Kong by Oxford University Press. The Chinese government may not be happy with it: Its main character is the spirit of a boy killed during the 1989 crackdown on protesters in Beijing’s Tiananmen Square. Though quite a few of his books have been banned in China, Mr. Chen had never before taken the precaution of leaving.

The boy spends days and nights searching for historical truth in a city that has seen so much brutality, even though he can’t find a reader for his writing. Mr. Chan based the protagonist on his Beijing friends who can no longer get anything published but continue their research and writing anyway.

“It’s a dark novel written in a dark time,” Mr. Chan said. “The Fat Years” was dark too, he added, but he was able to lighten it with satire.

“There’s nothing funny about the present,” he said, calling it “Xi Jinping’s Golden Age,” referring to the Chinese leader, adding, “there’s no more room for jokes.”

In “The Fat Years,” China plunges into anarchy for a month in 2011, during a second global financial crisis. Looting and arson break out. The Communist Party imposes martial law and jails and executes many, including the innocent.

The book begins two years later. While the world still wallows in crisis, China’s people are happy and prosperous. The country is ascendant. Starbucks is a Chinese name. The violence has been mysteriously forgotten. The main characters want to find out what happened.

Mr. Chan said he wrote “The Fat Years” after witnessing Beijing’s exuberance in 2008. It was a year of tragedies: a deadly winter, a Tibetan uprising, a devastating earthquake, the global financial crisis and the arrest of the prominent dissident Liu Xiaobo. But many people in China seemed to remember only the Beijing Olympics and how China came out of the financial crisis stronger than Western countries. Even the elite intellectuals enjoyed what they saw as a new openness in business and online.

Mr. Chan wanted to throw cold water on that wishful thinking. He believed that the party intends to govern forever and will do anything to survive.

“I felt that the Communist Party would never change,” he said. “But I’ve never expected that Xi Jinping could be so severe.”

Since then, as the party under Mr. Xi has tightened its grip on power, Mr. Chan has seen his friends detained, jailed and silenced.

But nothing prepared him for how quickly many people decided to forget about the suffering during the pandemic.

The Chinese internet was filled with grief and outrage when the epidemic first broke out. By the time the virus spread to Europe and the United States, Beijing boasted that it had “turned the tide” and urged other countries to learn from its playbook.

Public outrage was directed away from the local officials who covered up the outbreak. Instead, it was directed at critics like Fang Fang, the author who kept an online diary about Wuhan under lockdown and demanded accountability.

A Wuhan woman banging a homemade gong from her balcony while begging for a hospital bed for her mother in early February attacked Fang Fang online this month for using her as a tool. Fang Fang had simply retweeted one of her Weibo posts with a comment saying the public should remember Wuhan people’s experiences.

According to Mr. Chan, there’s another dynamic at work.

Spoiler alert: The protagonists of “The Fat Years” kidnap a high-level Communist Party official. He confesses that the government spiked the drinking water with Ecstasy, making the public docile and happy.

But how did the people forget the violence of 2011? Did the government use some kind of amnesia drug? No, the official tells them.

“It would be wonderful if we did have one,” he says. “Then our Communist Party could rewrite its history any way it wanted to.”

“If you ask me for the real reason,” he continues, “I can only tell you that I don’t know! You shouldn’t think that we can control everything.”

China is a country of bad memories. In the last century it endured civil war, invasion, famine, the Cultural Revolution and the Tiananmen Square crackdown. Its people have been urged to look to the future.

Yes, the government controlled the official outbreak narrative, Mr. Chan said, “but it couldn’t possibly be so powerful. The public collectively decided to forget, then the government simply gave it a push.”

Just like in the novel, he believes, the Chinese people get the rulers they deserve.

But aren’t the Chinese victims of information control themselves? I asked. With more information, they might wake up one day.

“Yes, they are victims. But they sometimes play the roles of perpetrator and victim at the same time,” said Mr. Chan. He cited the Red Guards of the Cultural Revolution, who brutalized imagined enemies. Few later apologized to their victims, Mr. Chan said.

“If the Chinese don’t try to hold the power accountable after waking up,” he said, “the rulers can always change the narratives based on their needs.”

Too much of China, we concluded, defies explanation. Mr. Chan said he doesn’t understand why some people put patriotism above truth or care more about Fang Fang’s diary than holding officials accountable. He doesn’t know why the young generation tolerates growing restrictions on movies, TV, games and the internet. And he doesn’t know why they forget so quickly.

“If you hear good explanations,” he said, “I’m all ears.”

As for my question about why “The Fat Years” didn’t predict China’s darker turn, Mr. Chan said he hadn’t imagined it. But I saw a hint of it in the novel, when the party official sneers at the naïveté of his captors.

“I can see that you lack the imagination to comprehend genuine evil,” he tells them, the images of a few party leaders who harbor true fascist ambitions coming to his mind.

“If any of these men came to power,” he thinks to himself, “not only China but the whole world would be in for terrible trouble.”