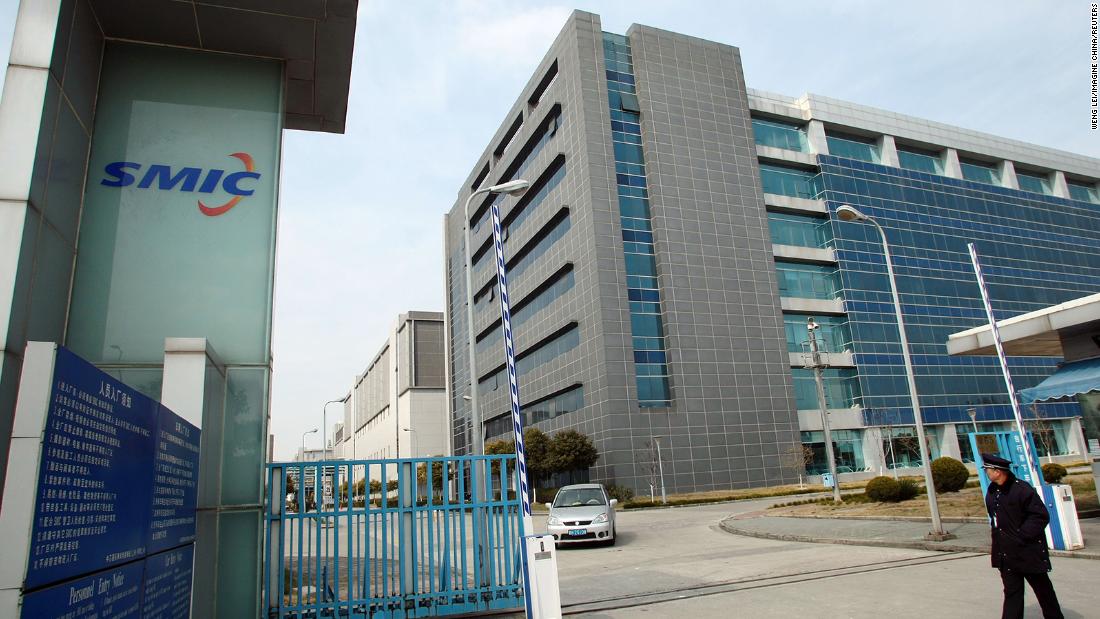 Semiconductor Manufacturing International Corporation (SMIC), which already trades in Hong Kong, said in a stock exchange filing last week that it wants to raise at least $6.6 billion. The bigger number would be hit if the company exercises an “over-allotment option” and issues additional shares in response to strong demand from investors.
A $7.5 billion raise would make SMIC’s offering the world’s third biggest share sale this year, according to Dealogic. It would also be China’s biggest offering on the mainland since Agricultural Bank (ACGBF) went public in 2010, according to data provider Refinitiv.
The company is the largest chipmaker in China, pulling in 22 billion yuan ($3.1 billion) in revenue in 2019. SMIC was the fourth largest standalone chipmaker in the world in terms of sales in 2018, behind Taiwan Semiconductor Manufacturing Co. (TSM), GlobalFoundries and United Microelectronics Corporation, according to IC Insights. But ranked among all semiconductor suppliers — including huge players like Intel (INTC) and Samsung (SSNLF) — the Chinese firm isn’t even among the world’s top 10.

SMIC, whose major shareholders are state-owned companies, said in its prospectus that it wants to use the money to invest in technology and catch up with its global competitors.

A listing in Shanghai suggests that SMIC thinks it can best grow by relying on Chinese investors. The company used to trade on the New York Stock Exchange, but delisted a little over a year ago, citing low trading volume. And in the weeks since it announced plans to list in mainland China, it has raised more than $2 billion from state-backed development funds.

SMIC hasn’t yet said when it will start trading, but it plans to list shares on China’s Star Market — a Nasdaq-style stock market that launched a year ago.

Much of China’s supply of chipsets comes from foreign companies, which power everything from Chinese smartphones and computers to telecommunications gear. Last year the country imported $306 billion worth of chips, or 15% of the value of the country’s total imports, according to government statistics.

Beijing has pledged to improve its chipmaking technology and match the industry’s most advanced leaders by 2030. Through its Made in China 2025 initiative, the country is trying to compete with the United States in developing the technologies of the future.

Analysts say that SMIC still has a long way to go to be a global competitor, though.

“SMIC currently lags behind TSMC in technology by about five years, and we believe the gap will persist over the next five years,” Citi analysts wrote in a research report last month.

TSMC and Samsung, for example, have the ability to produce tiny chipsets that can pack more technology into a smaller space, analysts from Jefferies wrote in a recent research note.

In its prospectus, SMIC admitted that it has to narrow the gap with global leaders, adding that it has to spend more on research and development to do so.

The Chinese chipmaker also faces risks as US-China tensions escalate, spilling over into everything from national security and trade to technology.

SMIC uses American-made software and equipment to create its chips, which it then supplies to other companies — including embattled Chinese tech firm Huawei. But in May, the US Commerce Department announced a rule restricting companies from exporting computer chipsets and other key components to Huawei if those firms use American equipment to make them.

“SMIC will definitely be required by the new US rule to obtain an export license from the US before being able to make any … chipsets for Huawei,” according to the Jefferies analysts. “It would, in our view, be unimaginable for SMIC not to comply with the new rule as it would risk being cut off from further supplies of US semi equipment and access to US software.”

The chipmaker warned in its prospectus that the US tech restrictions could create obstacles preventing it from providing products and services to its clients, though it did not mention any names. Trade frictions and diplomatic disputes between China and other countries could also affect the company’s overseas supply of raw materials and equipment, SMIC added.

— Julia Horowitz contributed to this article.