China PMI: The country’s factories just had a historically terrible month because of the coronavirus 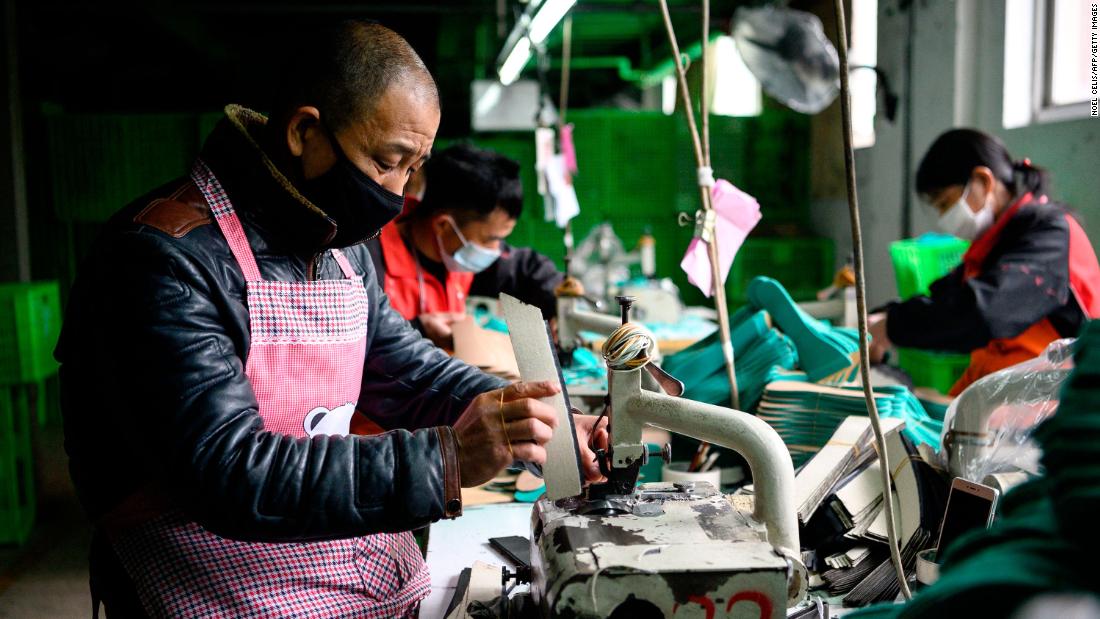 Manufacturing activity in the country fell to record lows last month, according to a closely watched private survey. The media group Caixin said Monday that China’s manufacturing purchasing managers index sank to 40.3 in February, down from January’s 51.1 and the lowest reading since the survey began in 2004. It was also well below the 45.7 that analysts polled by Reuters expected.

The Caixin survey came days after the Chinese government reported that its official manufacturing PMI plunged in February to an all-time low of 35.7, down from January’s reading of 50.

The official non-manufacturing PMI survey, which measures the services sector, skidded to 29.6 in February from 54.1 in January. Caixin’s services survey will release later this week.

A reading above the 50-point level indicates growth compared to the previous month, while anything lower shows a contraction.

A government-imposed factory shutdown weighed heavily on the manufacturing sector’s performance, according to Caixin, which also said that travel restrictions hurt the labor market and left firms struggling to fill roles last month. Production, new orders and staffing levels all fell at the quickest rates on record.

“Manufacturers were faced with great pressure to deliver orders with insufficient operational capacity amid the impact of the epidemic,” wrote Zhengsheng Zhong, chairman and chief economist at CEBM Group, in a statement that accompanied Monday’s Caixin survey.

February’s PMI data indicates that the initial economic shock inflicted by the outbreak was even more severe than during the financial crisis, economists from Societe Generale wrote in a Monday report. They said the service sector appeared to have been hit particularly hard.

“At the same time, they are not totally surprising for an economy that was pretty much on a total pause for half of the month and was running at less than 50% of its capacity during the other half of the month,” the economists added.

They also said the bad data may nudge Beijing closer to allowing more public infrastructure projects to go ahead after the government spent the last couple of years curtailing that activity while reining in risky lending and trying to reduce excessive debt.

The economists added that if the private sector can’t revive domestic demand quickly enough, “we could see a partial replay of 2009 stimulus.” In 2008 and 2009, Beijing injected nearly $600 billion into its economy to fight off the effects of the global slowdown.

Analysts at Nomura, however, said that it’s unlikely that Beijing will roll out big stimulus packages because of “limited policy space,” “inflationary pressures caused by a supply shock” and other factors.

Zhong, the CEBM economist, said the Chinese economy will likely experience a “significant rebound” as the coronavirus is gradually contained and more people return to work. He said that proactive fiscal and monetary policies will also help with the recovery.

The Societe Generale economists also expected a rebound in March, and expect China’s economy to grow 4% in the first quarter. But they admitted that forecast is under pressure, and said GDP could grow by just 2.5% compared to a year earlier if manufacturing and services activity isn’t strong enough.