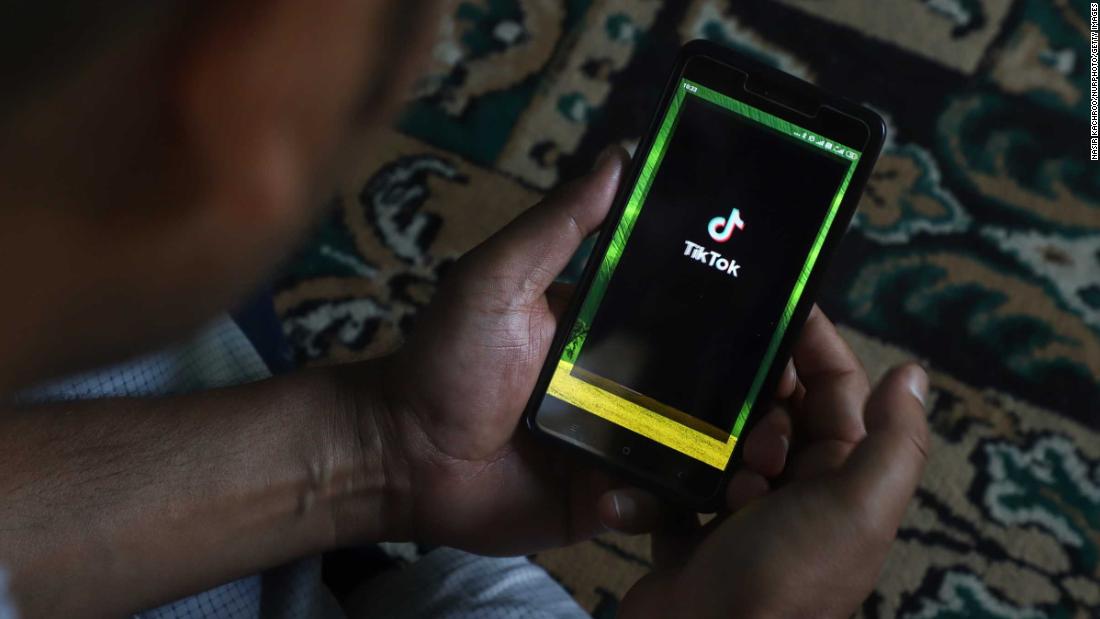 Zhao Lijian, a spokesperson for China’s Foreign Ministry, told reporters on Tuesday that the government was “strongly concerned” about the ban. He said that authorities were still “checking and verifying information on the situation,” but added that it was India’s responsibility to “uphold the legitimate rights of international investors.”

India announced Monday that it would block 59 Chinese apps including TikTok, Weibo and WeChat, claiming that the platforms posed a threat to the “sovereignty and integrity of India, defense of India, security of state and public order.”
TikTok, a hugely popular video platform owned by ByteDance, has been downloaded onto Indian phones 660 million times since its launch in 2017, according to analytics firm Sensor Tower. WeChat, a messaging app that is owned by Tencent (TCEHY), is one of China’s biggest social media apps. Weibo is a microblogging platform similar to Twitter.

The Indian government said in a statement Monday that it had received complaints about the misuse and transmission of user data by some mobile apps to servers outside the country. “The compilation of these data, its mining and profiling by elements hostile to national security and defense of India … is a matter of very deep and immediate concern which requires emergency measures,” it said.

The move to ban the apps is the latest escalation of tensions between India and China, which engaged earlier this month in border clashes in the Himalayas that left at least 20 Indian soldiers dead.

The stakes are high for both countries, which are facing huge economic hits this year because of the coronavirus pandemic. The clash has already caused trade hiccups, the suspension of business deals and calls for a boycott of Chinese goods and citizens in India.

According to the World Bank, India imports more goods from China than any other country, buying more than $90 billion worth of products in 2018 including machinery and electronics, chemicals and consumer goods. It exported less than a fifth of that amount to China.

Now, the spat is spilling over into technology, threatening billions of dollars worth of investments into India by Chinese tech giants.

India is now the biggest overseas market for Chinese smartphone makers, which have built factories and created jobs in the country. The attack on Chinese apps could jeopardize China’s ambitions to dominate global tech, with India viewed as a major growth market for internet companies such as ByteDance.

The app ban is a new battlefield in the Indian government’s fight to assert its strength and encourage Indians to use local goods, according to Gareth Price, a senior rsesearch fellow in the Asia-Pacific Programme at UK think tank Chatham House.

“Threatening to boycott Chinese goods or ban Chinese apps could potentially harm China, but it’s a bit of a hollow threat unless India has got alternatives in place,” Price said. “China makes the things that India wants to buy.”

If the ban remains in place, Chinese apps risk losing out on India’s booming digital advertising market, which is forecast to grow 26% to nearly 280 billion rupees ($3.7 billion) this year, according to advertising media company GroupM.

This is not the first time TikTok has run into trouble in India. The app was briefly blocked in the country last year after a court ruled that it could expose children to sexual predators, pornography and cyber bullying. It was later reinstated after a successful legal appeal.

— Rishi Iyengar and Sherisse Pham contributed to this report.