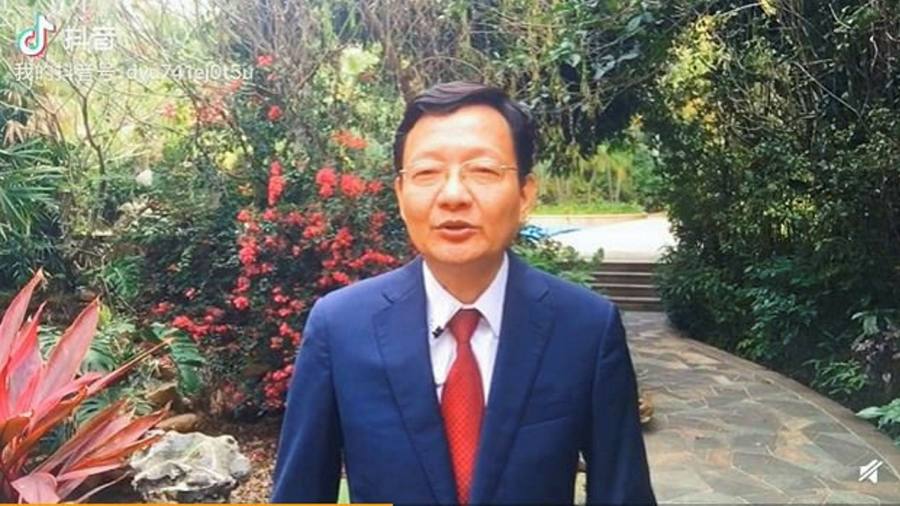 But Mr Li’s unshakeably optimistic outlook on Chinese equities has prompted scrutiny from authorities and a public backlash following the market rout caused by the coronavirus outbreak, with some investors blaming the star stock picker for their losses.

In one particularly ill-timed call, Mr Li in mid-February insisted the Chinese market was on the brink of a bull run, just days before stocks plummeted. Last year, his forecast that the Shanghai Composite index would hold above 3,000 points was repeatedly proved wrong as the US-China trade war whipsawed the market.

The 56-year-old economist, followed by more than 5.7m people on China’s Twitter-like social media platform Weibo, has now come under government pressure to stop broadcasting his views after being hauled before market regulators.

Official concerns around Mr Li’s posts stem from the fact that China’s stock markets are dominated by retail traders, many of whom have invested their life savings. Regulators have long feared that sudden market downturns will lead to social unrest if investors’ retirement savings are wiped out.

Mr Li, the chief economist at Yingda Securities, a mid-tier Shenzhen-based brokerage, has been consistently bullish on the Chinese market and has for years playfully tried to predict the movements of Shanghai’s main stock index. In some videos he wears oversized boxing gloves while talking up the market.

“When I talk with people — it doesn’t matter who it is — I want to contribute the most valuable and honest information that I can. And that information is on the markets,” Mr Li told the Financial Times, declining to comment on the recent controversy around his online videos.

His unbridled enthusiasm has now come back to haunt him after the coronavirus outbreak that started in January led to some of the worst trading days in China in more than a decade.

In late March, as markets were melting down, Chinese financial news sites reported that Mr Li had been summoned by Shenzhen’s securities regulators and accused of providing online equity trading advice that did not comply with regulatory standards for professionalism and objectivity.

The incident underlines market regulators’ high degree of sensitivity to public displays of anger among China’s retail investor base.

Mr Li’s brush with the securities watchdog, which he has declined to talk about, coincided with a widespread online backlash due to his failure to see the coronavirus crash coming.

“Comrade Li should be banned from entering the securities business for life!”, read one user’s comment on Weibo.

Blogger Liu Xiaobo criticised Mr Li on social media platform WeChat for not protecting investors from losses. “The fact that the regulator chose to call in Li Daxiao at this time indicates that the high-level [authorities] would much prefer rational analysis rather than brainwashing psychological tricks.”

“Retail investors find [Mr Li] to be exciting and will place bets on anything he talks about but institutional investors like us don’t find any meaning in this,” said He Jinzi, chief executive of Tianxiang Fund, a Beijing-based asset manager.

In his most recent videos, Mr Li has toned down his views on where the market is headed and has added his securities analyst licence number to new online posts. Analysts in China are required to add the number to all of their official reports.

But asked whether it has become more difficult for him to share his views online, Mr Li said only that he will continue to provide balanced information on the market.

While he may now be more hesitant to express his views so publicly, he remains bullish on the market — at least in private. “China’s [coronavirus] situation is better than anywhere else in the world right now . . . you can see there is much less volatility here than in other markets,” he said.