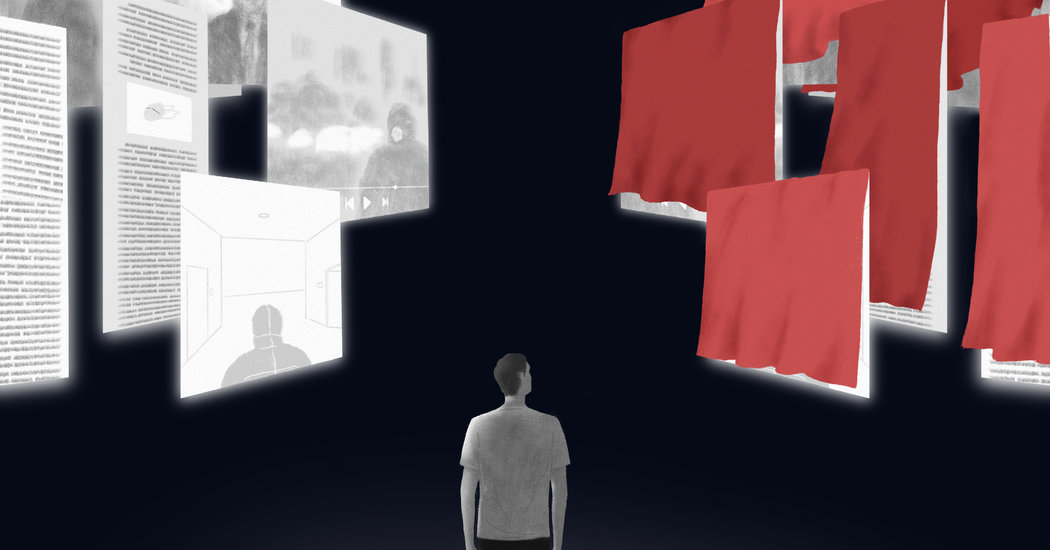 Trevor Noah, the host of “The Daily Show,” has won praise on the Chinese internet for his searing criticism of the Trump administration’s mishandling of the coronavirus pandemic. So has Jerry Kowal, an American who makes Chinese-language videos chronicling the dire situation in New York.

China’s response to the virus has its own sharp-eyed critics at home, and they have found a vastly different reception. One resident of the virus-struck city of Wuhan who writes under the name Fang Fang documented despair, misery and everyday life in an online diary, and has endured withering attacks on social media. Three citizen journalists who posted videos from Wuhan in the first weeks of the outbreak disappeared and are widely believed to be in government custody.

The pandemic unfolded dramatically differently in China from the way it has in the rest of the world — at least, if one believes state-run Chinese media. Chinese news outlets used words like “purgatory” and “apocalypse” to describe the tragic hospital scenes in Italy and Spain. They have run photos of British and American medical workers wearing garbage bags as protective gear.

A lot of the same miseries happened in China, but those reports were called “rumors” and censored.

For the Communist Party, keeping up a positive image for the Chinese public has long been an important part of maintaining its legitimacy. That facade was broken during the outbreak in late January and February, as dying patients flooded hospitals and medical workers begged for protective gear on social media. Some people started asking why the government suppressed information early on and who should be held accountable.

Then the United States and other countries bungled their own responses, and China’s propaganda machine saw an opportunity.

Using the West’s transparency and free flow of information, state media outlets chronicled how badly others have managed the crisis. Their message: Those countries should copy China’s model. For good measure, the propaganda machine revved up its attacks on anybody who dared to question the government’s handling of the pandemic.

For many people in China, the push is working. Wielding a mix of lies and partial truths, some young people are waging online attacks against individuals and countries that contradict their belief in China’s superior response.

These tactics aren’t new. Many Chinese children of my generation read a newspaper column for students called “Socialism Is Good. Capitalism Is Bad.” Each week, it described the wonders of China alongside the hardships of capitalist societies. The lesson: Socialist China takes care of its people, while people in the United States go hungry and the elderly die alone.

Even if the stories were true, they didn’t represent the full picture. Chinese children like me pitied Americans even when almost all of China lived in poverty. How much would we have envied them if we had known that most could eat meat whenever they liked?

Such campaigns became much easier to sell when China’s economy took off, and we could see the country’s progress for ourselves.

Now that mission is getting tougher. Even before the pandemic, China’s economy wasn’t growing the way it once had, and the government has been intruding more and more into everyday life. China’s propaganda machine has ramped up the volume to deliver its message, encompassing all of Chinese official media and the country’s social media platforms.

If that newspaper column existed today, it would be called “China Is Great. Whoever Says Otherwise Is Our Enemy.” And it would be impossible to avoid.

The subtitled video was widely distributed by Chinese official news outlets. Many of them used the same headline: “Blood is on their hands and they should all be sued!”

The Chinese official media and online commenters loved Mr. Noah even more after Bill Gates, the billionaire philanthropist, said on his show that the ebbing of cases in China was “very good news.” Global Times subtitled a clip of the praise, which has been viewed nearly 18 million times and liked a quarter of million times on the tabloid’s official account on Weibo, a Twitter-like platform.

“Trevor has the correct value system,” said a comment on a social media article that not only posted the video but translated many angry comments by American viewers. “I love this guy,” another reader commented in English.

“Is he ‘kissing the ass’ of China?” another social media blog post asked rhetorically. “No, he’s just telling the truth.”

Many of the same people praising Mr. Noah have been slinging arrows and rocks at Fang Fang, whose real name is Wang Fang, for telling the truth about China.

Her diary was moderate and personal, and a place where many of us turned for comfort during the darkest hours of China’s epidemic. But after Harper Collins announced plans to publish it in English, tens of thousands of online users descended on her Weibo account, saying she was a traitor for supporting the enemy’s narrative.

In a commentary, Hu Xijin, the Global Times editor, wrote that Fang Fang’s diary would be used by political forces abroad and that the Chinese people might have to “pay the price for Fang Fang’s fame in the West.”

The online backlash has been so severe, Fang Fang wrote on Weibo, that it reminds her of the Cultural Revolution, the decade of political violence and chaos that she saw as a child. The only comfort, she wrote, is that “this type of Cultural Revolution is only conducted in cyberspace.”

More obscure people have also been subjected to hate. A woman in Wuhan who lost her daughter received what she described as a “Fang Fang-scale online attack” after she shared her grief on the internet and questioned whether the tragedy could have been avoided.

One user, who claimed to be a Wuhan resident, too, reprimanded her. “You can only represent the 1 percent who are dead,” the user wrote. “You can’t represent Wuhan. Do not disturb the 99 percent of us who are enjoying life.”

Mr. Kowal, the American video blogger, won millions of views on Bilibili, a video site popular among young Chinese people, for his virus-related content out of New York. His videos also got him a 50-minute live appearance on China Central Television, the state broadcaster, to talk about the field hospital in Central Park and the shortage of personal protective equipment.

But such messages aren’t welcome when they’re about China. Three of Mr. Kowal’s Chinese counterparts, Chen Qiushi, Fang Bin and Li Zehua, had tried to do the same thing in Wuhan during the peak of the outbreak. Their videos can’t be found online in China; they were able to upload their videos only to YouTube, which is blocked in the country. All three men have since vanished.

In his last video, which streamed his four-hour standoff with the state police outside his door, Mr. Li, a former CCTV anchor, compared young Chinese people to the protagonist in “The Truman Show,” the Jim Carrey movie in which the title character’s whole life is a lie.

But the lie they are living in is worse, because it is fueled by hatred. A generation of people is learning to hate not only people like Fang Fang but foreigners as well.

After Boris Johnson, the British prime minister, was admitted into intensive care with Covid-19, mocking comments from Weibo users — like “Can I laugh?” — received thousands of likes. When the United States surpassed China as the country with the most confirmed infections, many Chinese commenters gloated, “Congratulations!”

Gauging real sentiment in an authoritarian society is impossible. But the belligerent online environment has made many people uneasy.

Cui Yongyuan, a well-known former talk show host, in a recent article compared the online warriors to the fighters in the anti-foreigner, anti-Christian Boxer Rebellion in 1900.

“There are more and more Boxers online,” he wrote. “The Qing dynasty became the enemy of the world because of the Boxers’ evil behavior. One need not look far for a lesson.”