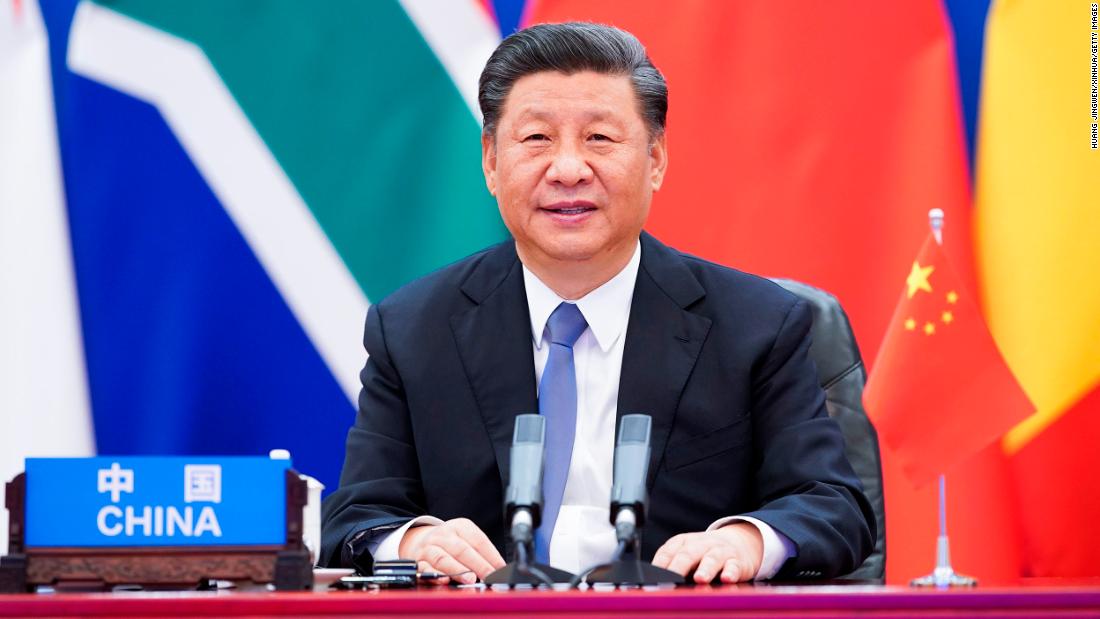 China will exempt certain African countries from interest-free loans due by the end of this year, President Xi Jinping said late Wednesday. He was speaking at a summit about how China and Africa can fight the pandemic together.

Xi did not say which African countries would be exempt or how much debt would be erased outright.

By independent estimates, African countries are substantially indebted to China. Some 20% of African government external debt was owed to China in 2018, according to an estimate from the Jubilee Debt Campaign, a UK-based charity group which advocates for debt cancellation for poor countries.
Chinese lenders signed $152 billion worth of loans to African countries from 2000 to 2018, according to a separate report published Thursday by the China Africa Research Initiative (CARI), a research program at Johns Hopkins University’s School of Advanced International Studies.

“The world is undergoing profound changes unseen in a century,” Xi said. “Given the new opportunities and challenges we face, closer cooperation between China and Africa is needed more than ever.”

A fraction of what Africa owes

The Chinese leader also promised that his country would offer “greater support” to African countries that have been hit hardest by the virus or are under financial stress. He suggested that China could give countries more time to repay other debts, for example.

Xi’s announcement comes as the coronavirus pandemic inflicts substantial hardship on some of the world’s most underdeveloped countries, including those in Africa — and pressure is building on creditors to step in. The International Monetary Fund and the World Bank, for example, have been calling on creditors to suspend debt repayments from Africa as a way to support some of the continent’s poorest countries as they grapple with fallout from the outbreak.

But analysts have pointed out that interest-free loans comprise just a fraction of the debt that African countries owe China. The CARI report pegged the total at under 5%.

In the early 2000s, such arrangements “made up a significant percentage of Chinese loans,” the report said. “However, as other sources of financing from China started to increase … [interest-free loans] became a smaller and smaller proportion of China’s total lending to Africa.”

Canceling African debt is also not new for China. China erased at least $3.4 billion worth of African debt from 2000 and 2019, according to CARI — mostly in mature, interest-free foreign aid loans that had gone into default.

But the “vast majority” of loans China has extended to Africa recently — including concessional and commercial loans — have never been considered for cancellation, the report added.

Xi’s announcement may be more about politics than it is about forgiving substantial amounts of debt. The president has in recent weeks made the preservation of his country’s diplomatic ties in Africa a key foreign policy strategy, as it faces a backlash among some Western democracies over its handling of the coronavirus pandemic.

China, meanwhile, has viewed Africa as an ally since the Cold War, and the two have become more closely intertwined in the past two decades — especially through trade and foreign investments. The value of bilateral trade has soared twentyfold since 2000, to around $209 billion in 2019, according to China’s official statistics.

The alliance with Africa has also given China a lot of influence on the continent, which has been a willing recipient of Chinese investment and infrastructure projects through Beijing’s Belt and Road Initiative. From 2014 to 2018, for example, China’s foreign direct investment in Africa soared by 44% to $46 billion, according to the most recent data from the United Nations’ Conference on Trade and Development.

The relationship between China and Africa hasn’t been entirely smooth, though. In April, Africans in the southern Chinese city of Guangzhou told CNN that they had been evicted from their homes by landlords and turned away from hotels as China’s warnings against imported coronavirus cases stoked anti-foreigner sentiment. Chinese officials said at the time that the country had “zero tolerance for discriminatory words and actions,” and that “China and African countries have always supported each other and have always fought against the virus jointly.”

And the decision to forgive debt comes at a challenging time for China’s economy, which earlier this year shrank for the first time in decades.

Recent data suggests that the recovery in China has been slow. Last month, for example, exports dropped as the coronavirus continued hurting the country’s major trading partners, causing demand to slump. And recent data about industrial production, investment activity and retail sales — all important barometers of China’s economy — has been underwhelming.

Even so, Xi said that strengthening the Belt and Road Initiative is important in the wake of the pandemic, and he reiterated that China and Africa share a “longstanding friendship.”

“No matter how the international landscape may evolve, China shall never waver in its determination to pursue greater solidarity and cooperation with Africa,” Xi said, adding that Beijing will continue to supply African nations with medical supplies, help them build hospitals and even allow some countries there to be among the first recipients of a Covid-19 vaccine, should China complete one.

— Jenni Marsh contributed to this report.