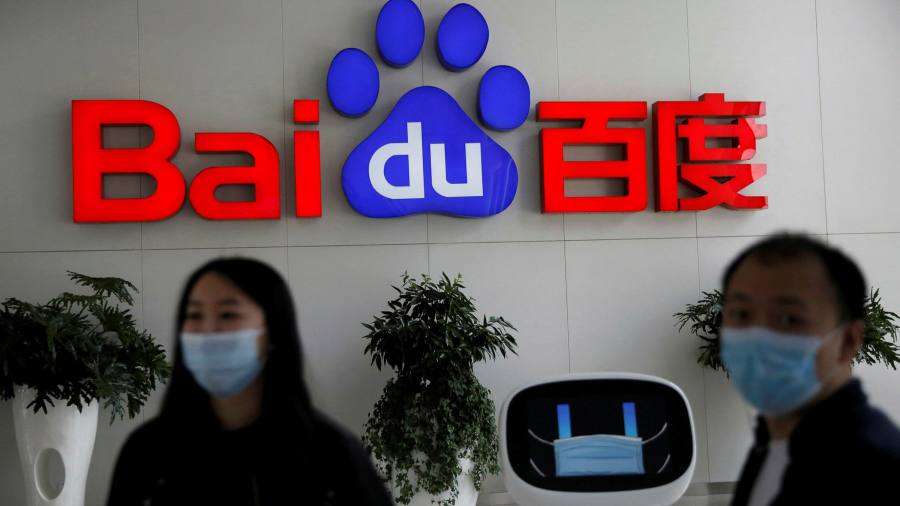 Baidu is considering its options over its Nasdaq listing as US lawmakers come closer to imposing tighter rules on Chinese companies trading in New York.

Robin Li, chief executive of China’s leading search engine, said his company was not worried about the prospect of its shares not trading in New York.

“The US government is constantly tightening its control of Chinese companies listed in the US,” Mr Li told China Daily. “Internally, we are constantly discussing what we can do in response, including a secondary listing in Hong Kong or other places,” he said.

“Our basic judgment is that if you are a good company, there are many options for where to list, and it is not limited to the United States,” Mr Li said on the sidelines of China’s annual legislative session. “We are not too worried that the suppression of the US government will have an irreparable impact on the company’s business.”

Baidu listed on Nasdaq in 2005, raising $110m, and US listings have long been a popular way for China’s tech companies to raise capital, given strict regulations at home. But US exchanges, lawmakers and regulators have become increasingly wary of Chinese listings amid the countries’ trade war and after accounting scandals such as that at Luckin Coffee.

On Wednesday, the US Senate passed a bill that could force some Chinese companies eventually to de-list from US exchanges because of issues around the accessing of audit reports by the Public Company Accounting Oversight Board.

The bipartisan legislation would de-list from US exchanges any company that does not comply with the accounting board’s audits for three consecutive years. Foreign companies would also be required to disclose whether they were owned or controlled by a government.

A similar bill was introduced in the US House of Representatives on Wednesday evening by Brad Sherman, a California Democrat. It is not clear when the House could vote on the measure.

Mr Sherman, who chairs the House subcommittee on investor protection, entrepreneurship and capital markets, said the legislation would protect US investors by ensuring that foreign-owned companies were subject to the same accounting scrutiny as US ones.

“Had this legislation already been signed into law, US investors in Luckin Coffee likely would have avoided billions of dollars in losses,” he said in a statement.

Beijing has long prohibited the US audit watchdog from inspecting the audit records of companies operating in its territory.

Baidu’s shares have lost roughly 60 per cent of their value since their peak in 2018, cutting its market capitalisation to $30bn.

A growing number of US-listed Chinese companies have turned to secondary listings in Hong Kong to lessen risk and broaden their investor base. Alibaba, China’s largest tech company, last year raised almost $13bn in the city and its rival online retailer JD.com has launched a similar process.

Reuters reported on Thursday that Baidu was considering delisting from Nasdaq and moving to an exchange closer to home to boost its valuation. Baidu said “the company has no comment on market rumours”. Nasdaq declined to comment.

Earlier this week Baidu reported that its first-quarter revenue fell 7 per cent from a year earlier as advertisers cut back on spending due to the coronavirus pandemic. Revenue at its core search and news feed business fell even faster, sliding 13 per cent.

Mr Li is Baidu’s largest shareholder, holding 16.4 per cent of its shares.