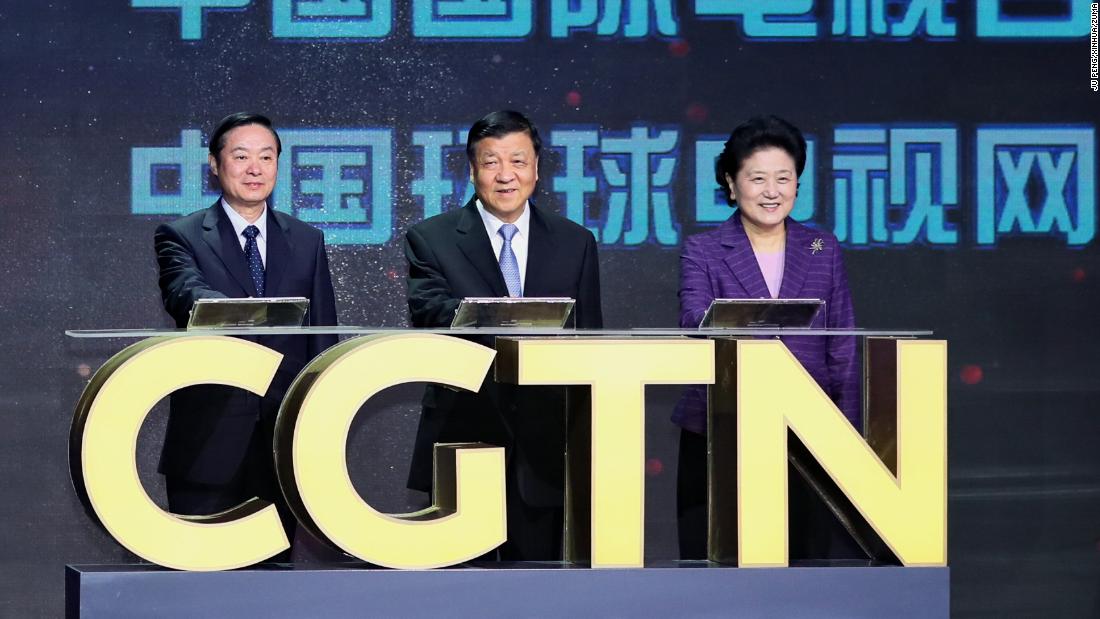 Ofcom said Tuesday that CGTN broke its rules in five separate broadcasts, giving disproportionate weight to the positions of government authorities in Hong Kong and China while not exploring the views or motivations of protesters.

In the United Kingdom, the news programming of television broadcasters is subject to impartiality and bias rules. Ofcom is able to issue fines when standards have been breached, and in some cases it has even revoked broadcast licenses.

CGTN is the international arm of Chinese state television, broadcasting in English in countries including the United States. The network has been scrutinized over its coverage of the protests in Hong Kong, a semi-autonomous Chinese territory that has been repeatedly rocked by clashes between police and pro-democracy activists.

During one broadcast about the impact of the protests on the economy, Ofcom found that CGTN made “no attempt to acknowledge or explore any alternative view at any point during the item, for example that the Hong Kong police may have played a part in escalating tensions with protestors or that violence may have occurred on both sides.”

The regulator found that a separate segment on emergency orders being implemented by Hong Kong authorities found that piece “closely aligned” with the government’s position and did not offer an alternative viewpoint.

“Ofcom considers that these five breaches, taken together, represent a serious failure of compliance,” the regulator said in its decision.

According to Ofcom, CGTN had argued that it had shown alternative points of view, highlighting one instance when it flashed front pages from foreign media that it said were critical of Hong Kong authorities. The network also said that as a Chinese state broadcaster, it had been “challenging” to find protesters that would agree to be interviewed.

The network also said that its broadcasts had likely caused little harm partly because of its “relatively small UK audience,” and that people are “unlikely to be surprised by the Chinese views aired on CGTN.”

But Ofcom was not convinced. The regulator will make a decision on any fines or changes to CGTN’s broadcasting license after the network responds to its findings. CGTN did not immediately respond to a request for comment on Wednesday.

CGTN has staff in more than 70 countries and recently expanded in Europe with a 30,000-foot bureau in London. Its bureaus employ both local and Chinese employees, though Chinese executives have final say on editorial matters. The network is a key part of the Chinese government’s strategy to push its messaging around the world. Beijing has recently been leveraging its state media apparatus to help muddy the waters of the coronavirus narrative.

CGTN staffers recently told CNN that while they are often left to report as they see fit on some topics, other subjects, like stories on the Hong Kong protestors are presented in a way that is favorable to the Chinese government, despite protests from Western staffers.

Nick Pollard, a former Ofcom board member hired by CGTN to help them navigate Ofcom rules, resigned last year in the middle of the Hong Kong protests, according to the Guardian. Another former staffer, who recently spoke to CNN on the condition of anonymity, said they also resigned in part because of the channel’s editorial decisions around the protests.

— Anna Kam and Sandi Sidhu in Hong Kong contributed to this article.