Chinese stocks are on an incredible run. But going too high, too fast is risky 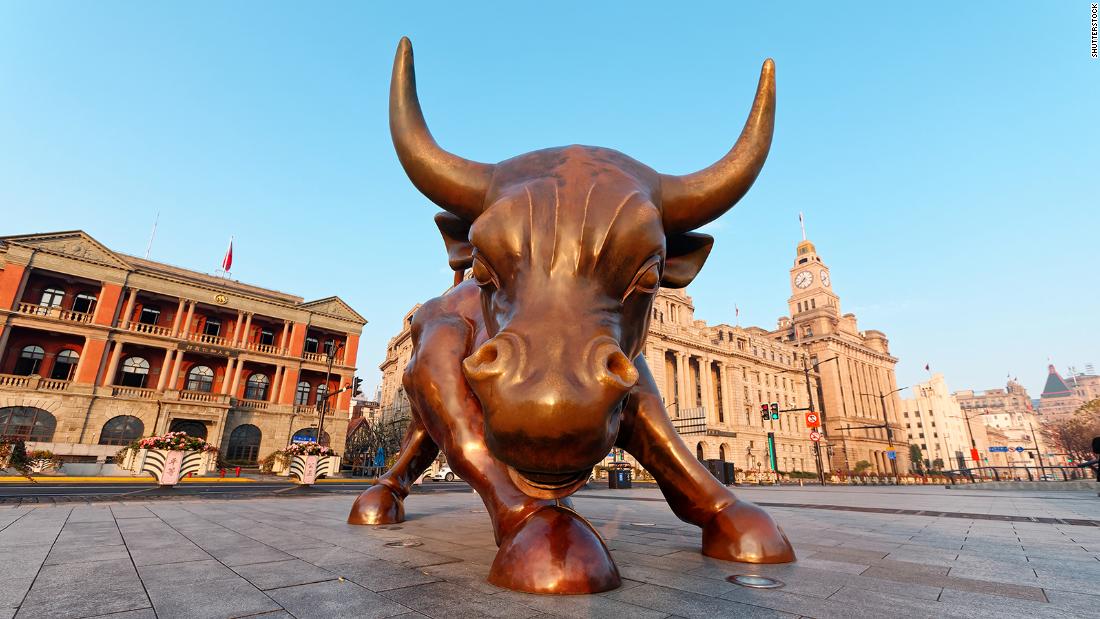 The benchmark Shanghai Composite (SHCOMP) Index stormed into a bull market to start the week as Chinese state media called on local investors to pour money into markets, assuring them that the economy is recovering from the coronavirus pandemic and the country is headed for a period of great prosperity. By Friday, the index had closed out its best week in five years. Trading volume exploded, with daily turnover soaring nearly 80% compared to last week.

International onlookers are noticing the surge. Goldman Sachs this week predicted the CSI 300 — an index of big cap stocks in Shanghai and Shenzhen — would rise another 15% within the next few months, which the analysts attributed to a “robust economic reopening” and “positive government rhetoric towards the equity market,” among other factors.

China’s stock markets are not open in the way other major international exchanges are. Virtually all investors in mainland stock markets are individual traders, according to recent survey data from the China Securities Depository and Clearing Corporation.

But the rally is significant for what it says about how eager the country is to project an image of a healthy stock market to the rest of the world, particularly as it comes under an increasing level of international scrutiny over its handling of the coronavirus outbreak and the implementation of a sweeping national security law in Hong Kong.

There are risks to jumping too high, too fast, though — something of which China seems keenly aware.

“A rising stock market will ease companies’ fundraising difficulties, boost the real economy and accelerate work resumption,” wrote the state-owned Economic Daily in a commentary piece published Friday. “But a bull market doesn’t mean we should let the market get out of control.”

Stocks cooled somewhat on Friday: The Shanghai Composite, for example, lost nearly 2%, though that wasn’t enough to kill its historic gain. State media reports attributed the retreat to news that the country’s social security reserve fund would unload hundreds of millions of shares in a major state insurer, the People’s Insurance Company of China — a warning sign that Beijing might think the market surge is happening too quickly.

Analysts also warn that the bull run could risk losing steam. Though China’s economy is recovering, it remains weak, said Silvers. He added that the economic implications of the security law in Hong Kong are also not yet known, and pointed out that tensions between the United States and China might cause more economic woes.

“To the extent that the image isn’t supported by underlying economic fundamentals, it may prove to be something of a mirage,” Silvers said. “Today’s equity bulls may pay the price.”

Some analysts pointed out that what is happening in China isn’t unique. The US economy, for example, plunged into a pandemic-fueled recession last quarter. Yet the stock market there just recorded its best three-month period in more than 20 years.

“The decoupling between stock prices and economic fundamentals is not a ‘China phenomenon’ per se, but a global one,” said Jing Sima, a China investment strategist at BCA Research. “In fact, Chinese stocks have not diverged from domestic economic fundamentals as much as their global peers.”

And just as US President Donald Trump frequently links the success of his presidency and the economy to how well the stock market is doing, former top officials in China have joined the country’s state media in arguing that a bull market is needed to offset economic headwinds.

“The central leading body of the [Chinese Communist Party] has never attached as much importance to the capital market as it does now,” said Xiao Gang, the former chairman of the China Securities Regulatory Commission, during a financial conference on Tuesday.

Xiao — who presided over the commission during the China’s stock market turbulence of 2015 — called on the country to transform its economy and compete with the West on technology and financial development.

But “using the stock market as a tool to shore up the economy is a risky strategy,” wrote Julian Evans-Pritchard, senior China economist for Capital Economics, in a Thursday research note.

He said there are some economic benefits to a market rally, such as making it easier for firms that are publicly listed to raise cash when their balance sheets are under strain. A flurry of trading activity would also directly boost GDP, he added.

But Evans-Pritchard said a state endorsement of rising prices would encourage investors to view the market as a “one-way bet.”

“Once a major rally takes hold, it can become self-feeding as retail investors pile in,” he said.

The biggest concern is whether the boom in China’s stock market could be followed by a major bust, like what happened in 2015. That summer, the Shanghai Composite collapsed 30% in three weeks after gaining 150% in a year. The volatility — which experts attributed to slowing economic growth and risky trading practices, compounded by a bullish state media — continued for months, triggering a global rout.

“Despite belated official efforts to tame the rally in 2015, prices kept rising and departing further from economic fundamentals until they collapsed under their own weight,” Evans-Pritchard wrote.

There are some similarities between now and then. The rise in 2014-2015 was characterized by new traders flooding into the market, wrote Oliver Jones, senior markets economist at Capital Economics, in a Thursday research note. He noted that trading volumes have increased in China recently, too.

Chinese state media is also once again acting as a cheerleader for the market surge. Jones noted that the Shanghai Composite and Shenzhen Composite indexes surged Monday “despite no major news on the economy or the spread of coronavirus, after an editorial in state media sanctioned the ‘healthy’ rally.”

But there are reasons to believe that things will be different this time around. Evans-Pritchard said it’s encouraging that the pickup in margin trading — using borrowed funds to make investments — is more modest than it was then. He added that tighter restrictions on secretive borrowing and lending practices should have also reduced risks.

“But stricter access to leverage won’t necessarily avert a bubble,” he said, adding that “officials will need to act quickly to take some steam out of the rally and prevent expectations becoming too one-sided.”