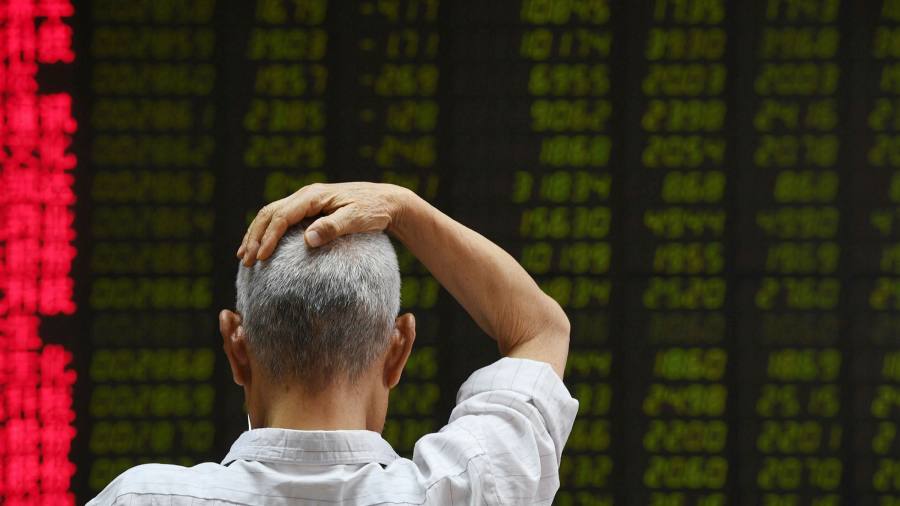 Chinese shares looked on course to snap an eight-day winning streak on Friday as the country’s stocks dropped in early trading.

The CSI 300 of Shanghai- and Shenzhen-listed equities fell as much as 1.2 per cent as a resurgence in US coronavirus cases rippled through Asia-Pacific markets. The benchmark trimmed some of those losses to trade 0.5 per cent lower.

Chinese equities have rallied sharply in recent days with the country’s state-run media cheering them on. As of Thursday, the CSI 300 was up about 10 per cent this week as retail traders seeking to benefit from China’s improving economy piled into the market.

The weakness in Asia-Pacific markets came after Wall Street’s S&P 500 closed 0.6 per cent lower on Thursday as three US sunbelt states — California, Texas and Florida — recorded their largest single-day increases in coronavirus-related deaths since the start of the pandemic.

Among the biggest losers were stocks directly affected by travel restrictions, such as airlines and those exposed to consumer spending. The tech-heavy Nasdaq index added 0.5 per cent to hit another all-time record.

Investors are concerned that surging coronavirus cases and deaths will slow the economic rebound in the US from the health crisis as lockdown measures are reintroduced.

Futures trading tipped the S&P to fall 0.1 per cent when US markets opened later in the day while London’s FTSE 100 was set to rise 0.5 per cent.

China’s renminbi weakened 0.1 per cent to 7.0008 per dollar and back past the important seven mark. The dollar index, which measures the greenback against a basket of currencies, gained 0.2 per cent.

Oil extended losses from the previous session as traders assessed the hit to demand from the US outbreak. West Texas Intermediate, the US marker, edged 0.4 per cent lower to $39.48 per barrel. Brent, the international benchmark, was down 0.2 per cent to $42.26 per barrel.

Gold, viewed by investors as a store of value during uncertain times, was up 0.2 per cent to $1,807.10 per troy ounce. The yield on 10-year Treasuries, another haven asset, was unchanged at 0.614 per cent.