Chris Matthews retires from MSNBC after string of recent controversies 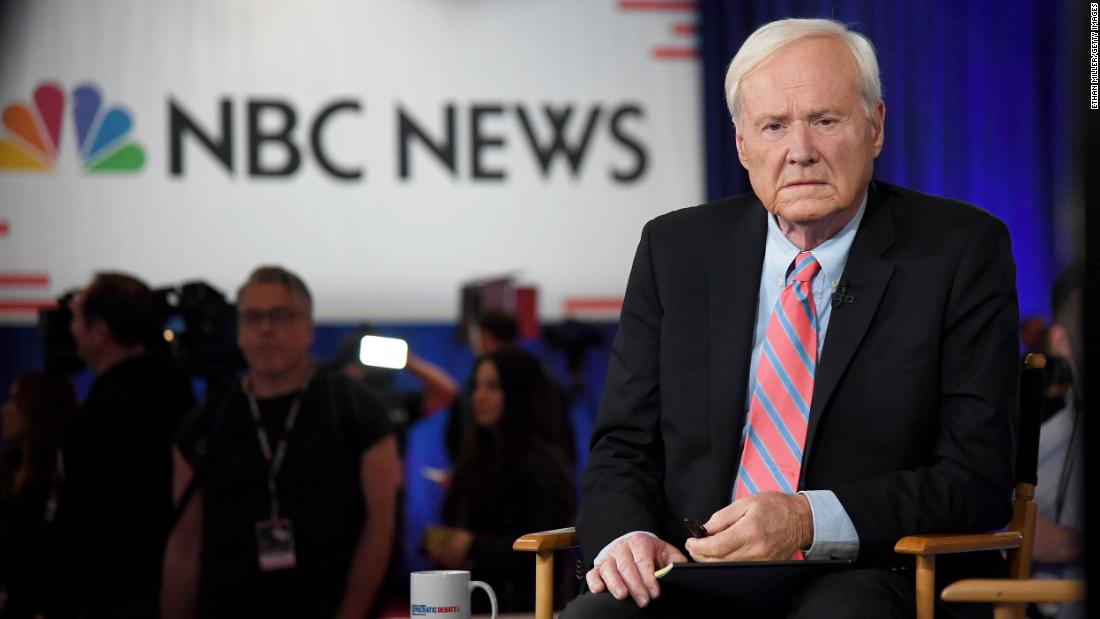 Matthews made the announcement on Monday night’s “Hardball,” the cable news show he has hosted for more than 20 years.

Monday will be his last broadcast, according to a person with knowledge of the situation.

Matthews, 74, has been a staple of MSNBC’s political coverage almost since the cable channel launched in the mid 1990s. Through all of the channel’s changes and rebrandings, he has been a familiar face.

But he has been in the news for all the wrong reasons lately — for likening the Bernie Sanders campaign to the Nazis, for misidentifying an African American politician, and for allegedly making sexist comments to a guest.

Verbal gaffes by Matthews have also caused embarrassment within MSNBC.

Claims of inappropriate conduct have also trailed Matthews. Last week GQ columnist Laura Bassett accused Matthews of making sexist remarks about the way she was dressed when she was a guest on “Hardball” in 2016.

The person with knowledge of the situation said Matthews has been in conversation with MSNBC executives about his retirement date for a period of months.

But the talks “accelerated,” this person said, after the recent controversies.

Matthews was expected to retire after this election cycle.

Matthews was noticeably absent during MSNBC’s coverage of the South Carolina primary on Saturday.

This is a developing story… Updates to come…