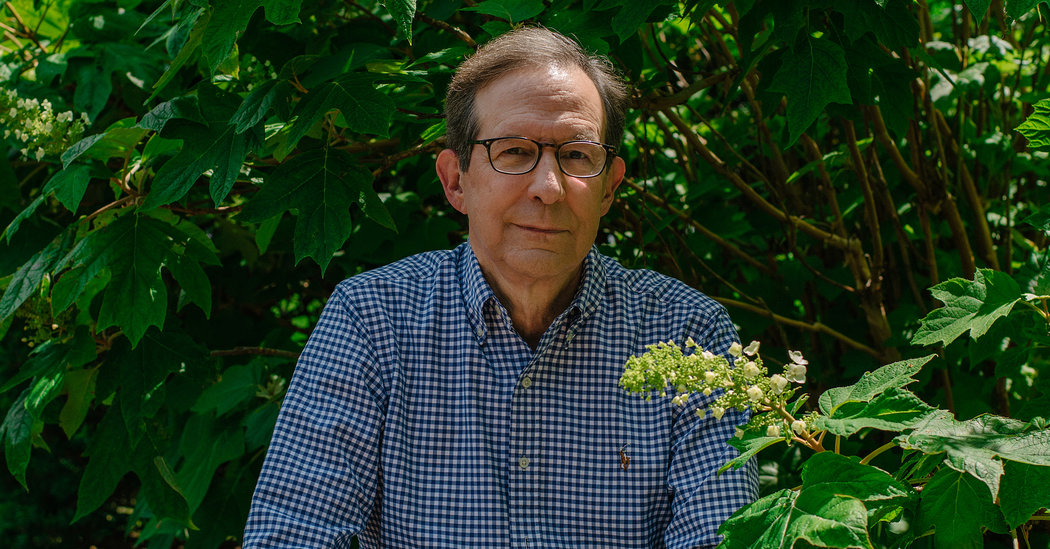 Chris Wallace is a registered Democrat who hosts “Fox News Sunday,” a child of two Jews who keeps a rosary by his bedside, a Washington wonk who has vacationed in Italy with George Clooney.

A son of the renowned correspondent Mike Wallace, he was schooled at Hotchkiss and Harvard and worked at NBC and ABC (including as host of “Meet the Press”) before landing at Fox News, an organization founded in part to bedevil the pieties of the Eastern establishment that had shaped him.

Presidents of both parties have regarded him with suspicion. Bill Clinton once accused him of having a “little smirk on your face,” Barack Obama avoided his program for eight years, and President Trump declared him “nasty & obnoxious” and a “Mike Wallace wannabe.”

All that is to say that Mr. Wallace, 72, is comfortable being a bit of an enigma. For every Trump loyalist who views him as a heretic, there is a liberal who wishes he’d denounce colleagues like Sean Hannity. (To be clear: He won’t.)

He broke ranks at Fox News by speaking out in December against Mr. Trump’s “direct, sustained assault on freedom of the press.” But he has also scolded mainstream journalists for showing an anti-Trump bias — “a big mistake,” in his words.

In an interview from his weekend home in Maryland on the shores of Chesapeake Bay, where he has been working remotely since March, Mr. Wallace was asked over Zoom if he experienced discomfort with the pro-Trump cheerleading spouted by Fox News’s opinion stars.

“Look, I work at Fox. Do I agree with some of the stuff I hear? Absolutely not,” said Mr. Wallace, who was hired by Rupert Murdoch and the network’s founder, Roger E. Ailes, in 2003. “In the end, I have decided that what matters to me is what I am allowed to do. And the fact is, in the 16 and a half years I’ve been at Fox News, I have never — by Roger Ailes first, now by the Murdochs — I’ve never been second-guessed on a guest I booked, a question I’ve asked.”

“I don’t pull punches, I’m not playing favorites,” he added. “That’s what matters ultimately to me.”

It is Mr. Wallace’s dual role as insider and outlier at Fox News that has made him an object of media fascination in the Trump era.

His occasional critiques of the administration are often met with rapture on Liberal Twitter, even as he recoils from what he sees as the showboating style of reporters like Jim Acosta of CNN. His restraint may be a throwback from his father’s heyday, but it can make Mr. Wallace’s appraisals all the more withering.

In recent weeks, he challenged the surgeon general, Jerome M. Adams, for playing down the risks of the coronavirus; pressed Treasury Secretary Steven Mnuchin on his “rosy predictions” for the post-pandemic economy; and mocked the administration’s defense of Michael T. Flynn, Mr. Trump’s former national security adviser. Last month, he castigated the president’s press secretary, Kayleigh McEnany, after she chided White House reporters at a briefing for questions she deemed irrelevant.

“I would have gotten up and walked out,” Mr. Wallace, who covered the Reagan White House for six years for NBC, said in the interview. “I don’t need somebody telling me what to say or what questions to ask.”

And yet Mr. Trump — who has turned Mr. Wallace into a regular piñata on Twitter, accusing the anchor of anti-Republican bias — remains susceptible to the Wallace allure. He granted Mr. Wallace lengthy interviews in 2016 and 2018, and the anchor would relish a reprise.

This month, Mr. Wallace published his first book, “Countdown 1945,” a chronicle of the 116 days in which Harry S. Truman ascended to the presidency and decided to drop atomic bombs on Japan in World War II.

“One of the things I loved most about coming up with the idea for the book, researching the book, writing the book, and now talking about the book, is it has nothing to do with Donald Trump,” Mr. Wallace said, laughing in the home studio — complete with Purell and disinfectant wipes — he uses for on-camera appearances.

Mr. Wallace rummaged the archives at the Truman Library in Missouri, where he was impressed by the president’s agonized decision-making as he weighed the moral costs of a nuclear attack. The book, he said, was a chance “to take a key moment in history and really drill down, almost like a novel.”

He knows history is happening in real time, too, comparing the protests sweeping the nation to the tumult of 1968. “We seem almost paralyzed by our polarization today,” he said at an online forum last week, though he was quick to add a pox-on-both-houses caveat: “It didn’t begin with Donald Trump. It’s been a steady decline in the 40 years I’ve been in Washington.”

As a teenager Mr. Wallace worked as a gofer for Walter Cronkite at the 1964 Democratic National Convention. He covered student protests for Harvard’s radio station, filing from a county jail where he had been detained. (“This is Chris Wallace in custody,” he signed off.)

After a stint at The Boston Globe, he joined NBC News in 1975, rising to co-anchor of the “Today” show and moderator of “Meet the Press.” As the network’s chief White House correspondent, he had a feisty reputation, squabbling with Sam Donaldson of ABC News over camera positions in the briefing room. British authorities once threatened to revoke his press credentials after he shouted a question at Margaret Thatcher during a photo-op.

When he jumped to “Fox News Sunday” in 2003 from ABC News, where he had worked since 1989, skeptics said Mr. Ailes would use Mr. Wallace’s presence to bring gravitas and a famous broadcasting name to a news channel whose most popular shows — then and now — were sharp conservative punditry.

Mr. Wallace has occasionally needled his Fox News colleagues, including an on-camera rebuke to the hosts of “Fox & Friends” in 2008 for their carping coverage of Mr. Obama. But in interviews, he repeatedly demurred when pressed about his comfort level with Fox News’s pro-Trump prime-time.

“Why would anyone want to parade what they think about their colleagues in public?” he said, adding: “I’m responsible for myself.”

But is the Fox News brand now too closely associated with Trump?

“The president doesn’t seem to think so,” Mr. Wallace replied. “He’s pretty critical of Fox. He’s certainly critical of me.”

Rivals continue to take notice of Mr. Wallace’s skills: CBS approached him about taking over the “Evening News” anchor chair in 2017, though he ultimately declined. “Chris is a master of the old ways: sobriety, objectivity, a willingness to go wherever the facts take him,” said Jonathan Klein, a former president of CNN.

Mr. Trump, meanwhile, has said the anchor “will never be his father,” seizing on the complicated relationship between Mike Wallace and his son.

Mr. Wallace’s parents divorced when he was a year old, and he was raised by his mother and stepfather, Bill Leonard, a former president of CBS News. When Mr. Wallace was in high school, his older brother, Peter, died in a climbing accident in Greece, prompting father and son to reconnect. The Wallaces eventually became close, barring some hiccups — like when Mike stole an interview from Chris with the comedian Chris Rock.

Though his parents were both Jewish, Mr. Wallace — named Christopher because he was born on Columbus Day — attended Episcopalian prep school in a uniform bearing a small cross, startling his Jewish grandmother.

His wife, Lorraine, who was formerly married to Dick Smothers of the Smothers Brothers, is Catholic, and the two attend church on Christmas and New Year’s. At home, the anchor, who has four children from a previous marriage, keeps a rosary on his bedside table, a gift from his wife. “I touch it every night and say a little prayer,” he said.

“Countdown 1945” is dedicated to Lorraine, and it was she who brokered the couple’s Italian jaunt with Mr. Clooney.

The anchor and movie star had bonded over family business: the actor’s father, Nick Clooney, was a longtime news anchor. (Mr. Wallace said he last spoke with Mr. Clooney at the start of lockdown period: “He was in Los Angeles, and he was complaining that he had to do all the dishes and much of the laundry.”)

In 2012, at a White House Correspondents’ Dinner, Lorraine Wallace mentioned to Mr. Clooney that she’d always wanted to visit Lake Como, where he keeps a villa. “She has the guts of a burglar,” Mr. Wallace said, admiringly.

Months later, the couple was soaking up the Italian sun when Mr. Wallace’s inbox began to light up. Mitt Romney had just named Paul Ryan as his running mate. Would the anchor fly back to Washington for an exclusive interview?

Mr. Wallace’s response was swift: “Are you out of your mind?”