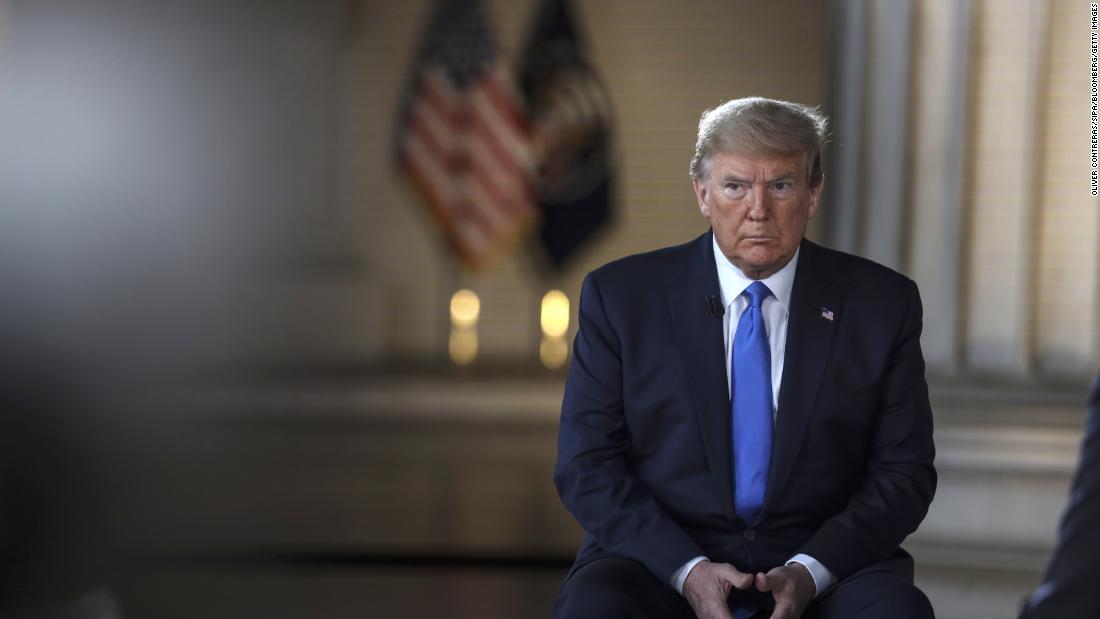 In response to a request for comment from CNN Business, the campaign claimed that the ad is accurate and attacked the network’s editorial decisions.

The Trump ad, titled “American Comeback,” was introduced on Sunday night. The campaign says it is spending “mid-seven figures,” at least several million dollars, to run the ad on cable and broadcast channels.

The ad takes a segment from CNN’s “The Situation Room” out of context. On March 30, anchor Wolf Blitzer asked Dr. Sanjay Gupta, “Well, is it accurate that if these steps had not been put in place, the stay at home orders, the social distancing orders, as the President said yesterday, it could have been 2 million people down here in the United States?”

Gupta responded, “I mean, you know, these are all models, Wolf. It’s a little tough to say, but, you know, if you talk about something that is spreading, you know, very robustly throughout a community. You know, two to three times more contagious than flu, and up to 10 times, perhaps even more than that, more deadly than flu, then yes.”

Blitzer’s question was about “stay at home orders” and social distancing, but in the campaign ad, that portion of his question was omitted. After Blitzer and Gupta are shown on screen, the ad cuts to taped video that invokes Trump’s restrictions on travel from China, like an airport screen showing cancelled flights.

Blitzer is heard asking, “Is it accurate that if these steps had not been put in place … it could’ve been 2 million people dead here in the United States?” And Gupta is heard saying, “yes.”

Rick D. McMurtry, associate general counsel for WarnerMedia, wrote in a letter to Tim Murtaugh, the Trump campaign’s communications director, that “the advertisement purposely and deceptively edits the clip to imply that Mr. Blitzer and Dr. Gupta were crediting the President’s travel ban policy issued in January for saving millions of American lives, when in fact Mr. Blitzer and Dr. Gupta were discussing recently implemented social distancing guidelines and stay-at-home orders issued by state and local governments.”

“CNN hereby demands that you discontinue airing the advertisement with the CNN clip that has been distorted in such a way as to mislead the public,” McMurtry wrote.

In a statement to CNN Business, Murtaugh responded: “No discussion of efforts to prevent American deaths from the coronavirus can be had without the understanding that President Trump restricted travel from China in January. Based on that alone, the ad is accurate.”

CNN learned about the ad last Friday when it was submitted as part of a Trump campaign ad buy. Television networks routinely review ads ahead of time for objectionable content.

According to McMurtry’s letter, CNN contacted the Trump campaign’s ad agency, Harris Sikes Media, to demand the ad “be edited to remove or correct the misuse.”

In Murtaugh’s response on Monday evening, he said CNN is “once again the only outlet to reject a Trump campaign ad, and has now rejected multiple Trump ads that are demonstrably accurate.” He called the network “effectively a Joe Biden Super PAC,” yet another signal that anti-media rhetoric is a major part of Trump’s re-election strategy.

Trump’s ad makers have repeatedly used CNN footage, despite the President’s frequent broadsides against the network.

Separately, the Trump campaign is suing a TV station in Wisconsin for airing a commercial from Democratic super PAC Priorities USA that, it says, uses clips of President Trump speaking in a way that is misleading. The station, WJFW, has not commented on the lawsuit, but the station’s owner has retained a high-profile law firm as representation. Numerous other station owners and media advocacy groups have expressed support for the station.