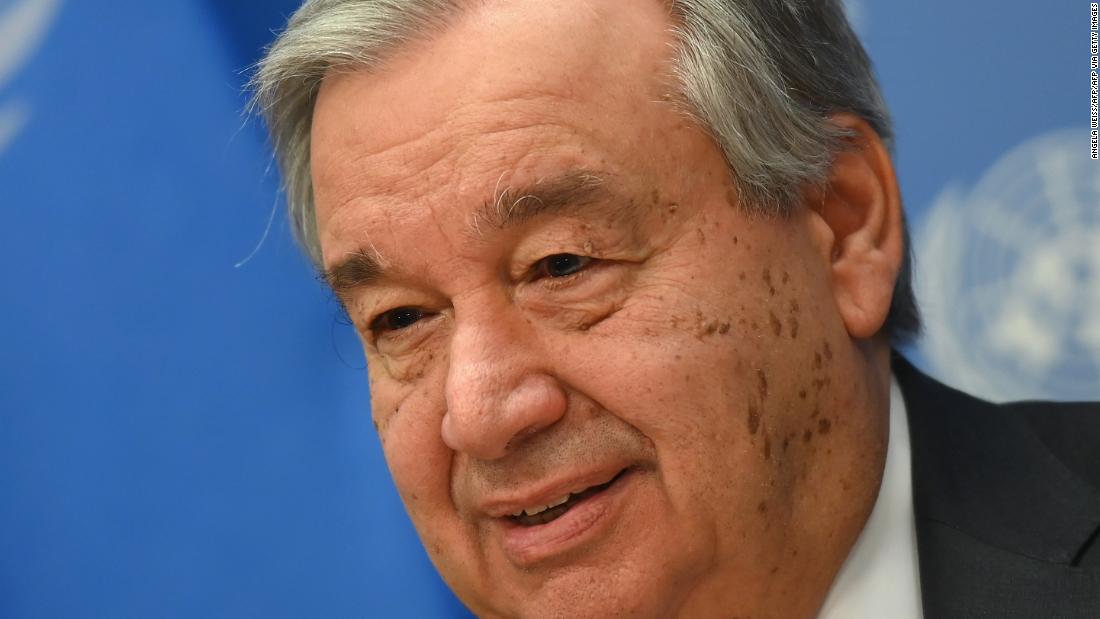 “Coal has no place in Covid-19 recovery plans,” he said on Thursday, via video link during an online summit hosted by the International Energy Agency (IEA).

The summit included 40 government ministers from countries around the world, representing 80% of global energy use and emissions. Its aim was to set out plans to reduce global emissions while also boosting economic recovery after Covid-19.

But he said many others had missed the point.

“Some countries have used stimulus plans to prop up oil and gas companies that were already struggling financially. Others have chosen to jumpstart coal-fired power plants that don’t make financial or environmental sense.”

He added that new research on recovery packages in G20 nations show that twice as much recovery money has been spent on fossil fuels as on clean energy.
A blueprint released by the IEA in June called on governments to invest $3 trillion in a green recovery.

It said failure to act now would risk a repeat of the aftermath of the 2008 global financial crisis, when governments did not prioritize stimulus spending on climate, allowing CO2 emissions to bounce back with what the IEA describes as the largest increase ever recorded.

Guterres said as nations channel “trillions of dollars of taxpayers’ money into recovery strategies” they must invest in a more sustainable future.

“We can invest in fossil fuels whose markets are volatile and whose emissions lead to lethal air pollution, or we can invest in renewable energy which is reliable, clean and economically smart,” he said.

At the summit, Zhang Jinhua, director of China’s National Energy Administration, said the country, which accounts for more than 50% of global coal use today, is committed to developing its clean energy sector.

Fatih Birol, executive director of the IEA, told CNN that he was “heartened” by China’s response. He added that the summit, which drew over half a million online viewers, proved there was a widespread desire for change.

“There is a global momentum to build a sustainable economic recovery process and momentum for clean energy transition,” he said.