Comfort Viewing: 3 Reasons I Love ‘Little House on the Prairie’ 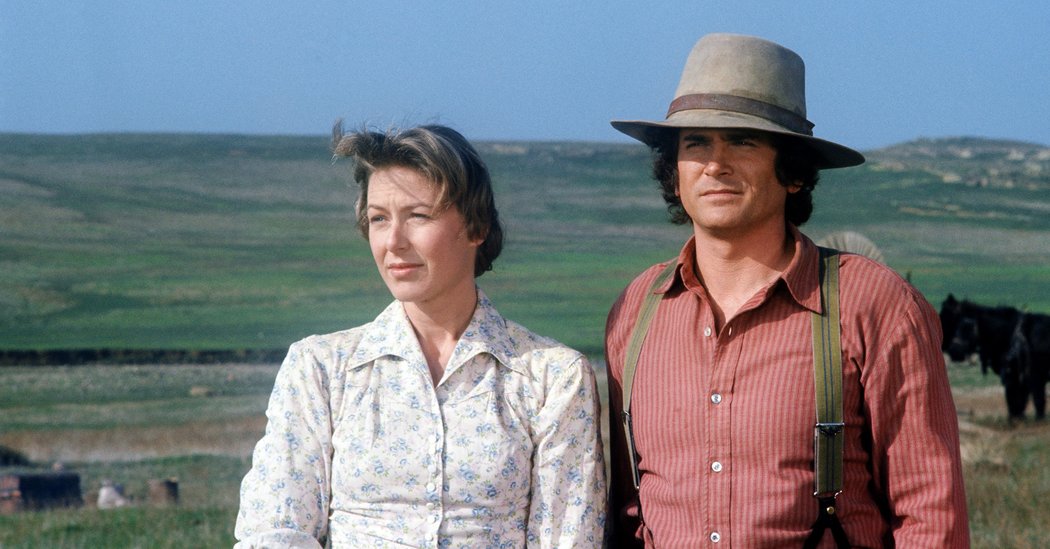 LOS ANGELES — About 15 years ago, I stopped by the old Tower Records on the Sunset Strip in West Hollywood. I browsed the CD area. Meh. But I did find a DVD that I couldn’t live without, and I brought it to the register, where a trendier-than-thou clerk suddenly appeared.

I wanted to flee the second I saw her. This transaction was going to end with my self-esteem in a puddle. I could feel it.

Sure enough, she glanced at my item and wrinkled her nose in unmitigated disgust — what loser would spend money on this? I think I muttered something about it being a gift. Yes, I wanted a carry bag … to put over my head.

It was “Little House on the Prairie,” Season 1.

No more hiding: I’m a big ole Bonnethead. “Little House,” which ran for nine homespun seasons on NBC starting in 1974, feels like one of my grandma’s quilts. Some scratchy spots. But comforting and familiar and one of the first things I reach for when I’m feeling extra vulnerable, as has been the case lately in quarantine. It helps put the problems of today into perspective. “We’ve come through worse,” Ma says wisely when anything bad happens.

Wilder’s stories about Midwestern farmers in the late 1800s are not particularly inclusive. Some people find them racist because of depictions of Native Americans. But the show handled story lines about pioneer prejudices and gender inequality much more deftly than nonviewers might assume. (The inimitable Alison Arngrim, who played Nellie, has spent the shutdown reading Wilder’s books out loud on Facebook Live. She even dons a bonnet.)

At its best, “Little House” is perfectly balanced between sweet and sour. The purring Rev. Alden offsets the carping Mrs. Oleson. There are cloying moments, like when Laura spends two very special episodes climbing a mountain to get close to God. But the show also deals with dark topics like child abuse and drug addiction.

In one memorable episode, “Plague,” a typhus outbreak forced the flinty prairie dwellers to stay at home in panicked isolation.

Unlike real life, however, everyone is happy and healthy within an hour, thanks to Doc Baker and his silk-neck bow. It’s a miracle!

Here are three more reasons “Little House” has been on heavy rotation in my Los Angeles apartment in recent weeks:

Things get weird in later seasons, like when Laura and her sensitive brother, Albert, hop a train to San Francisco and bump into William Randolph Hearst. (Confession: Albert, played by Matthew Labyorteaux, was my fourth-grade crush. Va-va-voom.) But most early episodes, the ones where the Ingalls children are young, have uncomplicated, unhurried story lines — Mary loses her nickel, Laura goes fishing — that transport me to a more carefree time. Suddenly, the world is a place of wonder again. I can feel the grass on my bare feet.

Sometimes I like to play the opening credits and pretend that I’m taking a nap amid the white and yellow wildflowers on that verdant hill. (TMI?)

The people of Walnut Grove, Minn., can solve any problem through hard work, self-sacrifice and community can-doism. Oh, no! Pa injured himself and can’t stack those heavy bags of grain. If they aren’t stacked by midnight, he will default on a loan, and the Ingallses might be ruined forever. Bam: Mr. Hanson, the kindly lumber mill owner, drops everything to help.

Ma needs a new stove but can’t afford one? A tearful Laura secretly sells Bunny, her beloved filly, to raise the money. “But she loves Bunny so!” Ma cries as Laura hands over the reins.

“I think she loves you more,” Pa says.

Bunny’s departure always makes me blubber. (Spoiler: Laura gets her back a couple seasons later.) Tears also start to cascade when Ma, refusing to accept that a freakish storm has ruined all the wheat, leads the other wives into the fields, Joan of Arc-style, to manually salvage what they can.

One of my favorite episodes finds Mary traveling to a state math contest. She places second and sobs on the way home — she feels like she let the town down, especially since a collection was taken to pay her way. Making matters worse, she arrives home to find everyone in town cheering: Did the residents, gulp, mistakenly think that she had won?

Nope. They’re proud of her anyway.

I know that sentimentality isn’t cool. It’s too common. But when the going gets tough I don’t want to think too hard. I want the emotional signposts clearly marked.