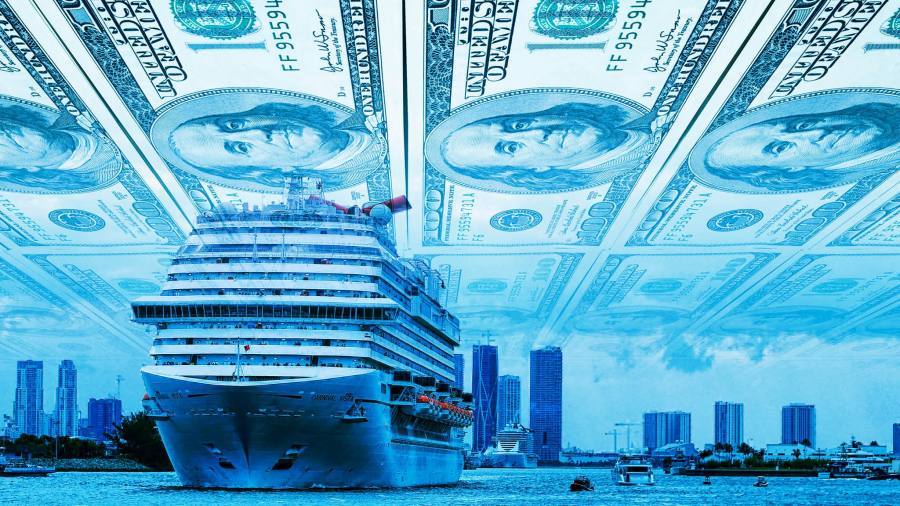 Investors are getting set for a flood of emergency share sales as companies try to secure funds to tide them through the effects of the coronavirus pandemic.

The first wave of issuers has included vulnerable companies such as cruise line operator Carnival, which included equity as a slice of its $6.25bn rescue financing last week, and UK retailers WHSmith and SSP, which have many outlets at airports and train stations. Companies such as Auto Trader, the classified ads publisher, have also raised funds in part to take advantage of “opportunities” the outbreak may create.

European retailers and leisure businesses are seen by analysts to have the most urgent need for funds. Pressure has also been building on industries already undergoing long-term structural changes, such as the car sector. With a funding window now open, however, the most distressed companies are not expected to be the first in the queue.

“Stumping up new equity at a time of pressure on fund performance and redemptions is a difficult ask for investors,” said Mark Irvine-Fortescue, an analyst at Stifel who covers the travel and leisure sector.

Investors would “more readily” support companies that had solid balance sheets before the pandemic hit, but are now seeking to protect their cash flows during a trading halt, he added.

“It helps when the investment case is still intact, and there is a path back to some sort of trading normality,” said Mr Irvine-Fortescue. “It also helps where stakeholders are seen to be sharing the pain collectively . . . [Fall] short on any of these points and companies could struggle.”

Bankers are optimistic that investor demand will match supply, especially if new issues are offered at a discount to the current share price. Big investors including long-only funds have around 5-10 per cent of their assets in cash, notes Fabian de Smet, global head of equity syndicate at Berenberg, and are ready to support companies they are already invested in, or to use discounted placings as an entry point.

“The market is wide open,” said Mr de Smet. “And everything has a price.”

Authorities around the world, including in China, Germany and Australia, have responded to the crisis by easing restrictions such as how much companies can raise without seeking shareholder approval. In the UK, the Pre-Emption Group, a branch of the Financial Reporting Council advising on best practices, has said it supports equity issues of up to 20 per cent of issued share capital on a case-by-case basis. Previously it capped cash calls for general corporate purposes at just 5 per cent.

A Berenberg client survey showed broad support for such concessions, although opinion was split between long-only investors who feared dilution of their holdings and hedge funds who prized the extra flexibility. While existing shareholders already have an incentive to support a company, new investors have bargaining power to influence terms.

Volatility heightens the pressure. The vast majority of cash calls over the past two decades have been priced when the Vix, Wall Street’s volatility index, was below its long-term average of 20, according to Berenberg. With the Vix last month hitting a record high above 80, new investors have been demanding ever deeper discounts to match their risks.

One compromise is to offer what bankers call soft pre-emption rights, where current investors are offered first refusal. “We have a duty to protect existing shareholders,” said Mr de Smet of Berenberg. “When doing allocations we will always favour the top 10 or top 20 investors.”

Equity markets are not the only option for fresh funding. State guarantees have backstopped banks’ credit lines and kept the bond markets open for companies with high credit ratings.

According to estimates from Exane BNP Paribas, policy responses across Europe should allow the banking system to underwrite the existing €1.5tn of non-financial corporate bond-market debt, of which around €170bn matures this year. But some companies have already been stripped of their investment-grade ratings, while lower-rated bonds are beyond the scope of central bank purchasing programmes.

As to whether equity issues make a good bet for investors, the evidence is mixed. Research from Macquarie suggests that building a war chest tends to be appreciated by shareholders in the short term — but may be a bad idea over the longer term.

In the 2008 financial crisis, for example, the vast majority of fundraisings in Australia were to repay debt or to provide working capital, according to Macquarie. Companies raising money for opportunistic acquisitions, meanwhile, saw their shares surge nearly 40 per cent on average in the month following the issue, compared with gains of 15-20 per cent for companies seeking to boost liquidity. Yet the latter group held on to their gains over the following 12 months, while returns for those that tapped the market for acquisition funds turned negative.

Today, early movers such as Auto Trader and Hays, the recruiter, have seen their share prices soften since.

“This is a tough market and the recommendation to go early with equity raises is not looking so smart so far,” said one senior European banker.