Companies that binged on buybacks now seek bailouts from taxpayers 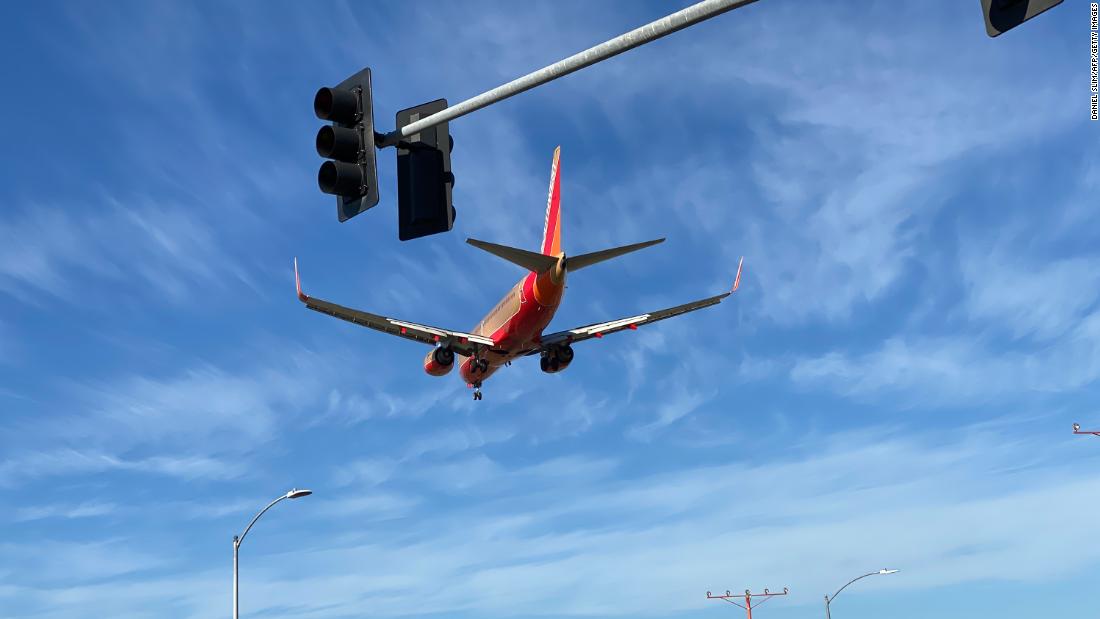 Southwest Airlines (LUV) spent $2 billion on share buybacks in 2019. Similarly, last year American Airlines Group (AAL)also spent $1.1 billion to repurchase its stock at an average cost of $32.09 per share. American Airlines shares closed Monday at just $10.
Even in early March, as the coronavirus crisis mounted, Hilton (HLT) announced $2 billion of buybacks. Days later, Hilton withdrew its earnings outlook. The hotel industry is now seeking some $150 billion in federal assistance as the coronavirus has caused occupancy rates to crash.
This situation is only deepening the backlash against buybacks, paving the way for bipartisan restrictions against share repurchases by bailed-out companies. And it further exposes the shortfalls of President Donald Trump’s corporate tax overhaul, which sparked a flurry of buybacks but not the promised business investment boom.

“I’m outraged that after receiving a huge windfall from the 2017 tax law, many companies chose to spend billions on stock buybacks instead of making long-term investments in their company and their workers,” Senator Tammy Baldwin, a Democrat from Wisconsin, told CNN Business in an email.

Wall Street loves buybacks because they pad per-share earnings, shrink share counts and provide a powerful source of demand for stocks. In fact, Corporate America was the biggest single buyer of stocks during the 11-year bull market that ended earlier this month.

The Big Four Airlines, according to Baldwin’s office, spent $42.5 billion on buybacks between 2014 and 2019. That nearly matches $50 billion the industry is now asking for.

“If they had instead made those long-term investments, they might be better positioned to handle the potential economic crisis that we’re seeing because of the coronavirus,” Baldwin said.

Baldwin, a longtime critic of buybacks, introduced legislation last week that would permanently ban buybacks at bailed-out companies that repurchased $1 billion of stock over the last five years.

Senator Elizabeth Warren has similarly called for a permanent ban on buybacks at bailed-out companies, along with restrictions on layoffs, dividends and CEO bonuses.

Indeed, the economic stimulus legislation being debated by Congress would restrict buybacks from companies that participate in the federal loan program unless they are granted a waiver by the Treasury Secretary. However, that restriction would remain in place only while the loan is outstanding.

“I am fine with restricting buybacks,” Trump told reporters during a briefing on Friday. “In fact, I would demand that there be no stock buybacks. I don’t want them taking hundreds of millions of dollars and buying back their stock, because that does nothing.”

‘We thought they would have known better’

But it was Trump’s signature legislative accomplishment that set off an epic buyback boom on Wall Street.

Defenders of buybacks correctly note that this money doesn’t just disappear. Shareholders can reinvest that money into startups or purchases that boost the economy. And buybacks can be a more productive use of money than companies just sitting on a pile of cash or wasting it on ill-conceived acquisitions.

Still, critics say buybacks amplify America’s inequality divide because the rich own more of the stock market than the rest of the country. The top 10% of households owned 84% of all stocks in 2016, according to NYU professor Edward Wolff.

And buybacks don’t create jobs, at least not directly the way building a factory does.

Trump seemed to acknowledge this problem, saying he doesn’t “like” buybacks because they “artificially” boost stock prices and don’t help workers.

“When we did a big tax cut, and when they took the money and did buybacks, that’s not building a hangar, that’s not buying aircraft, that’s not doing the kind of things that I want them to do,” Trump said on Friday. “We didn’t think we would have had to restrict it because we thought they would have known better. But they didn’t know better, in some cases.”

Some on Wall Street have also been critical of the buybacks at companies that are now seeking bailouts.

“The airline industry is in essence asking the government to buy the bought back shares at a 10% profit!!!” billionaire investor Jeff Gundlach complained on Twitter last week.
“I strongly suggest no government bailouts whatsoever. Stop back stopping greed and mismanagement,” Gundlach said in a separate tweet.

To his point, some of these buybacks were done at what now look like incredibly inflated prices. (A bear market will do that to you). That raises further questions about the value of those buybacks, except of course to shareholders who exited at those prices.

Marriott International, the world’s biggest hotel chain, announced last week it will start to furlough workers because of the crisis.
Yet Marriott spent $2.3 billion last year to repurchase 17.3 million shares. Marriott’s buyback spree continued in 2020. At the end of February, the hotel giant executed $150 million of buybacks — at an average price of $145.42. Marriott (MAR) is now trading at just $70, or less than half that level.

The airline industry has defended its buybacks. Airlines for America, the industry trade group, said the companies spent about $48 billion on buybacks in the last 10 years. By comparison, the airlines say they spent far more — $424 billion — on employee wages and benefits. And they spent $139 billion to buy planes and make other investments.

Of course, it’s terribly difficult for companies to plan for 80% crashes in revenue. Few saw the coronavirus storm coming — until it was far too late.

“This bailout has nothing to do with buying back stock and paying dividends,” said Helane Becker, airline analyst with Cowen. “You can argue they should have rainy day funds, but how big a fund are they supposed to have?”

In the future, airlines and other bailed-out companies won’t have a choice. Buybacks won’t even be an option.