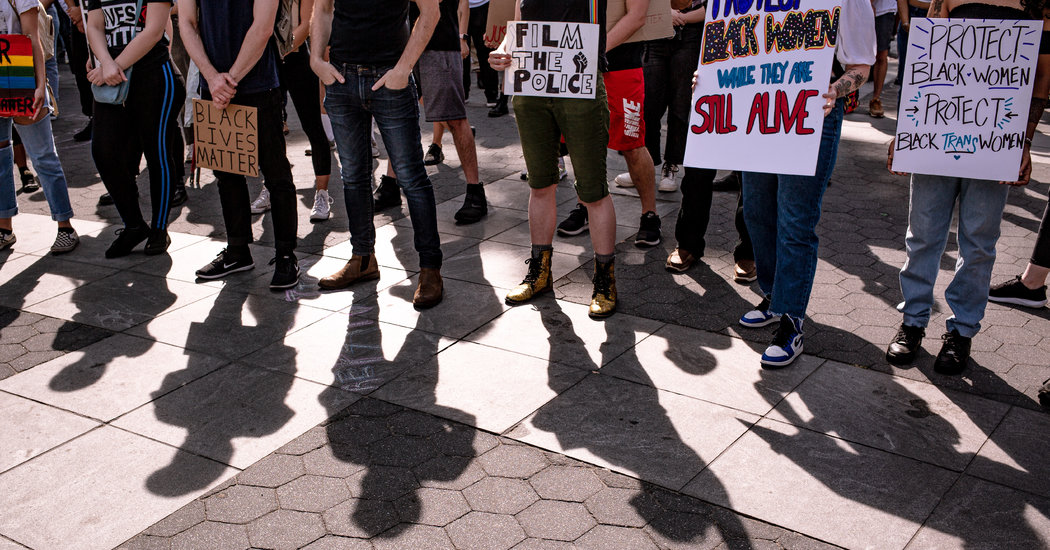 Friday will be a paid company holiday for employees at Nike. The same goes for workers at Twitter, Target, General Motors, the National Football League and a variety of other businesses. JPMorgan Chase, Capital One and other banks will close branches early.

Companies big and small decided to recognize Juneteenth, a holiday that commemorates the end of slavery, after the killing of George Floyd set off an urgent national conversation about race.

Companies are usually quiet at moments of public upheaval and hesitant to take a political stand for fear of alienating customers. But since Mr. Floyd’s killing late last month, businesses of all kinds have expressed their solidarity with protesters, donated millions of dollars to organizations dedicated to racial justice or vowed to change their office cultures to be more inclusive.

But some have gone further, announcing intentions to make concrete changes inside their own institutions or in how they do business. Here is a list of some of the promises made.

The sportswear giant said it would fill at least 30 percent of all open positions at Adidas and Reebok, which it also owns, with black or Latinx candidates.

The investment firm donated $2.2 million to start the Talent x Opportunity fund, a program designed to support entrepreneurs from underserved communities. The company will provide entrepreneurs with seed capital and training to help start their businesses.

The technology company is creating an entrepreneurship camp for black software developers to promote their best work and ideas, and said it would increase the number of black-owned suppliers that provide materials for its operations.

The cosmetics brand said it would make sure the percentage of black employees at all levels in the company would mirror the percentage of black people that make up the United States population within the next five years. It also committed to doubling recruits from historically black colleges and universities in the next two years. Over the next three years, the company committed to doubling the amount it currently spends on sourcing ingredients, packing materials and supplies from black-owned businesses.

The company behind the fitness app said it would support research projects to address health conditions that disproportionately affect black people, including Covid-19..

The motorsports organization has barred confederate flags from its events and properties. NASCAR had begun asking fans to stop bringing Confederate battle flags to its races in 2015, but many have brought the flag anyway, hoisting it atop campers and R.V.s on fields around racetracks. NASCAR said it would set protocols for how the ban will be enforced at its tracks.

The payment platform created a $500 million fund to support black and minority businesses by strengthening ties with community banks and credit unions serving underrepresented communities as well as investing directly in black and minority-led startups. Another $10 million was set aside for grants to assist black-owned businesses affected by Covid-19, with an extra $5 million to fund program grants and employee matching gifts for nonprofits working with black business owners. Paypal also pledged to put $15 million into efforts to create more robust internal diversity and inclusion programs.

The beverage giant said it would increase the number of black managers at the company by 30 percent by 2025. It committed to adding more than 250 black employees to its managerial positions, including a minimum of 100 black employees to their executive ranks.

It said it would double spending with black-owned suppliers and create more jobs for black people at the company’s marketing agencies.

It said it would work to showcase content about racial justice on their platform and remove all ads from Black Lives matter search results so users can focus on learning about the movement.

Sephora and Rent the Runway

The Japanese conglomerate said it would start a $100 million fund to invest in companies led by minority entrepreneurs in the United States.

The retailer, which has its headquarters in Minneapolis, is donating 10,000 hours of consulting services for small businesses owned by black people in the Twin Cities to help with rebuilding efforts.

The bicycle manufacturer plans to create 1,000 cycling industry jobs for black people by investing $2.5 million over 10 years in a new retail management and bicycle training scholarship program. It also pledged to invest $5 million over the next three years to establish new bike shops in underserved communities, with the goal of building 50 stores in 10 years.

To help make competitive cycling more diverse, Trek pledged to establish a scholarship fund to equip 25 National Interscholastic Cycling Association teams made up of children of diverse ethic backgrounds for the next 10 years.

One of Viacom’s subsidiaries, BET, launched a $25 million social justice initiative called Content for Change. Beginning on Friday, it will air original short-form programming and a slate of films including “Selma” and “Do the Right Thing.”

The retail giant said it would end the practice of storing “multicultural cosmetic products” in locked cases in its stores. CVS and Walgreens followed suit.

Walmart also said it would invest $100 million over the next five years to create a Center on Racial Equity. The center’s mission will be to support philanthropic initiatives that address systemic racism in American society, including job training and criminal justice reform.

Committed on June 4 to providing on-air advertising to Color of Change, a nonprofit civil rights advocacy organization, and the NAACP Legal Defense and Education Fund. The company also announced it was giving $500,000 to its content innovation program, OneFifty, to support the development of issue-focused shows from underrepresented communities.

HBO Max, owned by WarnerMedia, temporarily removed “Gone With the Wind” from its library in the wake of the George Floyd protests, but later said the film would return to the platform, accompanied by an introduction that puts the film into historical context.

The Google-owned platform invested in a $100 million fund to support and promote the work of black creators and artists. It also pledged to re-examine its policies to ensure that black users and artists are protected from white supremacist and bullying content.