Companies With High Debt Are Paying a Price 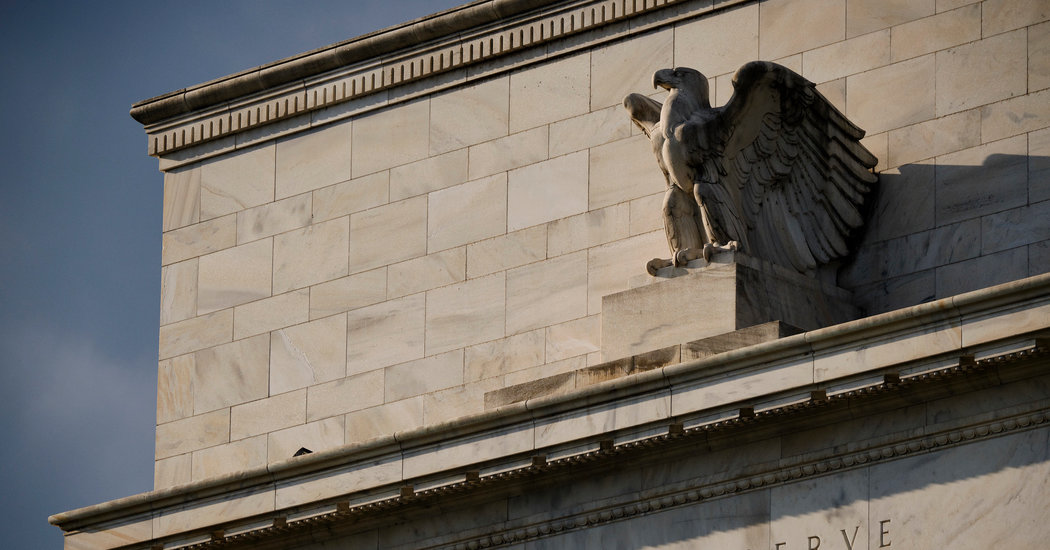 With enormous daily declines and rallies in the stock market alternating with dizzying frequency, reliable conclusions about the market’s prospects are hard to come by.

But some fund managers and money managers think the coronavirus pandemic has exposed a long-ignored market vulnerability: high levels of corporate debt.

Encouraged by the Federal Reserve’s promotion of ultralow interest rates since the financial crisis of 2007-8, corporations eagerly raced to borrow money for years, and those that are able are doing it again.

But until the last month or two, most investors showed little concern. In recent weeks, though, many heavily indebted companies have seen their long overlooked weaknesses exposed.

Corporations that want to borrow must pay premiums above Treasury rates, and those premiums have risen at record clips. “People are more concerned about who they lend to,” said Charlie Dreifus, lead manager of the Royce Special Equity mutual fund, which tries to avoid heavily debt-laden companies and favors those with strong balance sheets.

Other mutual funds that take a similar approach include the John Hancock Global Equity fund and the Franklin Mutual U.S. Value fund. Exchange-traded funds that do so include iShares Edge MSCI USA Quality Factor and the Schwab U.S. Dividend Equity E.T.F.

Stocks and funds that emphasized low debt and strong balance sheets often lagged the broader market after the last financial crisis. But Mr. Dreifus maintains: “There will be an ‘Aha’ moment when people reason that balance sheets matter, servicing debt matters and the underlying quality of business matters.”

With another financial crisis in full swing, that moment may be at hand.

Many highly leveraged — or indebted — companies have not been able to get credit in recent weeks, said Kenneth Emery, a senior vice president with Moody’s Investors Service. And corporate borrowers that have gotten funds have had to pay higher interest rates, because the “spreads” between rates on 10-year Treasuries and corporate debt have spiked.

Scott Minerd, global chief investment officer for Guggenheim Partners, said that in the recent market turbulence, “all debt is getting hit.”

“The only period in the last 30 years that corporate spreads have been wider than they are now was from March 2008 to July 2009,” he said.

The origins of the current high corporate debt levels can be traced to Federal Reserve policies after the financial crisis of 2007-8. More recently, egged on and often attacked by a president who has said, “I love debt,” and who has taken at least four businesses into bankruptcy, the Fed has continued to promote rock-bottom rates. Some investors question those decade-long policies.

“The perpetuation of low interest rates has encouraged corporations to lever up, ” said Paul Boyne, a portfolio manager of the Hancock Global Equity mutual fund.

Grace Hoefig, manager of the Franklin U.S. Value fund, said many companies used debt to buy back shares when the stock market was riding high.

But now that their stock is cheaper, she said, they are unable to buy. “If you used debt to buy back stocks at high levels, you don’t have the financial stability to buy back stock now,” she said.

A large company that has kept its balance sheet strong is Chevron, Ms. Hoefig said. All oil companies suffered when oil prices fell sharply in March. But Chevron, which a year ago declined to take on enormous debt to acquire Anadarko, is now in a good position, despite the drop in its own share price, she said. “Now they’re sitting there with a very, very strong balance sheet in an industry that’s falling apart around them, ”Ms. Hoefig said.

Chevron stock has tumbled from a 52-week high of $127 to a recent share price just under $85, But that’s nowhere near the tumble taken by the heavily indebted Occidental Petroleum, which has sunk below $15 after peaking above $68 in the previous year.