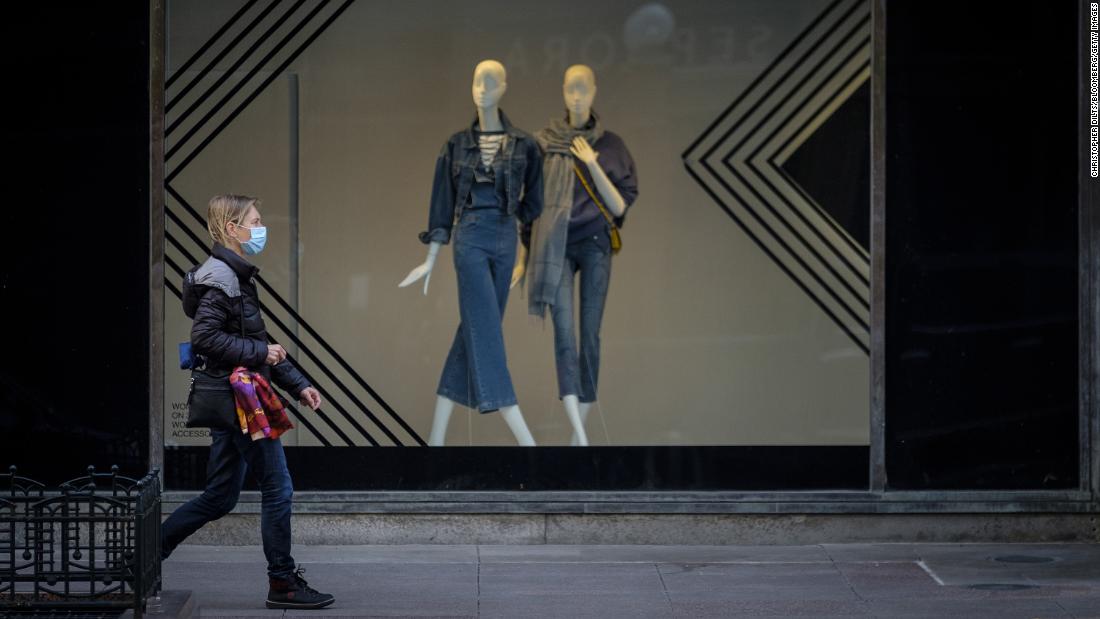 Spending by consumers makes up more than two-thirds of the gross domestic product. Any form of economic recovery will largely depend on protecting their livelihoods and their health — as well as preventing a second large wave of coronavirus cases in the fall.
The Conference Board’s latest Consumer Confidence survey results paint a sobering picture. In April, consumers’ feelings about the current economy and job market plunged by a huge margin. In fact, it marked the biggest month-over-month decline in the survey’s 53-year history.
But the confidence measures also reveal a glimmer of hope: Many consumers expect that the economy and job market will recover a few months from now. Specifically, the percent of survey respondents who think the job market will improve six months from now surged, going from nearly 17% in March to 41% in April. And the percent who feel that business conditions will improve also more than doubled over those two months.

Naturally, when things get bad, hope for improvement rises. Unfortunately, such hope about the future may be unwarranted — for two reasons.

First, even though consumers feel better about the economy and their job prospects down the road, they feel more downbeat about their future income prospects. Once the economy opens up, consumers — left with less disposable income — may be cautious to go out for recreational purposes, dine out in restaurants or spend big. Many of them may also decide to save more than usual, just in case hardship endures. That’s hardly a recipe for a strong V-shaped economic recovery — a plunge in March and April that is followed by a sharp bounce-back in the coming months — but rather, a more strung-out U-shaped recovery. In the latter, economic weakness would extend into the third quarter, with growth resuming in the fourth quarter. This could mean consumer confidence will recover much more slowly than anticipated.

Second, the increase in optimism may very well be short-lived, and it doesn’t necessarily signal that the worst is behind us. One need only look to recent history.

Back in the summer of 2008, the US economy was in the midst of the Great Recession. After almost a whole year of ongoing declines in confidence, US consumers saw light at the end of the tunnel. Their expectations about the future had finally started to improve. Soon afterward, that hope came to a crashing end: Lehman Brothers collapsed, and the shock triggered a horrific Domino effect that devastated consumer confidence.

Within a six-month period, sentiment plummeted to an all-time low. And during that time, consumers’ deep, enduring pessimism translated into real-world consequences for the economy: a more frugal, debt-averse consumer along with weak job creation and tepid wage growth. It took until early 2014 for consumers to regain — and maintain — a healthy level of confidence.

Fast forward to today: What is the moment on par with the fall of Lehman — the one that could squash consumers’ early hopes for recovery?

It is the chance of a second large wave of Covid-19. If another surge in cases occurs, we could expect this shock to undermine consumers’ confidence even more than it has already done. Failure to keep new virus cases under control in the fall would require renewed stringent measures, and it would turn a V- or U-shaped economic recovery into a W. The recovery over the summer would get interrupted by a second downturn during the fall — in essence, a double dip.

Avoiding a new Lehman moment will require a managed approach by governments and businesses. First, we need increased testing capacity and clear, transparent reporting so that new outbreaks can be proactively identified. Second, we need a paced reopening of the economy built on the premise of adhering to social distancing at least until treatments for the virus and, ideally, a vaccine, are available.

Walking the fine line between protecting people’s health and their livelihoods will be key for consumers. If we fail, a new second wave could create the true Lehman effect, as experienced during the Great Recession, for the current crisis. It would mean we would have to wait even longer for economic recovery to occur.