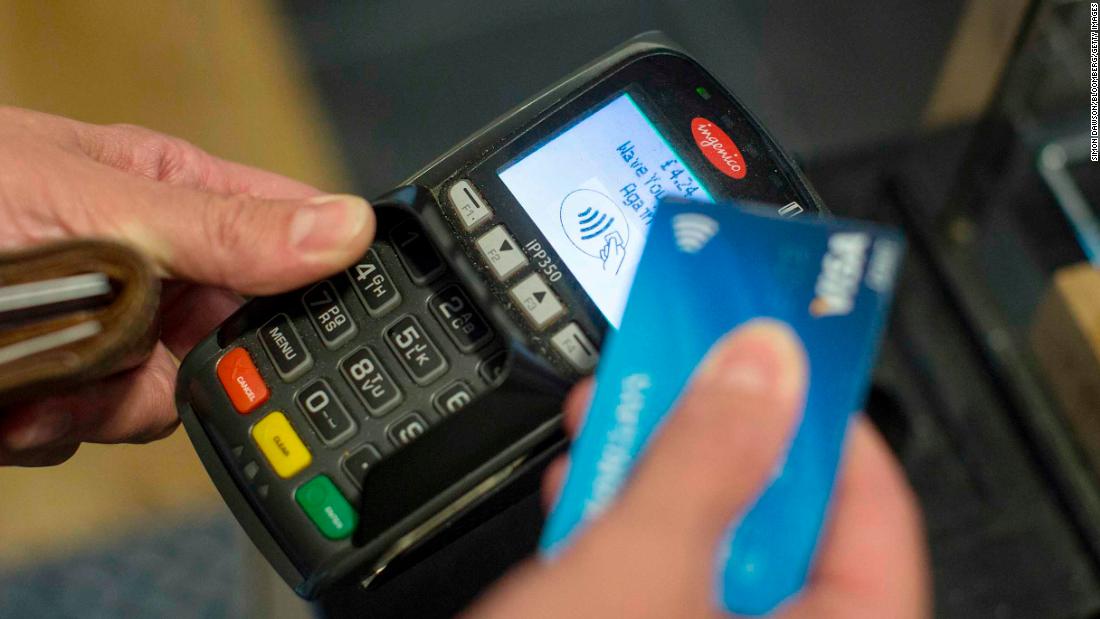 The new payment limit will be operational in some shops across the United Kingdom from April 1, the British Retail Consortium said in a statement Tuesday, adding that raising the contactless spending limit would “reduce the need for physical contact.”

Other countries have brought in measures to reduce the handling of cash following the coronavirus outbreak, which has infected more than 380,000 people globally and killed more than 16,500, according to Johns Hopkins University.

Earlier this month, South Korea’s central bank said it would quarantine incoming cash from local banks for two weeks to ensure the notes are not carrying the virus, according to Reuters.

China also launched a massive initiative around deep cleaning potentially infected cash with ultraviolet light and high temperatures, and in some cases, destroying it.

There are several other mobile and contactless payment options ranging from Apple Pay, Samsung Pay and Google Pay, where consumers use smartphones or smartwatches to pay in stores, to credit cards with a NFC chip, allowing shoppers to hold them near a reader to pay.

“The last contactless limit increase to £30 took two years to implement but, given the extraordinary circumstances we face today, this new £45 limit will be rolled-out from next week,” Andrew Cregan, head of payments policy for the British Retail Consortium, said in a statement.

“Some shops will take longer to make the necessary changes, given the strain they’re under. In the meantime, most customers can continue to make contactless payments for higher amounts using their smart phone,” he added.

The British Retail Consortium said in a statement that it may take some time before the measure is applied everywhere in the country.