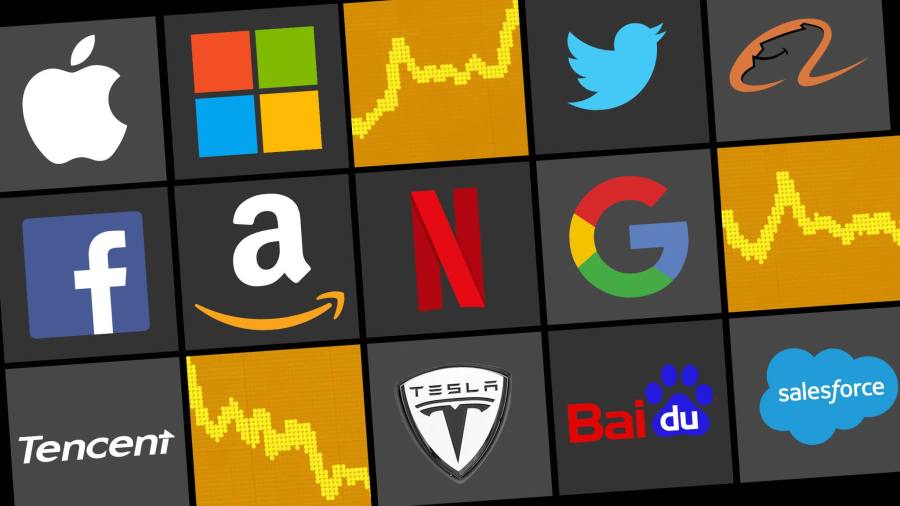 Smaller US companies have suffered a double hit in the stock market, with shares underperforming those of larger companies through the initial slump triggered by coronavirus and the rebound of the past month.

The poor run has pushed returns for the Russell 2000 index of US small-cap stocks 13 per cent lower than the Russell 1000 benchmark of large-caps this year.

Equity investors sought safety in the biggest US companies through the swiftest fall into a bear market on record and the recovery that has added about a quarter to prices since March 23.

“This latest rally is very much a capitalisation story — the big players were the ones that held their own,” said Jim Smigiel, head of portfolio strategies group at SEI Investments.

Tech groups Microsoft, Apple, Amazon, Alphabet and Facebook have helped power the returns in large-cap stocks in recent weeks. Analysts say the sector has stood out in part because of its lower operating expenses compared with other industries, and also because of the boost to technology from the rush of businesses adjusting to working from home.

Todd Jablonski, chief investment officer for Principal Portfolio Strategies, said he had kept an eye on small-cap stocks given the recent selling but had chosen to expand his holdings of large-caps beyond their typical weightings in the benchmarks his portfolios seek to beat.

“The secular growth force that comes from mega-cap tech stocks doesn’t appear to be replicable in the rest of the market,” Mr Jablonski said. The Federal Reserve’s efforts to purchase billions of dollars of investment-grade credit had added support for large-cap stocks, he said.

“Yield is extremely scarce, but you can still find it in large-cap growth stocks with central banks doing whatever it takes to support asset prices,” said Mr Jablonski. “Investors can look through these events because the Fed is the buyer of last resort.”