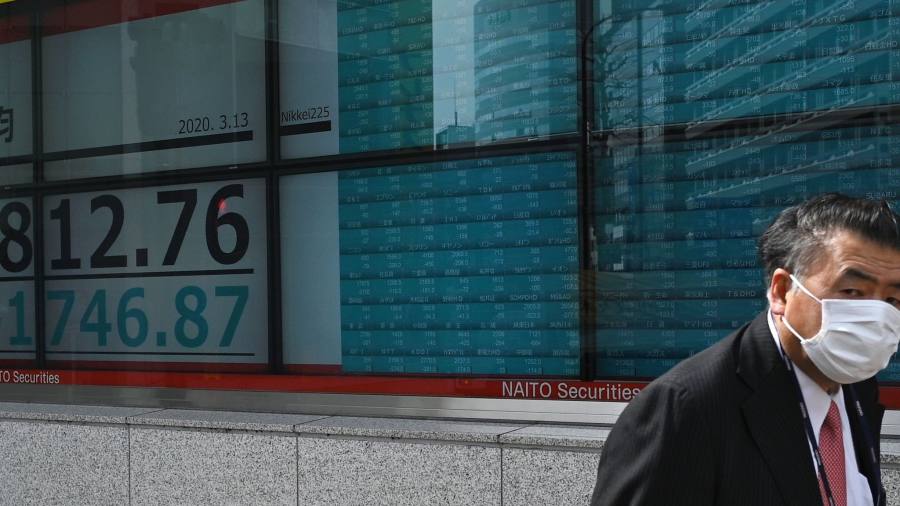 Fast-falling global markets have prompted companies to shelve plans to raise tens of billions of dollars, as fears caused by the coronavirus outbreak close off critical sources of capital across the world.

On Monday there were zero sovereign, corporate and financial bonds issued in Europe, the Middle East, Africa or the Americas, according to records provided to the FT by data provider Dealogic, reflecting companies’ reluctance to test the market when investor appetite is uncertain. There were three bonds issued in Asia-Pacific, from financial companies.

“Primary market activity for most types of issuers is likely to remain anaemic for the foreseeable future,” said Antoine Bouvet, Senior Rates Strategist at ING in London.

Equity markets are not faring much better, with few companies daring to attempt initial public offerings. Burger King India put its planned float on hold on Monday after the nation’s equity markets tumbled. Last week, not a single company filed for an IPO in the UK or across Europe, according to Dealogic.

“At the moment, people don’t want to lock value at depressed levels, people want to hold on for a better date,” said one London-based senior banker. “There will need to be a few weeks of fair-weather market conditions for the [equity] market to pick up again.”

The amount of money raised in European IPOs has fallen from a peak this year of $5.7bn in the first week of February to just $1.7bn last week. One senior banker said a succession of deals had been put on ice in recent days.

Energy and consumer service providers — especially those that are asset-light and face cash-flow challenges as a result of the health crisis — were more likely to put money-raising plans on hold, said Jessie Gisiger, head of credit and investment themes at Zurich-based Credit Suisse. She said that borrowing costs had recently spiked for energy, airline and retail companies as they had less collateral to offer lenders.

Still, there were signs of life in the primary debt market last week. A bond issued by Danone for €800m garnered €5.8bn in offers, demonstrating there was appetite among investors.

Bankers say there is a lot of pent-up supply. “We have projects, quality projects, ready to go,” said one banker. He noted that for the year as a whole, international bond issuance was down just 2 per cent year on year, mostly buoyed by a 17 per cent increase in Asian deals over the period.

“There will be another week or two of this rough patch, but just as we have seen China turn around, we will turn around and the market will rally,” the banker said.