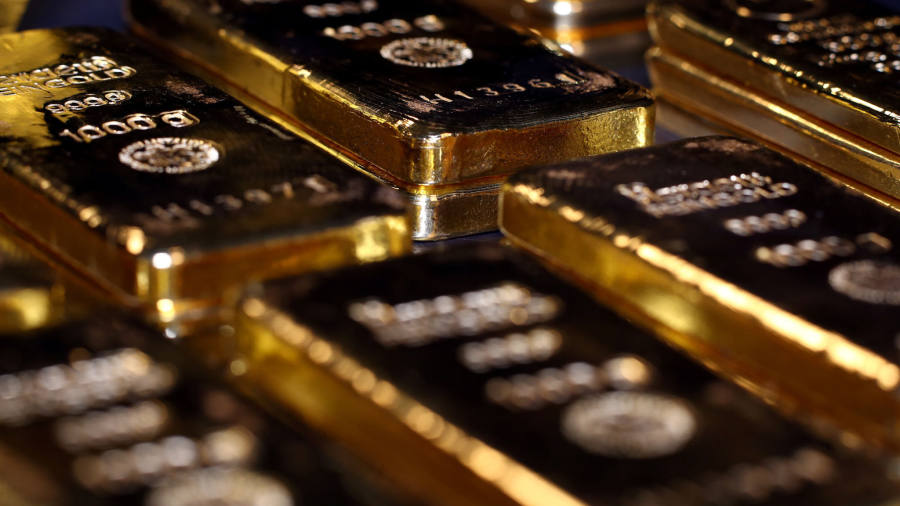 Supply chain shutdowns caused by coronavirus have led to unprecedented disruptions in the gold market, as traders fear they cannot get hold of enough bullion to settle futures contracts traded in New York.

The price of gold futures traded on Comex in New York, and expiring this month, widened to a $70-per-ounce premium above the London physical gold market on Tuesday, the highest spread on record.

Analysts said it reflected concerns over strong retail demand for gold combined with the closure of Europe’s largest gold refineries in the Swiss canton of Ticino, which borders Italy, where the virus has killed thousands in Europe’s worst outbreak.

By Wednesday, the premium had narrowed to about $22, after Comex’s owner, CME Group, introduced a new futures contract with more flexibility on delivery.

But analysts said the dislocations remained unusually large, for an industry that has long prided itself on its liquidity and ease of trading. The gap between the spot and futures markets is normally a couple of dollars.

“Getting physical gold to the right place at the right time is now suddenly a problem,” said Bjarne Schieldrop, chief commodities analyst at SEB, the Nordic bank.

In the past four weeks, a daily average of $84bn of gold has been traded in London between big bullion banks such as HSBC and JPMorgan, with a peak in early March of more than $100bn, according to the London Bullion Market Association.

The London banks often use futures traded on Comex to hedge their physical trades to customers, but that relationship broke down because of a shortage of 100-ounce gold bars that are required to settle futures contracts in New York. A reduction in flights is also making shipments of gold difficult, traders said.

“Normally the futures market and spot market trade close together,” one trader said. “If they go too far apart you enter in an arbitrage with confidence you can physically settle the trade and not lose money. Now without the ability to move metal around you don’t have the same confidence.”

The glitches prompted CME Group to announce a new gold futures contract on Tuesday evening that could be settled against delivery of 400-ounce or 1 kilogramme gold bars, in addition to the usual 100-ounce requirement.

Until now, the 400-ounce gold bars commonly used in London have had to be melted down and recast as 100-ounce bars to be accepted by Comex. Now they can be sent straight to New York to settle trades.

“This time of unprecedented market conditions has led to growing demand for a broader range of delivery needs for our clients worldwide,” said Derek Sammann, global head of commodity and options products at CME Group.

Gold hit $1,636 a troy ounce on Tuesday, an 8 per cent increase since trading began on Monday, as investors looked for safety amid growing fears that monetary-policy interventions to combat coronavirus — including a pledge from the US Federal Reserve to buy unlimited amounts of government bonds — will lead to inflation. On Wednesday mid-afternoon it was trading at about $1,600.

Demand for physical gold has “overwhelmed the system,” said Willem Middelkoop, founder of the Commodity Discovery Fund. “This wouldn’t have been a problem if the refiners in Switzerland were in business but they are out for the first time in over 100 years.”