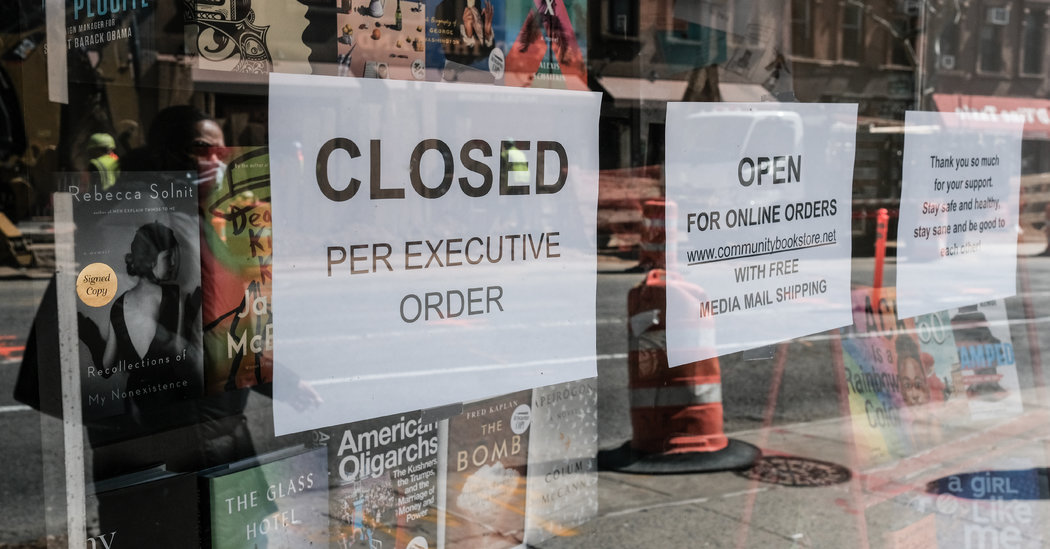 U.S. book sales across all categories fell more than 8 percent in March, compared with March 2019, a decline that reflected the challenges publishers face as the pandemic has ravaged the retail landscape.

The steepest declines were in educational publishing, a likely result of the mass closures of schools and colleges. Revenue from prekindergarten through 12th grade instructional materials was half what it was a year ago, while course materials for higher education fell more than 8 percent. Books from university presses saw a decline of more than 21 percent.

It’s still unclear how severely the industry will be affected by the ongoing crisis. The data from March only revealed the impact of the first few weeks of the shutdown. But sales for commercial publishers held up surprisingly well in March, despite the wave of bookstore closures across the country. Trade publishers’ revenues were steady, with a slight increase of nearly 1 percent, and grew by 2.6 percent during the first three months of 2020 compared with the same period last year.

The sales figures, which were released Tuesday by the Association of American Publishers, a group that tracks revenue from around 1,360 publishers, provided a snapshot of the industry at a moment of upheaval. Some categories, like digital audio, which has been one of the fastest-growing formats in recent years, seemed almost pandemic-proof, with a jump of 15 percent. Downloaded audio for children grew by nearly 50 percent, as parents who are sheltering at home with children turned to audiobooks for entertainment. Somewhat surprisingly, e-book revenues dropped by nearly 5 percent, and print revenues grew by more than 1 percent.

The decline was in line with an overall sharp downward trend for retail in March, which fell 8.7 percent from the previous month, the most dramatic decline in three decades. The picture in April was even more bleak. Retail sales overall fell by more than 16 percent last month, with particularly stark declines for clothing stores, home and furniture stores and restaurants and bars. (Publishers’ revenues for April are not yet available from the Association of American Publishers.)

There are hopeful signs that after a steep drop driven by bookstore closures and economic uncertainty, publishers are beginning to see evidence of a recovery, with strong sales for commercial fiction and children’s nonfiction. Readers flocked to new releases by brand name authors like John Grisham, Stephen King and Suzanne Collins. Publishers have also seen strong sales online, and at big box stores like Walmart and Target, which were deemed essential businesses and never fully shut down.

Still, the ongoing impact of the economic crisis has many authors, publishers and booksellers worried. With millions of Americans out of work, books may become an out-of-reach luxury, as discretionary spending falls. Likewise, many independent bookstores, a critical outlet for authors and publishers for driving discovery of new books, are at risk of having to close permanently. Amazon, meanwhile, may emerge from the crisis with an even greater market share of book sales. And it seems unlikely that the industry will fully recover until bookstores are able to hold in-store events with authors, schools are able to hold book fairs and classroom materials are once again needed for teachers and students — all of which seem like far-off prospects.