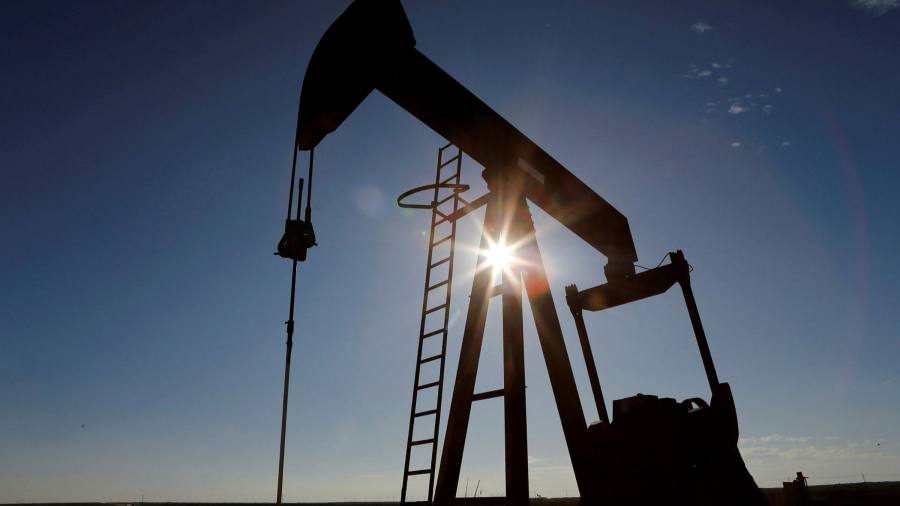 An influential research firm has cut its estimate of potential oil production by an amount that exceeds the reserves of Saudi Arabia, as the coronavirus crisis accelerates longer-term structural changes to the market.

In an annual report published on Thursday, Oslo-based Rystad Energy said its estimate of “recoverable” oil resources — the volume that could be extracted from the earth, given constraints of technology and demand — has fallen since 2019 by 282bn barrels to 1.9tn barrels, as consumption habits change and oil companies abandon exploration plans. The proven reserves of Saudi Arabia, the world’s second biggest producer, come to 267bn barrels.

“‘Peak oil’ is now a little closer,” said Per Magnus Nysveen, head of analysis at Rystad, referring to the hypothetical moment of maximum production. “We used to say that peak oil will happen around 2030. Now we say that it could happen in 2027 or 2028.”

Crude consumption dropped as much as one-third at the height of the coronavirus crisis in April, as lockdowns and travel restrictions forced people to stay home. Demand has begun to recover, but there is growing acknowledgment across the industry that the impact of the virus may reverberate for years to come.

People will be reluctant to travel by air for some time, Mr Nysveen said, reducing demand for jet fuel. Meanwhile, he said, the sharp fall in crude prices will cause drilling activity to plunge in the near term, leading to a spike in prices between 2023 and 2025 — just as electric vehicles become competitive with the combustion engine. This should accelerate a switch from petrol and diesel, further hurting demand for crude.

Rystad said this drop-off in demand, coupled with increasing environmental consciousness among investors, would discourage oil producers from pumping money into projects in more remote areas with long lead times, meaning areas previously expected to be explored for oil would be left untouched.

Modelling by Moody’s suggests global oil demand may not return to 2019 levels until at least 2025. The rating agency said that there is possibility that demand does not return to last year’s levels at all.

“Oil demand may take a long time to recover . . . due to the combination of weaker economic growth, decarbonisation trends and behavioural shifts, increasing the possibility that demand peaked in that year,” said James Leaton, senior credit officer at Moody’s.

British oil major BP last week said it expected the pandemic to expedite the transition towards cleaner energy as it slashed the value of its assets by $17.5bn. Its new chief executive Bernard Looney told the FT in a recent interview that the peak in oil demand may have already passed.

Rystad anticipates countries outside the Opec cartel will make up the majority of the lost recoverable resource as exploration plans are ditched.

In the US, the world’s biggest oil producer, 49bn barrels of oil previously thought to be recoverable is now likely to be left in the ground, said Rystad, as shale output — which depends on constant drilling just to hold production steady — slows considerably. Remote areas such as Alaska, once seen as good targets for production growth, are now unlikely to be explored, as are swaths of the prolific Permian Basin at the other end of the US.

After ‘peak oil’ passes, however, there is still likely to be demand for crude for a considerable period, Rystad predicts. Consumption of petrochemicals, used in everything from footwear to food packaging, would continue even as fuel usage slides. “There will still be oil demand for 100 years to come,” said Mr Nysveen.