Corporate America is very, very bullish on the economic recovery from coronavirus 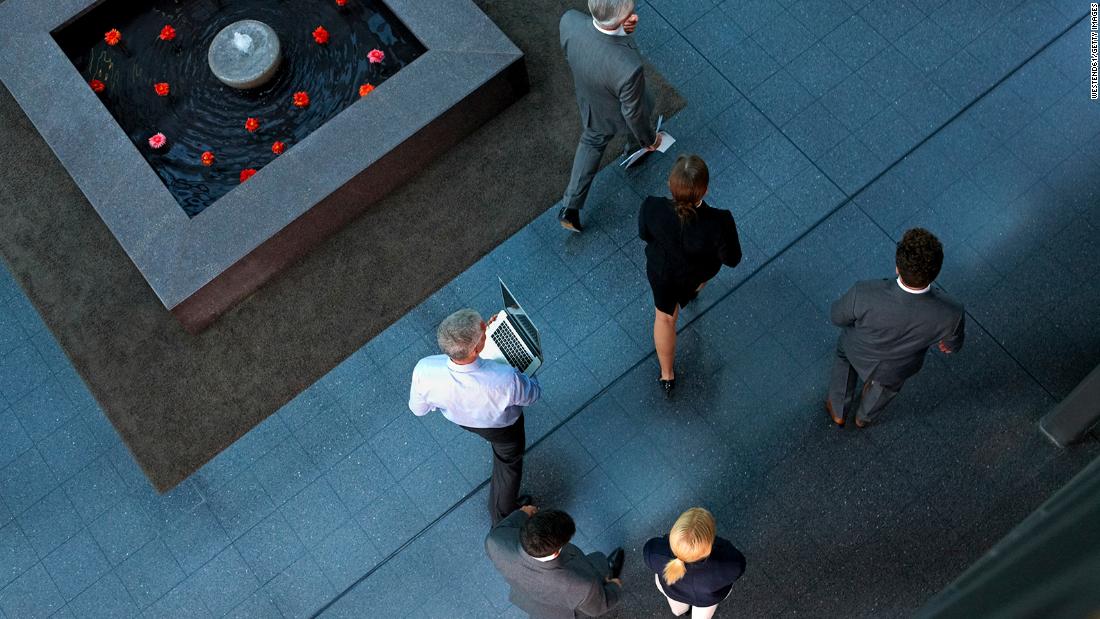 Two-thirds of US executives surveyed expect the American economy will recover from the recession within one year, according to a survey of 300 decision makers conducted by TMF Group that was shared exclusively with CNN Business.

And nearly three-quarters (74%) of those CEOs, founders and other high-level execs are very or somewhat confident in the US economy despite the pandemic.

The findings paint a surprisingly bullish view from the C-Suite given the carnage in the US economy and warnings from health experts of a second wave of coronavirus infections. If that optimism translates to fewer layoffs and more investment, it could help limit the economic damage during the crisis.

“They see a path through the crisis,” Mark Weil, CEO of multinational professional services firm TMF Group, said in an interview. “You can argue that sense of fighting spirit is what made the economy great.”

The survey took place between April 17 and April 23 as glimmers of hope emerged in the epic struggle with COVID-19, which has killed more than 100,000 Americans.

‘Markets have no idea’

Wall Street is similarly bullish about the outlook for US businesses.
After nosediving in February and March, the US stock market has staged a remarkable recovery. The S&P 500 has surged 36% since March 23. And the Nasdaq, lifted by red-hot tech stocks, is flirting with record highs.

The hopes from Corporate America and Wall Street for a V-shaped recovery stand in stark contrast with warnings from central bankers of a rocky recovery marked by fits and starts.

Neel Kashkari, president of the Minneapolis Federal Reserve, said the Fed is “very concerned” about the potential for a devastating W-shaped recovery — a rapid rebound followed by a second serious decline.

“The markets have no idea where the virus is going,” Kashkari told CNN’s Poppy Harlow on Wednesday.

Kashkari, a Republican who led the TARP bailout during the 2008 financial crisis, pointed to the resurgence of the 1918 pandemic known as the Spanish flu.

“It started in the spring, went dormant over the summer and then came raging back in the fall,” Kashkari said. “That would be very damaging to the US economy and to the American people.”

Yet 42% of executives surveyed by TMF Group expect their companies will financially recover within six months. Nearly three-quarters (74%) are expecting a recovery within a year. The survey included a wide range industries, from technology and finance to manufacturing and retail.

One reason for optimism is the unprecedented firepower unleashed by the federal government in response to the economic collapse.

Congress and the White House enacted a record-breaking stimulus package that provides cash to American households and small businesses, as well as bailouts to the airline industry. The Federal Reserve, meanwhile, slashed interest rates to zero, promised to buy an unlimited amount of bonds and rolled out a series of emergency facilities that unfroze capital markets.

Sixty-one percent of executives surveyed said the financial support to workers and businesses in the United States had a very positive or somewhat positive effect on their companies.

Confidence could lead to virtuous circle

Of course, Corporate America’s bullishness may involve some wishful thinking.

“They may be wrong,” said Weil, the TMF Group CEO. “They could be misunderstanding the systemic effect on job losses and consumer spending. We’ve never done this before. There is nothing to model this against because it’s not a classic credit crisis.”

And the outlook for certain parts of the economy remains gloomy, at least until a vaccine is developed. “Certain sectors are going to hurt,” Weil said. “If you’re in retail, leisure, travel, office space, you’ve got an innate drop in demand.”

Still, much like the rebound on Wall Street, confidence from the C-Suite could have an impact on the real economy, creating a virtuous circle.

CEOs anticipating a rapid recovery in their business and the economy at large may be less likely to lay off workers and slash spending. Some may even decide to hire aggressively and expand into new markets.

Interestingly, 32% of executives surveyed said the pandemic has caused them to accelerate expansion plans inside the United States. Just 22% said they were decelerating domestic expansion plans.

Not surprisingly, executives in the survey said that a weak economy and lower consumer confidence remain the biggest obstacle over to their business over the next two years.

Forty-four percent of executives cited trade uncertainties, including tariffs and trade deals, as one of their biggest obstacles as well.

The deterioration of relations between the United States and China in recent weeks could cast another shadow over the economy by dimming business confidence and further scrambling complex supply chains. The latest flashpoint has centered on China’s crackdown on dissent in Hong Kong, Asia’s premiere financial hub and the gateway to Beijing.

“If it leads to tariffs and trade restrictions, that has to be unhelpful at a point when the world economy is taking such a hit,” said Weil.

Widespread stay-at-home orders have forced companies to rethink how and where their employees work — and how much high-priced office space is really needed.

Sixty percent of executives said their companies plan to introduce a home working policy that would give employees the option to work remotely from time to time.

“Many workers don’t want to go back to sitting in an office,” said Weil. “There will be a general shift away from everybody showing up at the same office everyday.”