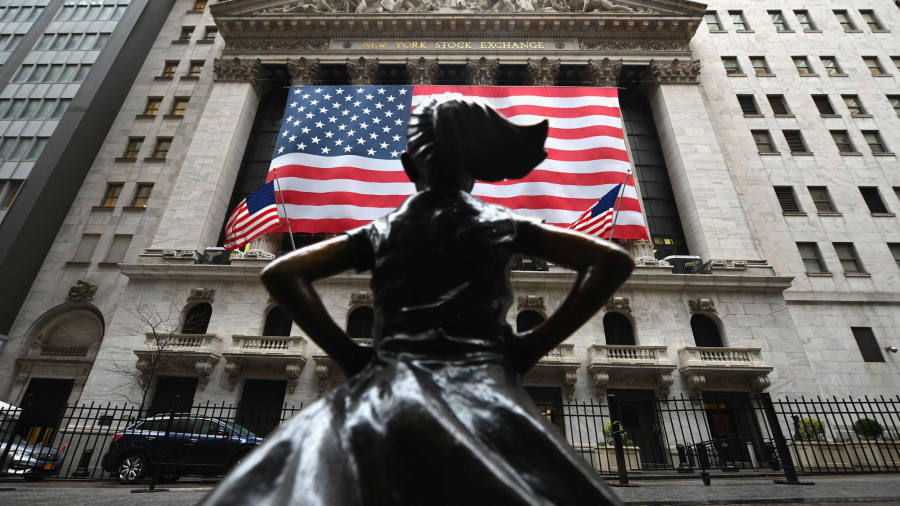 Corporate bond prices have continued to drop despite drastic intervention from the Federal Reserve, as investors count the cost of a prolonged shutdown to the global economy while at the same time grappling with dysfunctional trading conditions.

The additional yield on corporate bonds over Treasuries rose on Monday, reflecting continuing weakness in prices despite an unprecedented announcement from the Fed that it would begin buying higher-rated, investment-grade corporate bonds — a supportive measure that goes beyond even the response to the 2008 financial crisis.

The spread on investment-grade bonds rose 0.15 percentage points to nearly 4 percentage points above Treasuries, according to an index run by Ice Data Services, extending two weeks of daily increases to corporate borrowing costs, which have risen to their highest level since 2009.

However, investors said the continued increase in borrowing costs stemmed from strained trading conditions in the corporate bond market and that the Fed’s actions had been well received.

“There is definitely something to the fact cash bonds aren’t trading properly,” said Andrew Brenner, head of international fixed income at National Alliance Securities. “I think the Fed had a positive effect and improved the picture for investment-grade bonds with what they did yesterday.”

Other measures of the health of the corporate bond market were more positive, especially exchange traded funds and derivatives that offer a barometer for the underlying cash bonds. The BlackRock iShares investment-grade bond ETF, known by the ticker LQD, rose 7.4 per cent on Monday, while the cost of protecting against the default of a basket of investment-grade companies fell 30 basis points to 122bp.

Early indications on Tuesday pointed to further gains for ETFs and credit derivatives, with fresh data for corporate bond indices due to come out late in the day.

LQD has swung from trading at a significant discount to the net asset value of the bonds it tracks, to a large premium, following the Fed’s move.

The Fed has sought to prop up financial markets in recent weeks, creating several new borrowing facilities to try to inject cash into the system. On Monday, the central bank announced it would offer bridge loans for up to four years to investment-grade companies, with a second programme allowing it to buy corporate bonds directly from the market, including ETFs.

Nonetheless, fears remain that it might still prove to be too little to combat the dramatic decline in corporate earnings expected from the current shutdown and the impact it could have on roughly $9.6tn of corporate debt outstanding in the US, built up after a decade of low interest rates that have encouraged a borrowing binge.

“This is a solvency shock for companies and households, hitting the excesses of debt in the system,” said Matt King, a markets strategist at Citi. “If you are a movie theatre, or an airline, or a restaurant that had too much debt in the first place, no amount of cheap liquidity from the Fed will fix that underlying solvency problem.”