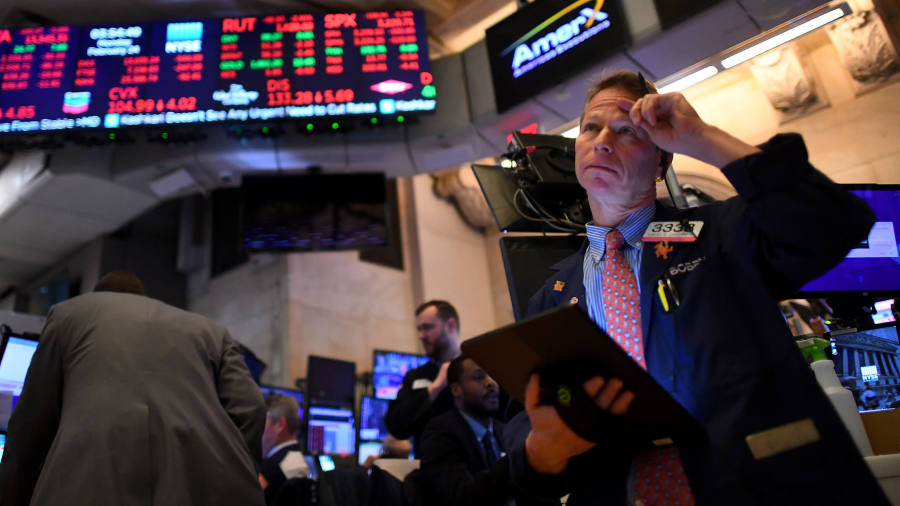 As worries over coronavirus sweep through markets, generating sharp bouts of volatility, some regulators are beginning to push for trading to be curtailed, fearing swings in prices have become disorderly and institutions with depleted workforces cannot cope with heavy volumes.

Australian regulators on Monday told the most active traders on the country’s equity markets they would have to trade significantly less, as higher volumes would put brokers and the exchange itself under strain.

The Philippine Stock Exchange, meanwhile, will be closed from Tuesday after president Rodrigo Duterte placed the largest island of Luzon into an “enhanced community quarantine”.

The moves raise the question of whether trading should be more broadly shut in response to the coronavirus crisis. Jay Clayton, chair of the US Securities and Exchange Commission, told CNBC on Monday morning that he was not in favour. “Markets should continue to function in times like this,” he said.

Are there precedents for shutting exchanges?

Yes, but shutdowns are rare and have tended to be brief, connected mostly to particular problems in the vicinity of exchanges.

The London Stock Exchange last closed for trading in 1987 when storms prevented thousands of traders from getting into the city. The New York Stock Exchange and Nasdaq closed in October 2012 to prepare for Superstorm Sandy and also shut for several days after the terror attacks of September 2001, when communication cables and offices were damaged.

Such examples illustrate that a critical mass of people was once needed to be in a particular location, at one time, for markets to function. These days, the nature of trading has changed, and humans have been cut out of the process to a large extent. Most deals on equity, futures and currency markets are executed automatically by computers on servers in data centres.

Still, traders say the shift to operating in remote locations such as disaster recovery sites and even in the home, in response to the virus, is exacerbating pockets of poor liquidity.

Not all shutdowns have been caused by logistical problems. In Greece in 2015 the Athens stock exchange was closed for five weeks following the imposition of capital controls, along with bond and derivatives markets and clearing and settlement houses.

How have exchanges stayed open until now?

Many have been activating their business continuity plans. Companies such as the London Stock Exchange, Nasdaq and Intercontinental Exchange have split their staff into those working remotely, from home or on call for certain critical operations such as surveillance and technology.

Ancillary services, such as opening and closing ceremonies have been either truncated or cancelled. CME, CBOE Global Markets and Nasdaq have closed their “open outcry” pits for trading options, although they continue to operate these markets electronically. So far most exchanges’ operations have held up, and reported few problems.

But some changes have been brought in to ease the stress. For example, the London Stock Exchange has eased the bands by which market makers, normally banks or high-frequency traders, are able to quote prices to buy and sell securities.

That will allow them to offer more attractive prices to market participants, and persuade them not leave the market when it seems too risky. The European Securities and Markets Authority has tightened rules around disclosures for short selling securities.

What is the benefit of closing an exchange?

In practical terms it would lessen the strain on exchanges and the brokers who use them, potentially reducing the scope for market accidents on top of an economic and public health crisis.

This is what regulators in Australia have sought to pre-empt. As Guy Warren, chief executive of ITRS, a UK trading technology provider explained: “Without the right capacity planning tools it is extremely difficult to identify what the pinch point is for an IT system and when it is going to happen.”

Stocks, bonds, exchange traded funds and futures are traded across borders, in markets that are highly interlinked. Trading in FTSE 100 stocks, for example, tends to cluster on the London Stock Exchange but futures on components of that index are more active on ICE Futures Europe. UK-listed companies are also components of the Euro Stoxx 600 index, which is traded in Germany. Morning trading in Europe, meanwhile, is highly influenced by the price of “eMini” futures contracts, which are traded in Chicago.

Unless all those major venues are shut simultaneously, traders will go to locations that are open and liquid. One European official said the result would be “a mess”.

Shutting markets could even make matters worse once they reopen. When the Athens market reopened after its hiatus five years ago, it tumbled by a fifth. Shutting markets could prevent investors from getting out of sliding shares while their assets retain some value. Some funds, of course, also profit when asset prices fall.

Stacey Cunningham, president of the New York Stock Exchange, on Monday said it was “important” for markets to remain open, and that closing them would only compound market anxieties.

“[It would] not change the underlying causes of the market decline, would remove transparency into investor sentiment, and reduce investors’ access to their money,” she tweeted.