Could the United Kingdom become an emerging market? 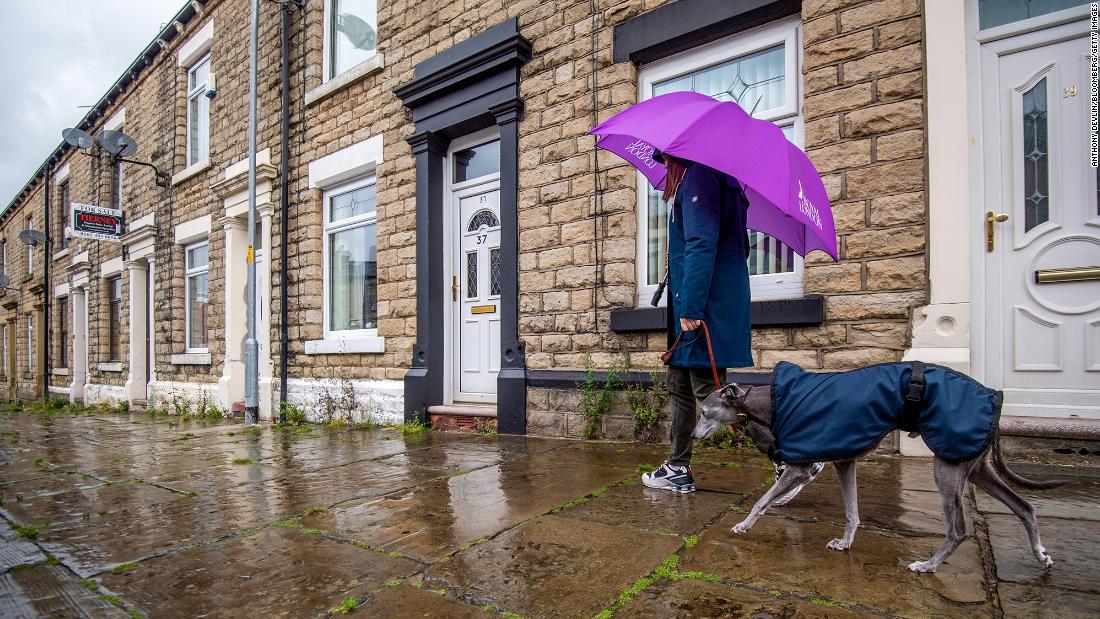 Some analysts on Wall Street are beginning to wonder whether a volatile currency, declining global clout and a reliance on foreign investors could relegate the United Kingdom to “emerging market” status.
Bank of America suggested in a recent note to clients that it may be time to treat the British pound as an emerging market currency, citing Brexit and worsening debt dynamics as a result of Covid-19.

“We believe [the pound] is in the process of evolving into a currency that resembles the underlying reality of the British economy: small and shrinking,” wrote BofA strategists Kamal Sharma and Myria Kyriacou.

There are reasons the demotion to emerging market status seems like a stretch. The pound is heavily traded, investors have maintained their faith in British institutions and there’s high demand for debt issued by the country’s government.

But what the comparisons make clear is that investors are bracing for a world in which the United Kingdom’s standing is diminished.

“We don’t think there’s any risk that the UK is suddenly going to be viewed as an emerging market,” said Thomas Pugh, UK economist at the research firm Capital Economics. But Brexit and the country’s response to the pandemic, he said, “will weigh on confidence.”

The United Kingdom, which has one of the highest per capita Covid-19 death rates in the world, is battling a deep recession as a result of lockdowns aimed at containing the virus.
The Bank of England estimates the UK economy could shrink by 14% this year, its worst downturn in more than 300 years. The country also has fewer than six months to hammer out a new trade deal with the European Union, its biggest export market.

The pound has become extremely volatile amid uncertainty about the United Kingdom’s path forward. It’s now trading at $1.26, down more than 15% since the 2016 Brexit referendum.

Bank of America’s Sharma and Kyriacou described its fluctuations as “neurotic at best, unfathomable at worst.” The only currency that investors see as more unstable is the Brazilian real, they noted.

Brexit, they added, isn’t helping. The country’s departure from the European Union “is likely to permanently alter the way in which investors view the pound,” Sharma and Kyriacou said.

Investors also have to stomach concerns about Britain living beyond its means.

For years, Britain has carried a sizable current account deficit, which means it spends more on goods, services and investments abroad than it brings in at home. That’s now coupled with a worsening fiscal deficit as the country borrows huge amounts to finance its pandemic recovery plans. As of May, Britain’s debt was bigger than the size of the entire economy for the first time since 1963.

This week, finance minister Rishi Sunak unveiled another £30 billion ($37.8 billion) coronavirus stimulus package aimed at stemming a growing jobs crisis. The Institute for Fiscal Studies, an economic think tank, predicted that the latest measures would likely push this year’s deficit further north of £300 billion ($378 billion), which it said would be “easily” the highest as a share of national income since World War II.

These dynamics make Britain vulnerable to a rise in interest rates. Rates are extremely low right now and expected to stay that way for a long time. But a spike in inflation could change that calculus.

Per Sharma and Kyriacou, Britain’s so-called “dual deficit” — its current account deficit and its fiscal deficit taken together — will be wider next year than that of Mexico and Turkey, as well as the G20 average.

The United Kingdom is still the sixth largest economy in the world. On most counts, it falls squarely into the “developed market” camp.

The British pound makes up 4.4% of the world’s currency reserves, according to data from the International Monetary Fund, suggesting that foreign central banks consider it a safe bet.

Investors also place a lot of trust in the country’s institutions, including the Bank of England, which was founded more than 325 years ago. The central bank has moved swiftly during the current crisis, dropping interest rates and ramping up its bond-buying program.

Those bond purchases are allowing the UK government to finance its recovery efforts as it borrows record amounts, while supporting demand for UK government bonds, known as gilts.

“There doesn’t seem to be any … unwillingness to buy and hold UK debt,” UBS economist Dean Turner said. Should demand falter, there’s an expectation that the Bank of England would quickly step in.

Still, there is a growing view that the country’s stature in global markets could be under threat over the longer term.

Britain’s budget watchdog, the Office for Budget Responsibility, said in March — before the country entered lockdown — that it expected economic output to be about 4% lower over the next 15 years than it would have been without Brexit, even if the United Kingdom and the European Union reach a “typical” free trade agreement.

And Britain is not impervious to an emerging market-style currency crisis, if history is any guide.

In 1976, the country — battling a run on the pound triggered by recession and concern about high levels of public spending — was forced to appeal for a nearly $4 billion IMF loan.

“You only have to go [back] to the ’70s when there was last real currency crisis,” Pugh said. “It’s certainly not unheard of.”