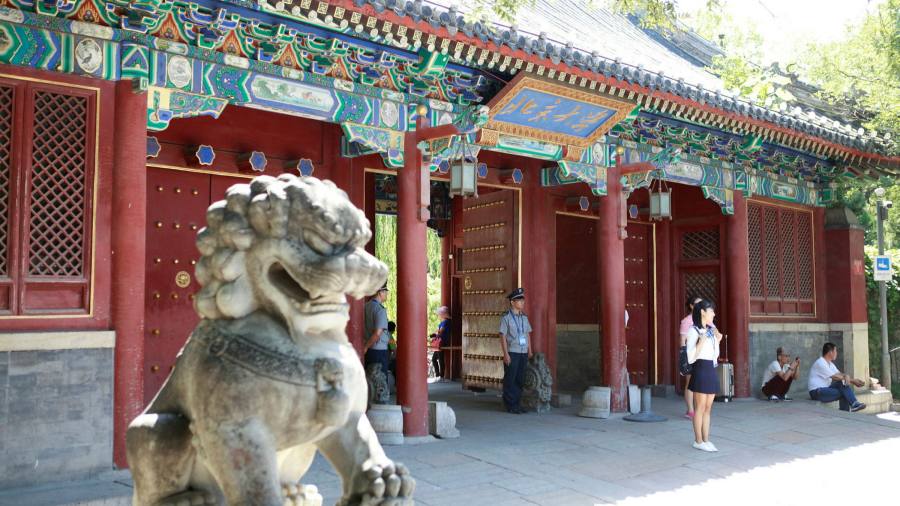 The bankruptcy of a powerful state conglomerate has threatened to shake up about $100bn of debt issued by Chinese companies in a development that is being closely watched by investors in the country’s dollar bond markets.

Administrators in the restructuring of Peking University Founder Group, a state-backed technology conglomerate linked to China’s top university, have said they will not recognise about $1.7bn in so-called keepwell deeds that back its debt.

Keepwell deeds are letters of support that offer foreign investors some level of assurance that parent companies in China will make good on US dollar bonds sold by offshore subsidiaries. They were introduced in 2012 as a way of making foreign investors more comfortable with China’s dollar bond market.

If a Beijing court rules in favour of the state-backed administrator in the coming weeks, it could prompt a re-pricing in billions of dollars of other keepwell bonds.

“The market will pay very close attention to this case, and its findings may have sweeping implications for issuers and investors in China US dollar credit,” said Paul Lukaszewski, head of corporate debt in Asia and Australia for Aberdeen Standard Investments.

Chinese companies including financial group Huarong and property developer Dalian Wanda have sold about $11bn in keepwell bonds this year, according to financial research firm CreditSights. Nearly $100bn in outstanding debt in China is backed by the deeds.

The agreements have faced several challenges in recent years, including defaults at Guosen Securities in 2016 and at China Energy Reserve and Chemicals Group in 2018, although those debts were eventually paid.

China’s foreign exchange regulator allowed companies to issue direct guarantees for their offshore debt in 2014 as another way of reassuring investors. But many groups have continued to use keepwells because they do not require regulatory approval.

Founder’s case is the first time keepwells have been tested in a Chinese courtroom in a situation where the parent company has fallen into administration.

“The question now is, what happens when the parent group’s credit quality deteriorates,” said Christopher Lee, a managing director for corporate ratings at S&P Global. “[Investors] should have been asking this in the first place.”

Founder defaulted on its onshore debt in February and was sucked into a rare bankruptcy case for a high-profile state group. Administrators from China’s central bank and other government entities have worked to restructure its debt load of about $26bn.

Administrators, led by a regional central bank chief, have told creditors that they will recognise direct guarantees on bonds but not keepwell deeds on US dollar bonds. If the court agrees, the keepwell structure will be ruled invalid.

Investors and analysts agree that, if the keepwell formula is thrown out as a result of the case, keepwell bond yields are likely to rise. Yields on bonds go up when prices fall.

Many issuers of bonds with keepwell agreements could also be forced to restructure these debts in order to incorporate a direct guarantee.

It could also affect how these bonds are scored by rating agencies. Both S&P and Fitch have said that they will look at companies and issuance on a case-by-case basis to determine if a ratings change is required.