Cracks in US Treasury market could spell trouble for the system 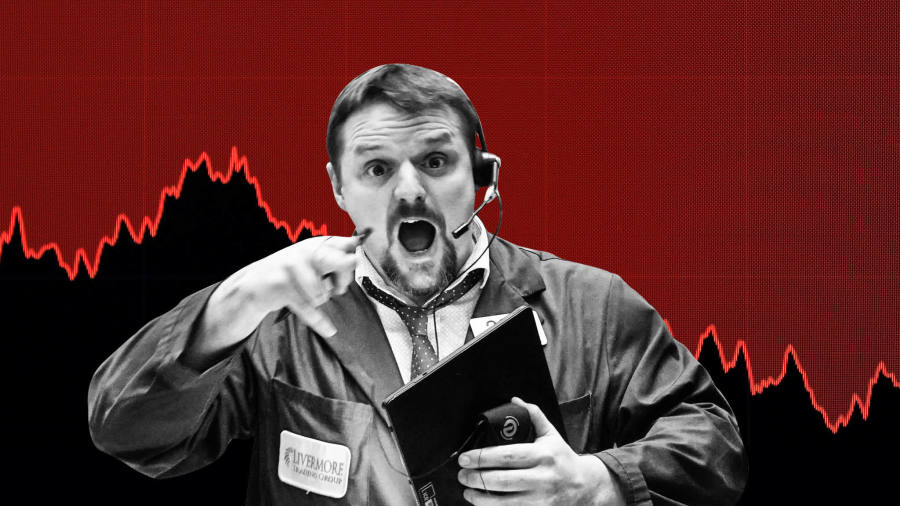 Investors and analysts are warning about deepening cracks in the world’s largest government bond market.

Strange patterns have started to emerge, such as drops in the price of US Treasuries — a traditional haven — even while riskier assets such as stocks have been squeezed by fears that the coronavirus outbreak will spark a global recession.

Some are warning that the patterns could lead to the unwinding of one of the market’s most popular trading strategies — with potentially serious consequences. Such fears prompted the US Federal Reserve to announce a sweeping package of measures on Thursday to try to ease conditions, including pumping trillions into the financial system.

How did we get here?

Nervous banks and other dealers seeking to insulate themselves from swings in asset prices have pulled back from facilitating trades between investors.

The US Treasury market is normally a safe place for investors to shelter from sell-offs but it has not been able to escape the onslaught of volatility. This has made it more expensive for investors to buy and sell Treasuries, as dealers have retreated.

Who is at risk?

The deteriorating trading conditions have put particular pressure on relative value traders. Such traders seek to profit from small price discrepancies between two assets that are nearly identical. Hedge funds like Millennium Management, ExodusPoint, Alphadyne and Capula are among the most active players in this area.

One common trade is to buy cash Treasuries and sell interest-rate futures. Cash bonds have tended to trade slightly more cheaply than equivalent derivatives because they carry a higher capital charge for banks.

This means that in normal conditions, investors can buy Treasuries, sell the futures contract, and pocket the difference. In recent trading sessions, however, this trade has started to come undone.

The decline in liquidity in cash Treasuries has been more severe than in the futures market. This has resulted in a widening of the price difference between the two assets, with cash Treasuries falling relative to futures. This might seem confusing, given the Treasury market has rallied sharply in recent weeks as investors have flocked to the safety of government bonds. But the cash market has not rallied as much as futures.

The result is that the value of the cash Treasuries held by relative value traders has dropped, relative to the value of the futures they sold. As these losses become more severe, traders could be forced to give up on their positions, dumping Treasuries into an already dysfunctional market.

“I am massively worried that institutions are panicking and are unwinding positions at will,” said Tom di Galoma, a managing director at Seaport Global Holdings, an investment bank.

What could happen next?

On Wednesday afternoon in New York, some traders became nervous after they spotted signs of heavy selling in so-called off-the-run Treasuries, which are older issues of benchmark bonds that tend to be cheaper to buy and harder to sell.

This fanned concerns that relative value hedge funds could be starting to suffer under the strain of the market’s volatility. If that continues, expect Treasury prices to drop.

How big is this trade?

It is hard to calculate precisely, but the growth of the “repo” market — where hedge funds obtain short-term cash loans in exchange for Treasuries to juice their trades — is a good barometer, according to Mark Cabana, an interest rate strategist at Bank of America.

Daily volumes in the overnight repo market have roughly doubled over the past five years to over $1tn, according to data from the Federal Reserve Bank of New York.

The growth of the trading strategy also caught the eye of regulators last year after a cash crunch sent repo borrowing costs soaring in September. The Bank for International Settlements then warned that highly leveraged relative value trading strategies may have exacerbated the situation.

What can be done about it?

The Fed moved to address the problem on Thursday, ramping up the amount of cash it will inject into the repo market for the third time this week to ensure funding markets are functioning.

The US central bank also said it would alter the types of bonds it will buy, in order to address what it called “highly unusual disruptions in Treasury financing markets associated with the coronavirus outbreak”.

The move could help, said Jay Barry, a managing director on the interest rate strategy team at JPMorgan, but he noted that policymakers have limited tools at their disposal.

“There is no immediate fix that can change it,” he said. “The only thing that will return some semblance of normalcy to the deepest and most liquid market in the world is volatility decreasing.”

Will it be enough?

That is the big question. Relative value traders have been significant buyers of US Treasuries in recent years, helping to swallow the deluge of debt coming from the expanding government deficit.

Analysts and investors fear that an unwinding of these strategies could ricochet through the entire global financial system.