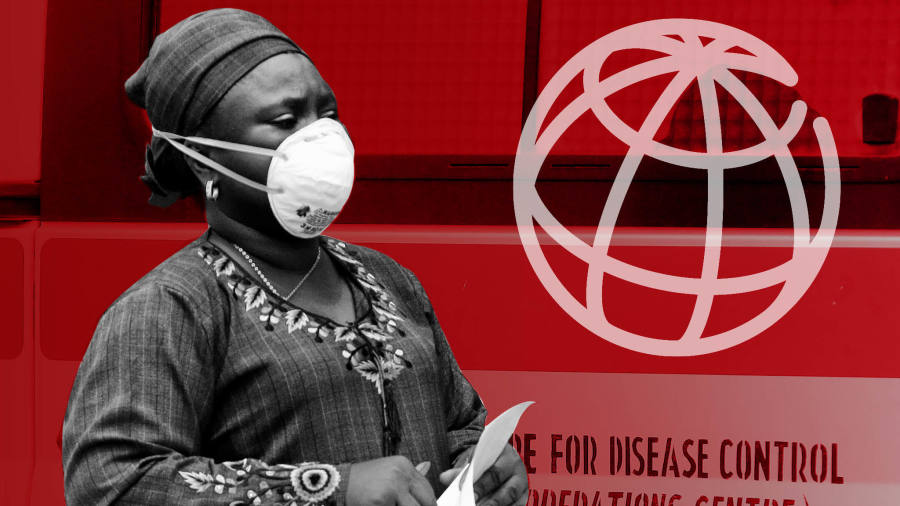 Pandemic bonds issued by the World Bank are under fire, accused of having structural flaws that prevent them from supporting poor countries hit hard by coronavirus.

Critics are taking aim at two classes of bonds sold by the Washington, DC-based institution three years ago, in a $320m deal designed to help developing nations facing a serious outbreak of infectious disease. The bonds deliver interest payments to investors until certain trigger conditions are reached, at which point the money is not repaid in full and funds are used instead to help tackle the crisis.

But the bonds did not pay out a cent during a severe attack of Ebola in the Democratic Republic of Congo last year and are yet to pay out to relieve effects of the coronavirus outbreak, which has led to at least 110,000 cases worldwide and more than 4000 deaths. Some analysts say the bonds’ terms are too stringent, preventing money from being funnelled to countries where the spread of the pandemic could be resisted.

Meanwhile, investors holding the bonds — among them Baillie Gifford, Amundi and Stone Ridge Asset Management — have been receiving high coupons.

“It’s a complete failure of an instrument,” said Olga Jonas, a senior fellow at Harvard’s Global Health Institute, who worked at the World Bank for 33 years. “It failed in Ebola and it may still fail in this coronavirus emergency.”

The bonds can trace their origin to another outbreak of Ebola in 2014, after which the World Health Organization made an unsuccessful plea for money from developed countries. Later that year Jim Yong Kim, then president of the World Bank, proclaimed that the international community had “failed miserably” and called for the creation of a $20bn fund to tackle pandemics.

In the end, the fund received a total of $181m from Japan, Germany, Australia and the International Development Association, a part of the World Bank Group that offers assistance to the world’s poorest countries. And so the World Bank pressed ahead with pandemic bonds, setting aside $117m to pay interest.

At the time of the launch of the programme in July 2017, Mr Kim said the bank had “taken a momentous step that has the potential to save millions of lives and entire economies from one of the greatest systemic threats we face”.

Tranche A of the bonds, which raised $225m, was designed mainly for flu outbreaks but also covers coronavirus. It offers investors annual interest of Libor plus 6.9 per cent, and requires more than 2,500 fatalities to have taken place, 20 of which are outside of the country of origin. Riskier Tranche B ($95m), which was designed to cover coronavirus and Ebola, pays Libor plus 11.5 per cent until a total of 250 deaths, 20 of them in a secondary country.

But both tranches can pay out only if the epidemic is deemed to be growing 12 weeks after the first day of the outbreak. In the case of Covid-19, that will be March 23.

If all trigger conditions are met on that date, investors in Tranche B should lose all their money while Tranche A investors lose a maximum 16.7 per cent, for a total payout of $132.5m. According to DBRS Morningstar, proceeds could go to Pakistan, Nigeria, Cambodia, Senegal, Nepal and Afghanistan: countries that have suffered coronavirus casualties and are also eligible for funding from the International Bank for Reconstruction and Development, the World Bank’s lending arm, or the IDA.

But payouts remain uncertain, said Dirk Schmelzer, head of portfolio management at Plenum Investments, a Zurich-based asset manager which holds some of Tranche A, given that data may not be timely enough, or complete enough, to determine that the outbreak is growing. “It would be a surprise . . . if we see a plateauing of the cases on a global scale,” he said. “It’s more likely we’ll see an explosion in areas that we currently do not account for.”

Some argue that the bonds met the particular design remit: to transfer some of the risk of pandemics to wealthy investors. But they accept that future iterations may need some fine-tuning. “We believe the more you have a market for risk, the more you make better decisions and accurately assess probabilities,” said Barney Schauble of Nephila Capital, a fund manager based in Larkspur, California.

A spokesperson for the World Bank said the bonds were “one specific tool to respond to the most extreme situations caused by pandemic outbreaks”.

Marcos Alvarez, senior vice-president of global financial institutions at DBRS, recommended that the 12-week assessment period be shortened or cut altogether. Another option: to count only deaths that take place in countries eligible for IBRD and IDA support, so that the instruments “target the countries they really want to help”.

Others think money donated by rich nations could be more effectively deployed in supporting public health systems in poorer countries vulnerable to pandemics.

“The rationale for these bonds didn’t exist in 2017 and it doesn’t exist now,” said Ms Jonas.