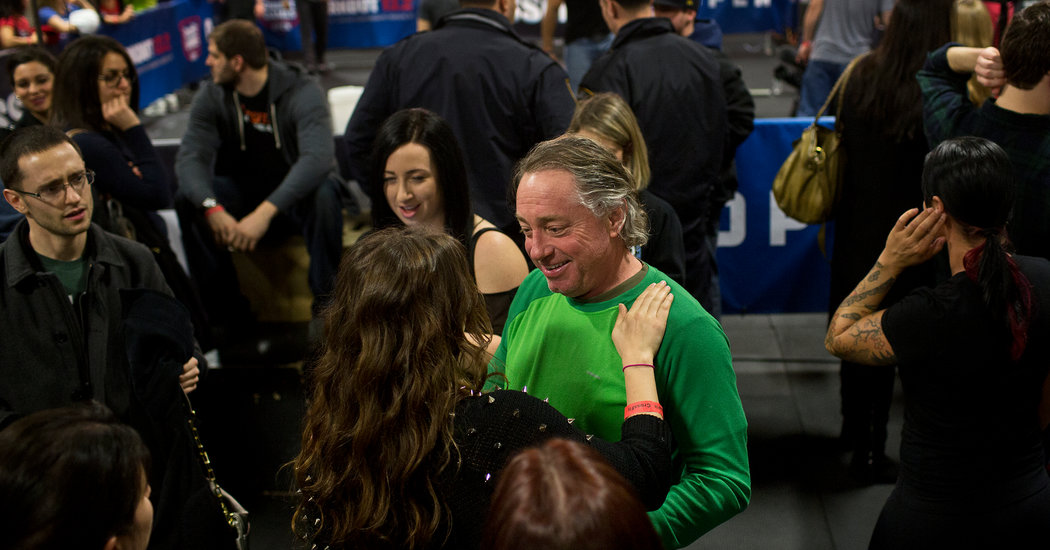 “There is so much positive in the CrossFit community,” said one female former employee who, like many others interviewed for this article, was granted anonymity because she fears legal retribution from Mr. Glassman. “Do you want to be the person who ruins people’s hopes and dreams and even their businesses? CrossFit is not just about fitness. It becomes your friends, your family, your community. People create their entire lives around it.”

Away from the local gyms where he is venerated, though, the picture of Mr. Glassman clouds quickly. “There was a constant narrative about women,” the former corporate employee said. She described his using vulgarities frequently to refer to women, enumerating which he wanted to have sex with and which he wouldn’t. He “was always descriptive in nature about it,” she said, “bragging about sexual escapades.”

This attitude was so entwined with operations that the Wi-Fi password at a company office in San Diego used to be a sexist obscenity, according to three former employees.

Male employees would rank female professional CrossFit athletes according to how much the men wanted to have sex with them, according to an email from a current CrossFit employee to a former one that was reviewed by The New York Times. (Mr. Glassman denies this, his spokeswoman said.)

In 2012, Mr. Glassman agreed to pay a financial settlement to Julie Kelly, a former employee whose lawyers threatened to file a sexual harassment lawsuit, according to three people in the CrossFit community with direct knowledge of the situation. Among other incidents, they related, during a company get-together at a bar, Mr. Glassman stood next to Ms. Kelly and made a vulgar and obscene comment about her to another man, (Mr. Glassman denies this, the spokeswoman said, and would not comment on the settlement.)

Also that year, Mr. Glassman was being driven to the airport by Andy Stumpf, a former Navy Seal with five Bronze Star medals and a Purple Heart who oversaw CrossFit, Inc.’s partnership with Reebok and also worked as Mr. Glassman’s pilot.