DaBaby Unseats the Weeknd at No. 1 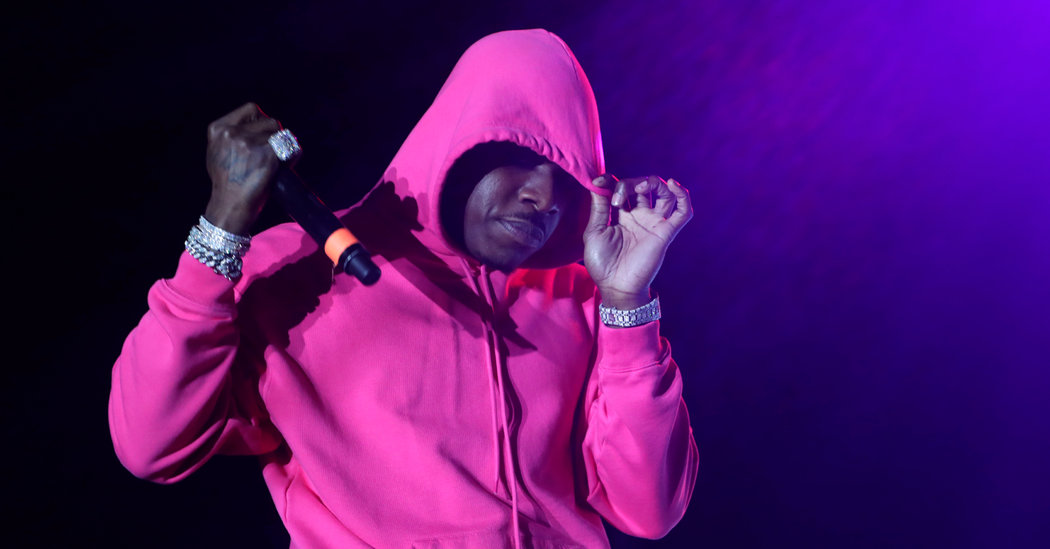 When the North Carolina rapper DaBaby first reached No. 1 on Billboard’s album chart last fall, it was the triumph of a fast-moving newcomer who was a master of meme-ready marketing — that album, “Kirk,” was the third project in 12 months from a musician who had gotten attention by walking the streets of South by Southwest wearing only jewels and an adult diaper.

DaBaby has now repeated his success with a new album, “Blame It on Baby,” and has said that he plans to release yet another full-length project his year.

“Blame It on Baby,” with a cover image featuring the rapper in a face mask, opened at No. 1 with the equivalent of 124,000 album sales in the United States, according to data from Nielsen Music. His success was driven almost entirely by streaming, with almost 159 million clicks on streaming services and just 12,000 copies sold as a complete package.

Also this week, the Weeknd’s “After Hours” falls to No. 2 after a four-week run at the top, and the rapper Lil Uzi Vert’s “Eternal Atake” — another recent chart-topper — is No. 3.

Fiona Apple’s first album in eight years, “Fetch the Bolt Cutters,” which stunned critics across the board, opened at No. 4. The rapper Lil Baby — this Baby is from Atlanta — fell to No. 5 with “My Turn.”