DealBook: Should There Be Deals During a Pandemic? 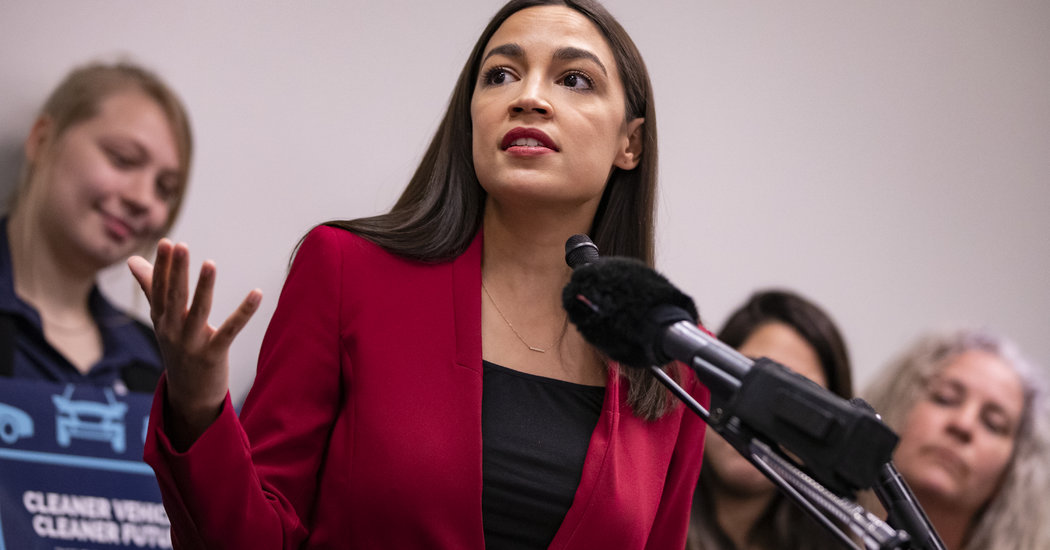 Good morning. Paul Krugman, the Times Opinion columnist and Nobel Prize-winning economist, is the special guest on our next DealBook Debrief call, tomorrow at 11 a.m. Eastern. He will discuss deficit spending, the debate over bailouts and take your questions. R.S.V.P. here to join. (Was this email forwarded to you? Sign up here.)

Senator Elizabeth Warren of Massachusetts and Representative Alexandria Ocasio-Cortez of New York escalated a Washington pushback against M.&A. during the pandemic.

The two introduced the Pandemic Anti-Monopoly Act, which would temporarily block many corporate acquisitions, including those by companies with more than $100 million in revenue and those owned by private equity or hedge funds. It would also direct the Federal Trade Commission to block deals that “pose a risk to the government’s ability to respond to a national emergency.”

It’s the latest shot across the bow of the deal industry, particularly private equity. Investment firms have argued that they shouldn’t be singled out for punishment during the pandemic, and they have successfully lobbied on issues like expanded lending programs from the Fed. Blackstone’s president, Jon Gray, writes in The Financial Times that private equity — which has some $1.5 trillion waiting to be spent — should be allowed to operate freely, or “more companies will fail.”

The proposal is unlikely to go anywhere in the Senate, which is controlled by Republicans. Noah Joshua Phillips, an F.T.C. commissioner, recently argued in DealBook that regulators were capable of carefully scrutinizing mergers during the crisis.

He said that big companies would be held criminally liable if they didn’t meet revised criteria for rescue loans, and that the administration would audit any borrower that received more than $2 million.

But the problem is of Mr. Mnuchin’s own making, The Times’s Alan Rappeport notes, since the bailout fund was designed to disburse money quickly, with few restrictions on who qualified.

Punishing offenders could be tough. Legal experts say that it’s difficult to pursue claims against businesses that followed the vague eligibility rules. And the Small Business Administration, which is in charge of the program, could find it hard to audit millions of borrowers on its shoestring budget.

Data published this morning are expected to show that the U.S. economy shrank in the first quarter at its fastest rate in a decade. Economists expect G.D.P. to have contracted at a 4 percent annual rate.

It will get much, much worse. Since the economy was relatively strong in January and February, the first quarter numbers won’t reflect the full impact of the coronavirus pandemic: “This is just the squall before the hurricane,” notes Ian Shepherdson of Pantheon Macroeconomics. In the second quarter, the economy is expected to shrink at an annual rate of 30 percent or more, the worst contraction since the Great Depression.

The Fed is expected announce its latest thinking this afternoon, after its policymakers meet. Following two months of nonstop action, the central bank may hint that interest rates will remain near zero for months or even years. It could also offer additional guidance about its bond-buying plans, which have swelled the central bank’s balance sheet to $6.6 trillion, from around $4 trillion at the start of the year.

Deal Professor: The case for buybacks

Steven Davidoff Solomon, a.k.a. the “Deal Professor,” is a professor at the U.C. Berkeley School of Law and the faculty co-director at the Berkeley Center for Law, Business and the Economy.

In his latest column, he says that the backlash against buybacks has gone too far. What do you think? Let us know at [email protected], and your thoughts may be included in a future newsletter. (Be sure to tell us your name and location.)

Financial crises follow a sequence. One of the steps is outrage. Then comes regulation — think Dodd-Frank, Sarbanes-Oxley and the like.

Many now argue that if these companies kept more cash on hand, they wouldn’t need bailouts now. This criticism joins longer-running arguments over whether buybacks encourage short-termism and limit investment in research and development.

But there are good reasons to support buybacks. They allow capital to be deployed efficiently and stop managers from spending excess cash on vanity projects.

What’s more, R.&D. has continued to grow. And it’s not like companies are running short of funds, with Corporate America’s cash pile well over $1 trillion (concentrated, admittedly, in tech companies).

The current criticism seems to be that companies didn’t put enough cash into the cookie jar to survive a pandemic. I acknowledge that argument, but how much cash do we want companies — or, indeed, ourselves — to have on hand? If we required companies to set aside, say, 10 percent of their revenue, then that would be money that could not be spent elsewhere.

To be sure, there are issues with buybacks. Mr. Fried has ably documented how executives can time them to their personal benefit, something akin to insider trading. Companies do buy back shares when they’re too expensive or otherwise spend money that should be saved. And in other cases, stock buybacks have encouraged a short-term focus.

This doesn’t mean buybacks should be banned because of an unprecedented crisis. Let’s address the arguments for and against them head-on, and not let outrage lead to undue regulation.

A handful of giant companies now exert more influence over the stock market than at any time since the tech boom, Matt Phillips of The Times writes.

A fifth of the S&P 500’s value consists of just five companies: Alphabet, Amazon, Apple, Facebook and Microsoft are worth a combined $5 trillion.

The pandemic accelerated the concentration of market wealth already underway, with consolidation in several industries gathering pace since the financial crisis in 2008. The nature of the virus outbreak has also played to the strengths of the tech giants: “It turns out Amazon was one of the most successful businesses in the U.S., and on top of it, they are the ones who can keep processing orders,” Thomas Philippon, a professor of finance at New York University, told Matt.

• True to form, Alphabet reported higher-than-expected sales yesterday, lifting its share price even further in after-hours trading. Facebook and Microsoft are to release earnings today, with Amazon and Apple set for tomorrow.

• Sycamore Partners will find it difficult to break its agreement to buy majority control of Victoria’s Secret because of the prescient way the contract was written. (NYT)

• Executives are pushing the Trump administration to give their businesses legal protection from coronavirus-related lawsuits before reopening. Democratic leaders are opposed. (NYT, Bloomberg)

• President Trump declared meat processing plants “critical infrastructure” in an effort to keep them running, even as thousands of workers have fallen ill from the coronavirus. (NYT)

• Uber is said to be weighing plans to lay off 20 percent of its employees. (The Information)