DealBook: The Loans and the Fury 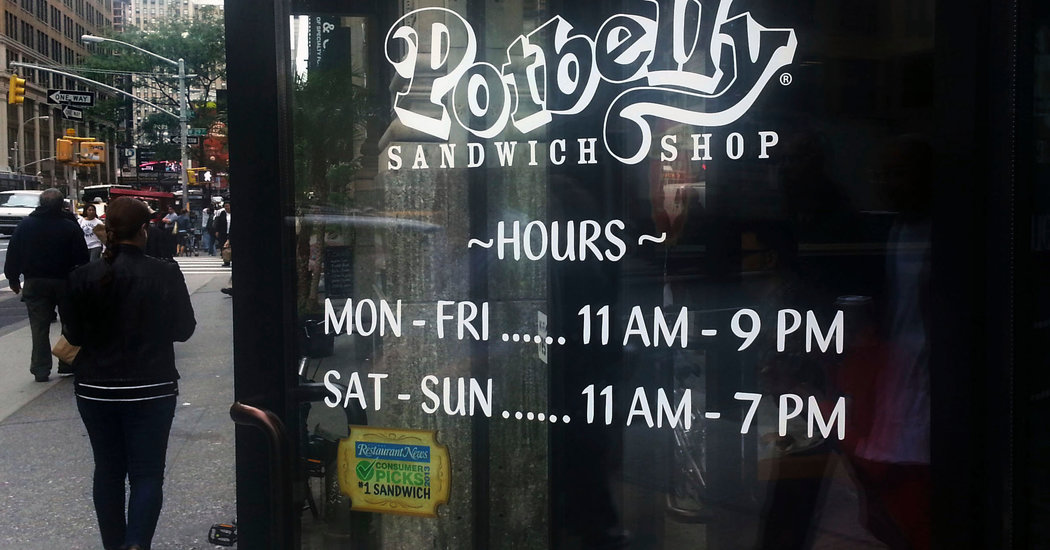 Good morning. A reminder that our next DealBook Helpline call, for business leaders navigating the challenges of running a company during the pandemic, is tomorrow at 11 a.m. Eastern. R.S.V.P. here. (Was this email forwarded to you? Sign up here.)

More questions about who gets bailout money

As the U.S. government’s small-business loan fund reopens today, outrage remains about companies that may have unfairly received help in the $350 billion first round of rescue financing.

Companies that received money, according to The Times, include firms that recently boasted about access to other sources of capital, a disqualification under guidelines for the program; companies that had scrapes with regulators over accounting issues; and businesses that paid executives millions in recent years. More than 200 publicly traded companies have received some $750 million from the program designed for the smallest businesses.

AutoNation and Potbelly said they would return federal loan money, after being criticized for taking it. Other corporate groups say they won’t give back money, including those associated with a Dallas hotelier in line to receive more than $120 million from the program.

Lenders say the fund will need even more money, despite $310 billion coming online at 10:30 a.m. Eastern today. “As soon as they turn the switch on, that money will be gone,” said Tony Wilkinson of the National Association of Government Guaranteed Lenders.

The outspoken judge spent more than 20 years on the bench in the most important courts for corporate America, since most big companies are incorporated in Delaware. He retired from the state’s Supreme Court late last year after five years as its top judge.

In his new “strategic counseling role,” Mr. Strine will work with Wachtell’s lawyers and clients to weave sustainability and social responsibility into business practices, along with advising on transactions and litigation. The firm is well suited “to put into practical application principles I believe are vital to our economy working for everyone,” Mr. Strine said in a statement.

AT&T’s deal-maker in chief hangs it up

The telecom and media giant said on Friday that Randall Stephenson would step down as C.E.O. this summer. He transformed the company during his 13-year tenure, but investors still wonder whether his huge deals were worthwhile.

Mr. Stephenson expanded AT&T’s empire beyond phone and cable services, overseeing a $49 billion takeover of DirecTV in 2015 and the $85 billion acquisition of Time Warner in 2018. He also sought in 2011 to buy T-Mobile for $39 billion, but was forced to walk away after the Obama administration opposed his bid.

Mr. Stephenson’s plan remains risky. DirecTV has bled customers as the satellite-TV business lost ground to streaming, while Time Warner — currently known as WarnerMedia — is only now rolling out its streaming service.

• Meanwhile, AT&T has about $150 billion in net debt, making it one of the most indebted nonfinancial companies in the world.

The case against banning mergers

Last week, Representative David Cicilline, the chair of the House Judiciary Committee’s antitrust panel, called for a ban on mergers during the pandemic, except for “firms that are truly failing or in bankruptcy.” Noah Joshua Phillips, a commissioner on the Federal Trade Commission, sent this response to DealBook. (The views expressed his own and do not necessarily reflect the views of the F.T.C. or any other commissioner.)

The theory that the pandemic requires the government to shut down M.&A. goes something like this: The antitrust agencies are overwhelmed and cannot do the job of reviewing mergers, inviting a rush of companies looking to merge with minimal oversight, exacerbating the problem. The result is that anticompetitive transactions go unnoticed and unchallenged.

The facts are different, in two important ways.

First, while the restrictions related to Covid-19 require serious adjustments at the antitrust agencies — we’re working from home, dealing with remote technology and handling kids just like other workplaces across the country — merger reviews continue. We announced a new e-filing system, temporarily suspended the early termination of straightforward merger reviews and sought voluntary extensions from companies. Within days, we were able to get back to a “new normal.” There may be additional challenges, but we are not sacrificing the thoroughness of our investigations.

Second, there is no evidence that the antitrust agencies are overwhelmed by filings. The Premerger Notification Office estimates a nearly 60 percent reduction in reported transactions during the past month, compared with the historical average. That is consistent with press reports indicating that M.&A. activity is down dramatically because of this crisis. Transactions reported to the F.T.C. also dropped off a cliff during the last recession. The market is funny like that.

M.&A. activity is down on its own. That makes the pandemic an odd excuse to forbid M.&A. But if you think mergers generally are bad, the cost to stopping them all is low. If you value the market for corporate control, the cost is high.

Even when M.&A. is reduced, it has an important role to play during a period of economic adjustment. Consumers benefit if a merger leads to the delivery of products or services that a company could not efficiently provide on its own, and from the innovation and lower prices that better management and integration can provide. Workers benefit, too, as they remain employed by going concerns. It serves no good, including for competition, to let companies that might live, die.

While merger review is not currently the top-of-mind issue for many — and it shouldn’t be — American consumers stand to gain from pro-competitive mergers, during and after the current crisis.

🏦 Central banks meet in Japan on Monday, the U.S. on Wednesday and the eurozone on Thursday. They aren’t expected to alter interest rates but could unveil new or expanded stimulus programs.

📉 First quarter G.D.P. in the U.S., out on Wednesday, is expected to show that the economy shrank 4 percent at an annualized rate. G.D.P. data for the eurozone comes out on Thursday, probably revealing a similar drop.

💻 All of the tech giants report their latest quarterly earnings, including Alphabet on Tuesday, Facebook and Microsoft on Wednesday, and Amazon and Apple on Thursday.

🛢 Energy companies, reeling from the crash in oil prices, will unveil an ugly set of results: BP on Tuesday, ConocoPhillips and Shell on Thursday, and Chevron and Exxon Mobil on Friday.

💊 Pharma firms will be closely watched for any news of Covid-19 breakthroughs, including Pfizer, Merck and Novartis on Tuesday, and AstraZeneca and GlaxoSmithKline on Wednesday.

💰 Big European banks are opening their books, including HSBC and UBS on Tuesday, and Barclays on Wednesday. Deutsche Bank jumped the gun today and reported better-than-expected earnings ahead of schedule.

• Boeing sought to walk away from a $4.2 billion deal to buy 80 percent of Embraer’s commercial jet business. (NYT)

• Deutsche Bank rejected a request by four Democratic senators for information on the lender’s ties to the Trump family business. (Bloomberg)

• Amazon lost its appeal on a French court order that requires the company to stop delivering nonessential items during the pandemic. (NYT)