DealBook: What Went Wrong, and How to Fix It 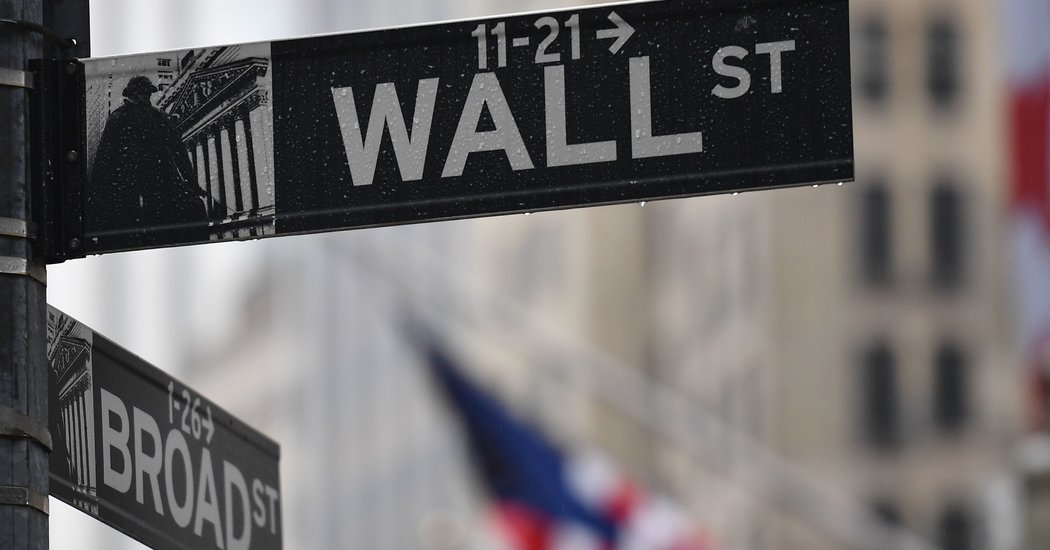 Good morning on this Good Friday. If you missed our latest DealBook Debrief call, in which we discussed the impact of the coronavirus on the media industry, listen to the recording here. Next week, we are holding our first DealBook Helpine call, in which top experts offer advice to entrepreneurs and other business leaders about running a company during the pandemic. R.S.V.P. here to join the call on Tuesday, April 14 at 11 a.m. Eastern. (Was this email forwarded to you? Sign up here.)

We decided to send this special edition of DealBook on a market holiday to share a provocative essay about how business should change after the coronavirus crisis. It was co-written by Leo Strine Jr., perhaps the most influential judge in corporate America over the past decade.

Before stepping down last year, Mr. Strine was the chief justice of the Delaware Supreme Court, which oversees more U.S. businesses than any other, because an overwhelming number of companies are incorporated in the state. He is now an adjunct professor at the Penn and Harvard Law Schools. He wrote this essay with Dorothy Lund, an assistant professor at the University of Southern California Gould School of Law.

What do you think? Let us know at [email protected]

How to restore strength and fairness to our economy

When we cautiously return to normalcy, there will be a natural tendency to play the blame game about the reality that our economic system was not well positioned to absorb the effects of the pandemic without an enormous corporate bailout. Bluntly, why do the wealthiest institutions in our society appear to manage their balance sheets less prudently than many middle-class Americans?

When many businesses did not have sufficient reserves to pay the next month’s rent after less than a month of slowdown, and when many more furloughed or laid off thousands of workers for the same reason, it will be tempting to single out examples for shaming. But the finger-pointing will obscure a central question that must be answered if we want our economy to better endure unexpected shocks in the future: Are Americans well served by a corporate governance system that has encouraged all sectors of the economy to run their businesses on fumes?

What we mean by that is simple. Families are encouraged to put aside a reserve to pay their mortgages and bills and to feed themselves in case of an emergency. Why don’t corporations do the same? After a 10-year economic expansion that led to record increases in earnings, plus huge corporate tax relief, American corporations should have had substantial cash reserves to sustain them during a short period without revenue. But many did not, and instead were highly leveraged, lacked adequate reserves and lived paycheck to paycheck, so to speak. What happened to that cash? Much of it was returned to shareholders in dividends and stock buybacks.

At the same time, American corporations weakened the traditional gain-sharing between the workforce and stockholders that characterized the post-World War II era. During that period, when corporate profits went up, workers shared equitably in the gains. Not any more.

There are many reasons for this, including diminished legal protection for workers seeking to unionize. But our corporate governance system must accept substantial responsibility for the slant against workers and in favor of stockholders. Powerful institutional investors have arisen to pressure companies to reduce the share of corporate profits that goes into workers’ paychecks and tilt companies toward riskier balance sheets. Making this more piquant is that these institutional investors wield the power that flows from the 401(k) retirement savings of American workers, worker-investors who derive almost all of their wealth and savings from their continued access to a job and fair pay raises.

Recently, the Business Roundtable and leading institutional investors have responded to growing inequality and economic insecurity by calling for greater respect toward all corporate stakeholders, not just stockholders. But what does it say about whether rhetoric is enough that, in the national emergency we are facing, American workers and taxpayers, not institutional investors or top corporate managers, are bearing the brunt of the harm? We are again paying the price for a corporate governance system that lacks focus on financial soundness, sustainable wealth creation and the fair treatment of workers.

For too long, the stock market’s power over our economy has grown at the expense of other stakeholders, particularly workers. Although overall wealth has grown, it has done so in a skewed way that is unfair to the bulk of the American workers who are primarily responsible for that increase. The shift toward satisfying insatiable stock market demands has also led to increasing levels of corporate debt and economic risk.

Because we are spending more than $2 trillion to keep our economy afloat, some will argue that we lack the capacity to address the deeper problems that made us weak when we most needed strength. They are dangerously mistaken. It is more important than ever to understand the connection between the poor policy choices we have made and the reasons for yet another enormous corporate bailout. Instead of retreat, we need a 21st-century New Deal that, in the bold spirit of F.D.R., rebalances our corporate governance system and makes it deliver economic security for the many once again.

Instead of just rhetoric, consider regulatory action to encourage corporations and institutional investors to make the best interests of American workers, consumers, communities and the environment an end goal of corporate governance, as important as serving stockholders. Public and large private companies receiving bailouts or pandemic-related subsidies could be required to become public benefit corporations under state law, and others could be given positive incentives to do the same. Institutional investors and socially important companies could be required to disclose to the public how much weight they give to issues like worker pay and safety, environmental responsibility and maintaining a strong balance sheet.

Restoring the fairness of our economic system also requires investments in infrastructure, innovation and worker training to meet the existential threat of climate change and improve the quality of pay and job prospects for American workers. Penny-pinching did not inhibit the bailout of the financial industry in 2008, the 2017 corporate tax cuts or the emergency bill to address the pandemic. And it cannot stop us from funding what is needed to get America back to work and to prevent the catastrophic consequences of global warming. Progressive approaches like a financial transaction tax, a graduated capital gains tax and an end to the carried interest loophole for hedge funds can pay for these essential investments fairly. These measures are integral to corporate governance reform because they encourage sustainable investing and put a damper on imprudent speculation.

Finally, we must acknowledge this fact: Waiting until a dark economic moment to give workers Band-Aids in a bailout bill is a poor substitute for giving them what they deserve in the first place. Restoring a fair opportunity for American workers to unionize, and increasing worker voice and leverage at socially important businesses, must be at the forefront of any agenda to make sure that American capitalism delivers for all of us.

Long reads for the long weekend

• The New York Times’s Opinion team has started a new project imagining how the United States can address the inequalities exposed by the coronavirus crisis, and emerge more resilient than before. New pieces will be added each day. The opening editorial envisions “The America We Need”:

“The crucible of a crisis provides the opportunity to forge a better society, but the crisis itself does not do the work. Crises expose problems, but they do not supply alternatives, let alone political will. Change requires ideas and leadership. Nations often pass through the same kinds of crises repeatedly, either unable to imagine a different path or unwilling to walk it.”

• What does it mean when tech billionaires donate huge sums to help fight the coronavirus — and cement their power at the same time? Theodore Schleifer of Recode takes a closer look:

“Some are concerned that Big Tech, after years on the defensive, will be able to ‘charity-wash’ their reputations and build corporate goodwill through redemptive, headline-grabbing donations that help lower the temperature on, say, breaking up the tech companies at the end of this.”

• Jigsaw puzzles have a newfound popularity in the age of pandemic. But Amie Tsang of The Times reports on how hard it is to manufacture puzzles — let alone solve them:

“Each puzzle piece must be uniquely shaped, to avoid one accidentally fitting into the wrong place. That means 1,000 different shapes for a 1,000-piece puzzle, each drawn by hand by workers. Before a puzzle is cut for the first time, each piece is sketched on a sheet of paper draped over the finished image.”