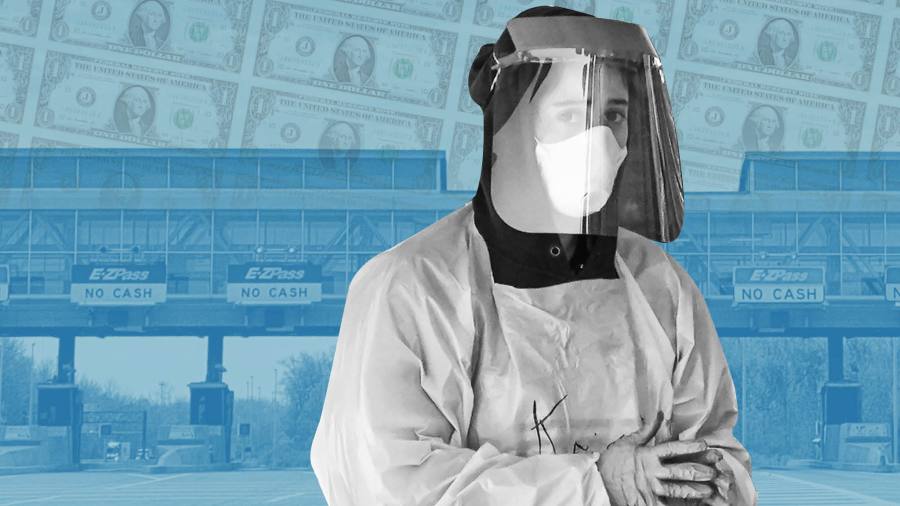 Bond investors are keeping a keen eye on widening public pension deficits in the US, where the coronavirus pandemic has piled pressure on states and cities already struggling to stay afloat.

New Jersey, which has one of the biggest gaps between its pension assets and what it is projected to pay retirees, at $62bn, announced in May that it would defer a $950m top-up payment by one month as it tries to fill a hole in its budget opened up by Covid-19.

Meanwhile, Illinois is in danger of falling further behind on efforts to close its own $140bn pension funding deficit, according to credit rating agency Fitch. The state was the first to tap into a special Federal Reserve facility designed to alleviate effects of the economic shutdown.

In the midst of a global pandemic that has jeopardised the ability of municipalities to pay police, firefighters, teachers and medical workers, such considerations may not be front of mind for state treasurers. Voluntary pensions contributions might “seem like a bit of a luxury”, said Vikram Rai, head of municipal strategy at Citigroup.

But missed payments risk creating a funding crisis, strategists warn, that could come back to haunt these states and investors in their debt. Pension recipients would probably be treated as senior to bondholders in the event of bankruptcy, according to analysts. Some public pension plans are on pace to run out of money as soon as 2028.

Missed payments create a “double whammy” for states that are already struggling to keep up with their obligations, said Dan Barton, head of municipal research at Mellon Asset Management. “That’s a very bad situation to be in.”

One big problem with deferring pension payments is that they must be made up with interest, said Todd Kanaster, analyst at rating agency S&P Global. This is because these pension plans bake in an assumed rate of return from their investment portfolios into their projections — and those earnings need to be made up, in addition to the original missed payment. These assumed rates of return typically sit somewhere around 7 and 8 per cent, so things can spiral out of control quickly when states start to skip payments, Mr Kanaster said.

Investors have penalised states with severely underfunded pensions. In early May, Illinois — the country’s lowest-rated state — put on pause a planned $1.2bn sale of short-term debt after investors demanded significant premiums to buy it. Around the same time, the state placed a $1bn debt auction on a so-called “day-to-day” status, meaning the timing of the sale depends on market conditions.

Illinois eventually sold $800m worth of debt, including bonds that mature in 2045 at an elevated yield of 5.85 per cent — roughly three times the average yield on highly rated 30-year municipal bonds at the time. Kentucky, another state with a pension funding headache, has a 2045 bond trading at a 2.8 per cent yield, also a substantial premium to peers.

Illinois has not announced pension contribution cuts, but Fitch calls the state’s budget a “work in progress” and has warned that even before the pandemic politicians were not allocating enough money to close its funding gap.

Some in the sector say fears of a nationwide pension crisis are overblown. “I’ve argued with people that if they say there’s a pension crisis that [means] there’s a commensurate mortgage crisis,” said Chris Ailman, chief investment officer of the $240bn California State Teachers’ Retirement System, the second largest pension fund in the US. “You’re acting as if everybody’s 30-year mortgage is due today.”

States and cities are not in danger of liquidation even if they go bankrupt, so it is not clear to some investors that they need to be prepared to pay out all of their pension benefits at once.

“From an investor’s perspective, I don’t know if any of us want the pensions to be 100 per cent funded today,” said Scott Diamond, co-head of municipal fixed income at Goldman Sachs Asset Management. “If a municipality had 80 per cent or even 70 per cent of its pension funded, that would be pretty good.”

Yet states such as New Jersey, Kentucky and Illinois are so deep in the hole that they have no choice but to keep pouring money into their funds. Laws in these and other states prohibit the government from slashing payouts to retirees. Analysts say it is important for investors to see that they have enough money on hand to meet their obligations.

“The path out of the problem is more money,” said Doug Offerman, analyst at Fitch, alluding to top-ups. The states that have managed to reduce their deficits have not done so with “high-profile financial engineering”, he said. “They’ve done it with steady contributions a bit higher than what actuaries say is necessary.”