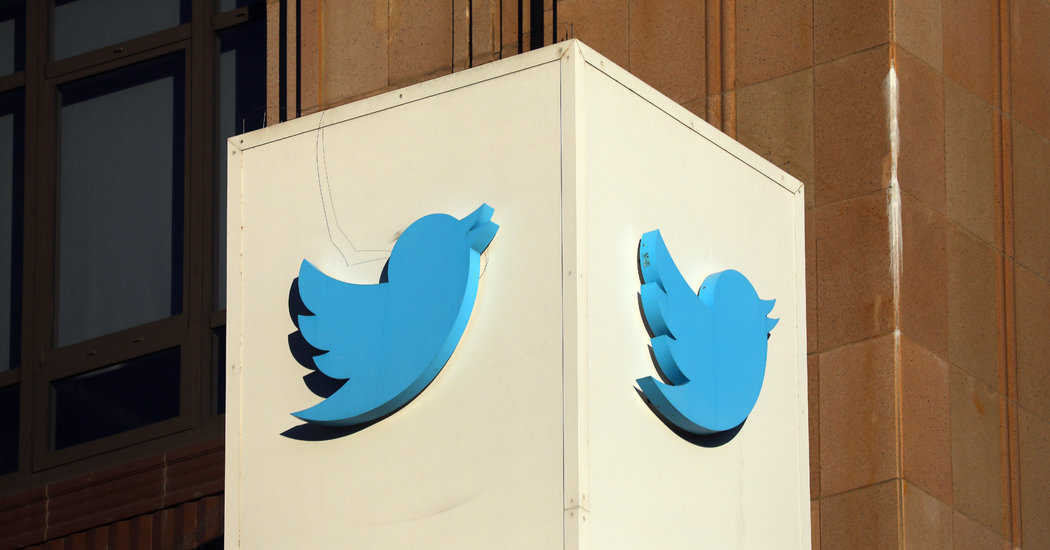 OAKLAND, Calif. — Twitter on Thursday added new fact-checking labels to hundreds of tweets, even as the Trump administration prepared an executive order to curtail the legal protections that shield social media companies from liability for the content posted on their platforms.

Twitter’s move escalated the confrontation between the company and President Trump, who has fulminated this week over actions taken by his favorite social media service.

Twitter on Tuesday had appended fact-checking labels for the first time to two of Mr. Trump’s tweets about mail-in ballots, refuting their accuracy. In response, Mr. Trump accused Twitter of stifling speech and declared that he would put a stop to the interference.

Since then, White House officials have drafted an executive order that would make it easier for federal regulators to argue that companies like Facebook, Google and Twitter are suppressing free speech when they move to suspend users or delete posts. The executive order may come as early as Thursday.

Yet even with the executive order expected, Twitter doubled down and continued its fact-checking effort. Early Thursday, it added fact-checking labels to messages from Zhao Lijian, a spokesman for China’s foreign ministry who had claimed that the coronavirus outbreak may have begun in the United States and been brought to China by the U.S. military.

Twitter also added notices on hundreds of tweets that falsely claimed a photo of a man in a red baseball cap was Derek Chauvin, an officer involved in the death of George Floyd, an African-American man who died this week after being handcuffed and pinned to the ground by police. The Twitter label alerted viewers that the image was “manipulated media.”

The drama between Twitter and Mr. Trump shows that a backlash against large tech companies, which had receded in the initial phases of the pandemic, is now back in full force. The Justice Department has also recently signaled that it is preparing to bring an antitrust case against Google.

“This proposed executive order seems designed to punish a handful of companies for perceived slights,” said Jon Berroya, chief executive of the Internet Association, a lobbying group representing many of the major tech companies. “It stands to undermine a variety of government efforts to protect public safety and spread critical information online through social media and threatens the vibrancy of a core segment of our economy.”

A Twitter spokeswoman said that the tweets modified on Thursday contained “potentially misleading content” and that the fact-checking was consistent with the company’s approach this month.

In a series of tweets on Wednesday, Jack Dorsey, Twitter’s chief executive, also said he would not back down from the fact-checking effort. “We’ll continue to point out incorrect or disputed information,” he wrote.

A draft of the executive order targets protections granted to technology services under Section 230 of the Communications Decency Act. The law gives tech companies such as Facebook, Google and Twitter broad immunity from liability for content created by their users.

But as Mr. Trump and other conservative figures have claimed that social media companies are biased against them, Republican lawmakers have proposed modifications to the statute. The draft of the executive order included new ways that federal agencies could enforce against what it called “selective censoring.” If introduced, it would likely face legal challenges.

Twitter’s confrontation with Mr. Trump has also opened new fissures in Silicon Valley. While Mr. Dorsey has doubled down on fact-checking tweets, Mark Zuckerberg, Facebook’s chief executive, has distanced his social network from that effort.

In a taped television interview that ran Thursday morning on Fox, Mr. Zuckerberg said, “I just believe strongly that Facebook shouldn’t be the arbiter of truth of everything that people say online.”

Mr. Zuckerberg made his comments even as Facebook has also introduced fact-checking labels, using third-party services to review potentially false information. The approach has been scattershot and uneven, and critics have argued that third-party fact checkers have been unable to keep up with the billions of pieces of content on the social network.

On Twitter, Mr. Dorsey fired back after Mr. Zuckerberg’s comments became public before they were aired.

“This does not make us an ‘arbiter of truth,’” he said of his decision to fact-check tweets. “Our intention is to connect the dots of conflicting statements and show the information in dispute so people can judge for themselves.”