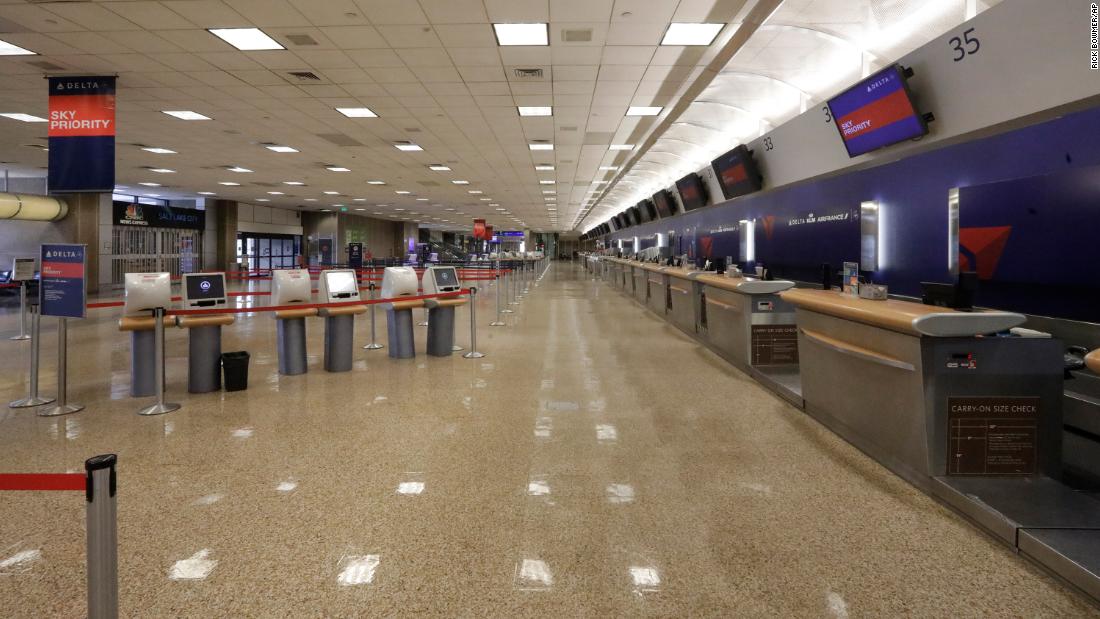 The airline said its loss, excluding special items, came in at $326 million, compared to a $639 million profit a year earlier. Revenue in the quarter fell $1.9 billion compared to a year ago, an 18% drop. The miles flown by paying passengers fell by 17%.

But the quarter was only the beginning of the problems for the carrier: Delta confirmed its previous warning that it expects revenue to be down 90% in the current quarter.

The number of people being screened at US airports by TSA is down 95% so far in April. Delta and other airlines are slashing their schedules for the quarter and grounding most of their planes.

The loss at Delta was smaller than the loss forecast by Wall Street analysts surveyed by Refinitiv. Every US airline is forecast to report losses of its own for the first three quarters of this year, at least.

First-quarter operating losses for the US industry are forecast to reach at least $2 billion. United Airlines (UAL) has warned it will report a $1 billion pre-tax operating loss itself in the first quarter, as it said demand for air travel has fallen to “essentially zero.”
Congress recently approved a $50 billion relief package for the industry, with $17.5 billion in federal grants and the rest in loans.
Shares of Delta (DAL) were narrowly higher in premarket trading on the report.