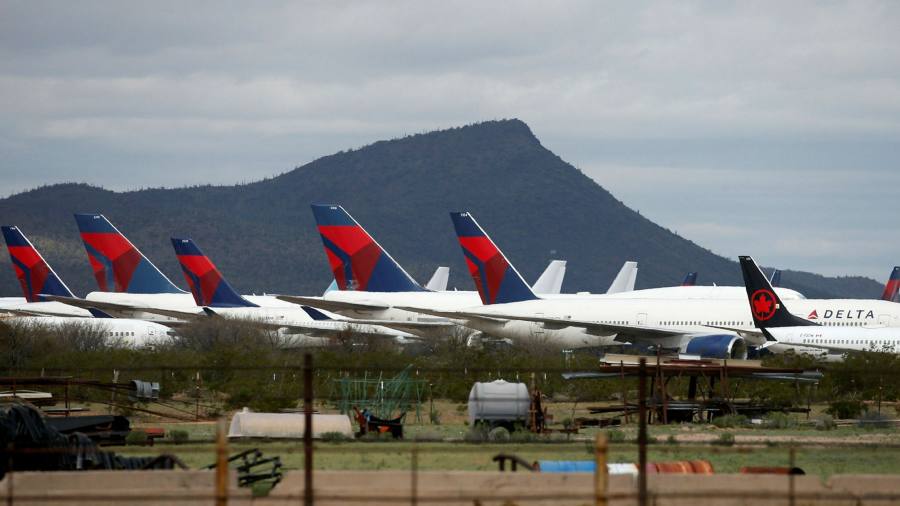 Delta Air Lines took advantage of blistering demand in debt markets as it sought to raise $5bn on Monday, as the company attempted to fortify its balance sheet to deal with the fallout from coronavirus.

The company had planned to borrow $3bn, but increased the size of the deal after investors clamoured to buy the debt, said people familiar with the fundraising. The cash injection is intended to help the Atlanta-based airline overcome the effects of travel restrictions put in place to contain the spread of Covid-19.

Last week the company reported a $607m pre-tax loss for the first quarter, after its revenues dropped almost one-fifth from the same period a year earlier. Still, the real blow is expected to land in the current quarter, according to chief executive Ed Bastian, who said revenues for the period could be down 90 per cent on 2019.

At the end of March the company was burning about $100m of cash every day, said finance chief Paul Jacobson.

Nonetheless, analysts consider Delta to be in better financial shape than many other US carriers. Delta went into the crisis with lower net debt than American or United, its two main rivals, when compared with operating earnings. United’s first-quarter pre-tax loss was $2.1bn.

“Notwithstanding the fact that it is a company in the eye of the storm with respect to the virus, it is viewed to be one of the best operators in the airline world,” said Ben Burton, a managing director for leveraged finance syndicate at Barclays. “It also has a balance sheet that . . . is one of the more conservatively leveraged.”

Delta on Monday was on course to borrow $3.5bn through the bond market with a five-year deal secured against the company’s assets, including its aircraft routes and the slots it hold at airports such as Heathrow in London or John F Kennedy in New York. Delta was also hoping to raise $1.5bn through a three-year loan, secured against the same assets.

The company has drawn down on a $3bn lending facility with a group of banks and expects to receive some $5.4bn to support its payroll from the US government’s giant stimulus package. Delta also plans to apply this week for $4.6bn from a second tranche of secured loans from the government, but the company has until September to decide whether to tap the funds.

The company was expected to pay a coupon of about 6.75 per cent on its new bond — a steep premium compared to 2.9 per cent on a five-year unsecured bond sold in October 2019. But that bond has since dramatically fallen in price, pushing its yield to 8.7 per cent.

The loan was set to price at 4.75 percentage points above Libor, the benchmark interest rate, and bankers planned to sell it at 97 cents on the dollar, said people familiar with the deal, in an attempt to entice investors.

The deal stands out as one of the few large debt sales to hit the loan market since the onset of coronavirus.

The US Federal Reserve has offered less direct support to the leveraged loan market than the bond market, but the central bank’s dramatic series of interventions have nonetheless helped loans recover from a sharp sell-off. The average leveraged loan price stands at 86 cents on the dollar, up from a low of 76 cents in March.