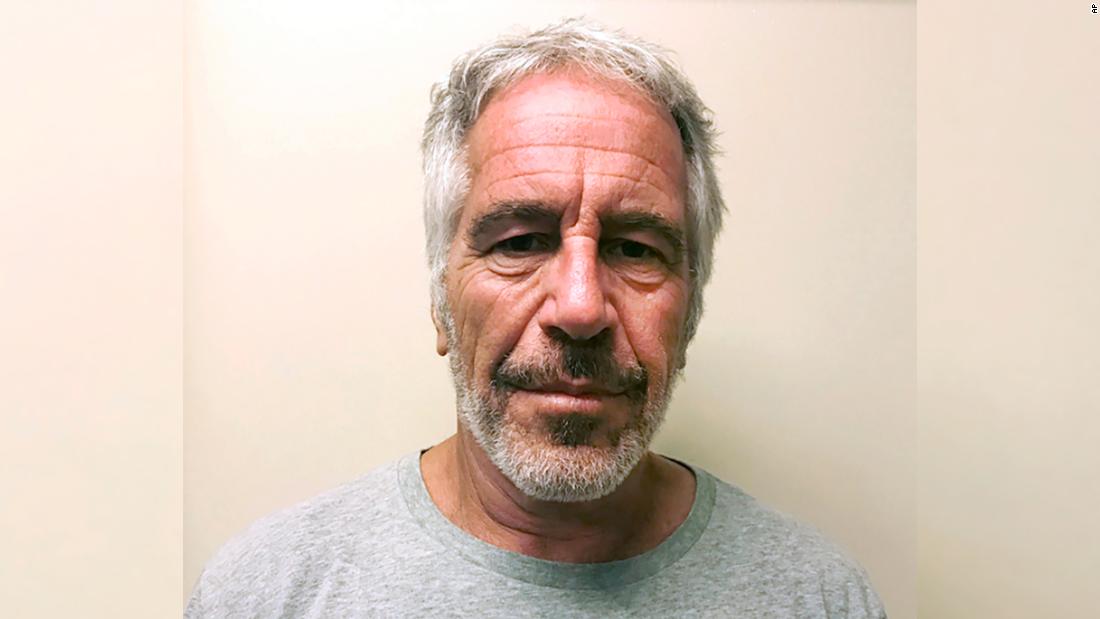 The suspicious transactions flagged by the regulator included payments to individuals who were publicly alleged to have been Epstein’s co-conspirators in sexually abusing young women — as well as payments to Russian models, school tuitions for several women, hotel expenses and direct payments to numerous women with Eastern European last names.

Regulators said Deutsche Bank, Germany’s largest bank and one with a history of legal problems in the United States, failed to properly monitor account activity conducted on behalf of the registered sex offender “despite ample information that was publicly available” linked to his earlier criminal misconduct.

In a statement, Deutsche Bank acknowledged its “error of onboarding Epstein in 2013 and the weaknesses in our processes, and have learnt from our mistakes and shortcomings.” The bank said it immediately contacted law enforcement to offer assistance after Epstein’s arrest. It has also invested nearly $1 billion in training, controls and operational processes and has hired more than 1,500 people to its financial crime team.

“Our reputation is our most valuable asset and we deeply regret our association with Epstein,” the bank said. DFS credited Deutsche Bank’s “exemplary cooperation” with the investigation.

The order sheds some light on Epstein’s financial dealings, which have long been a source of mystery and, DFS said, may be fit for criminal inquiry.

Among several red flags, Epstein was using more than $200,000 in cash annually, DFS said, writing that “whether or to what extent those payments or that cash was used by Mr. Epstein to cover up old crimes, to facilitate new ones, or for some other purpose are questions that must be left to the criminal authorities, but the fact that they were suspicious should have been obvious to Bank personnel at various levels.”

Epstein faced a federal investigation in 2006 regarding accusations he preyed on and sexually abused underage girls. He ultimately signed a non-prosecution deal with federal prosecutors in Miami the following year that allowed him to plead guilty to two state prostitution charges and serve just 13 months in a Florida state prison.

According to the regulator, the bank was repeatedly made aware of past accusations against Epstein and his alleged accomplices as soon as he became a client.

In April 2013, DFS says, a junior account executive flagged Epstein’s plea deal and prison sentence in a memorandum to be sent to senior bank executives. Another person working on the account sent the memo to senior executives and noted in a message “how lucrative the relationship could be,” the DFS order says, citing “[e]stimated flows of $100-300 [million] overtime [sic] (possibly more) w/ revenue of $2-4 million annually over time.”

In late 2014 and through 2015, DFS order adds, the bank’s anti-financial crime department identified Epstein red flags including a federal court ruling that would grant alleged victims access to his plea deal details and “additional allegations in the press regarding Mr. Epstein’s relationships with a prominent former U.S. politician and a member of a European royal family.”

Two of the bank’s executives agreed to explore the issues and met Epstein at his New York home, where one asked him “about the veracity of the recent allegations and appeared to be satisfied by Mr. Epstein’s response,” DFS says.

When bank executives met to discuss the Epstein relationship about a week later, they had kept no recorded minutes from the meeting even though bank policy required it, the order says. Later that day, according to the order, one executive emailed another to say the committee was “comfortable with things continuing” with Epstein, and that another committee member had “noted a number of sizable deals recently.”

The order says Epstein made payments to alleged co-conspirators through his Deutsche Bank accounts, including 18 wire transfers of at least $10,000 each to at least three unnamed individuals.

The regulator noted the bank sometimes wasn’t aware until later that the recipients were alleged accomplices but said that wasn’t always the case.

DFS said the bank also opened checking and money market accounts in 2014 for Epstein’s “The Butterfly Trust,” whose beneficiaries included the three people to whom he had been making wire transfers — and that at the time, the bank was aware at least one of them had been an alleged Epstein co-conspirator.

The order also raises questions about others associated with Epstein, including an unnamed personal attorney whom DFS says had the authority to withdraw cash from Epstein’s accounts — and did so 97 times between 2013 and 2017, for a total of more than $800,000.

Two or three times a month, the attorney would withdraw the maximum amount of $7,500 daily for third-party withdrawals, the order says. Epstein told the bank his attorney needed the cash for travel, tipping and expenses.

Regulations require financial institutions to report cash transactions with an individual above $10,000 a day, and “structuring,” or breaking up transactions to avoid reporting requirements, is a criminal offense.

Twice between 2014 and 2017, the attorney asked the bank how often he could withdraw cash without triggering an alert, the order says, and in 2017 the attorney broke up a withdrawal over two days after asking a teller about the alerting process. Bank officers confronted the attorney, but he denied intending to skirt reporting rules and was allowed to continue withdrawals, the order says.

Series of fines for Deutsche Bank

Deutsche Bank has a long history of regulatory troubles.

In 2017, the bank was hit with $630 million in penalties from New York State over a $10 billion Russian money-laundering scandal in which it allegedly failed to deal with a stock-trading scheme that allowed clients in Russia to move massive amounts of money into offshore accounts.
The company also reached a $7.2 billion settlement in late 2016 with the US Justice Department over toxic mortgage assets, about a year after it agreed to pay $2.5 billion in penalties over interest rate manipulation.
Deutsche Bank also has a long and complicated relationship with President Donald Trump. Over the past two decades, Deutsche Bank has lent Trump more than $2 billion, making the bank the president’s largest lender at the time of his election, according to The New York Times.
Trump has sued to block subpoenas compelling Deutsche Bank to turn over the president’s financial records. The Supreme Court is debating Trump’s ability to shield his documents, including tax records, from authorities.