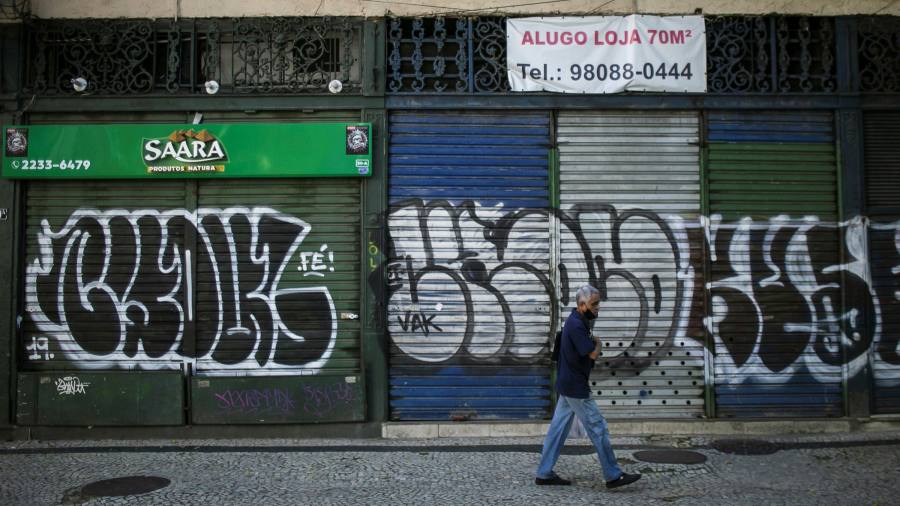 Emerging economies have raised more than $83bn through the international bond market since the beginning of April, just weeks after a push by the G20 to offer many poorer nations debt relief.

Data collated by the Institute of International Finance, an industry association, show that developing economies are financing their coronavirus-driven deficits by accessing the global financial markets, rather than by attempting to restructure their existing borrowings.

This marks a turnround from the panic that gripped markets in March, when debt issuance froze and foreign investors withdrew a record $83bn from stock and bond markets in the 30 largest emerging economies, according to the IIF — outflows that dwarfed those experienced in the financial crisis of 2008-09.

Some $23bn has found its way back into emerging economies in April and May, IIF figures suggest.

“There has been a rebound, and funding conditions are normalising,” said Robin Brooks, chief economist at the IIF.

In response to the liquidity crunch, the G20 group of wealthy nations offered to let 73 of the world’s poorest countries postpone repayments on official bilateral loans until next year; about half the countries have expressed interest and are expected to defer about $12bn of payments this year.

But although the G20 appealed to banks and bondholders to offer relief on similar terms, as yet there have been no reports of private sector involvement. Some countries have expressed concern that any restructuring of private sector debt could damage their access to financial markets, undermining their ability to borrow more.

Much of the recent issuance has come from countries with investment-grade credit ratings such as Israel, Saudi Arabia, Qatar and the United Arab Emirates, which between them have raised more than $50bn. But non-investment-grade countries have also issued bonds, including Guatemala, Paraguay, Serbia, Egypt, Albania and Brazil.

“In May, we had record issuance of emerging market hard currency debt [issued primarily in dollars and euros],” said Uday Patnaik, head of emerging market debt at Legal and General Investment Management. “It has been predominantly investment-grade but in the past two weeks we’ve seen the market open up for [speculative-grade sovereign and corporate] issuers in sub-Saharan Africa and Latin America.”

Brazil was among the latest to come to market, raising $3.5bn this month by selling a five-year bond paying interest of 3 per cent and a 10-year bond paying 4 per cent — lower rates than expected. It came as foreign investors made a tentative return to the country’s stock market after months of heavy outflows.

Analysts attribute the improvement in financial conditions to the US Federal Reserve’s action to pump dollars and extra liquidity into global financial markets — both by buying securities via its quantitative easing programme and by the rollout of dollar swap lines to leading central banks.

“The Fed fire-hose has reached emerging markets,” said Jim Barrineau, head of emerging market debt strategy at asset manager Schroders, adding that rising risk appetite and a tentative resumption of economic activity in some countries was helping to return the market to normal conditions.

“If it comes to the point where more broadly non-investment-grade countries and companies can issue [debt], then the whole voluntary [G20] standstill becomes moot,” he said.

Nevertheless, analysts warn that the outlook for economic growth remains bleak, which could further increase countries’ need for finance.

The IMF is expected this month to revise downwards its global economic forecasts, having already predicted the worst recession since the 1930s. Kristalina Georgieva, the fund’s managing director, warned last month that developing countries would need more than the $2.5tn in fiscal support it first estimated would be required to see them through the crisis.

“Undoubtedly, fundamentals are materially worse than they were six months ago but offsetting that is monetary policy. That is the key lever that could allow countries to refinance themselves at reasonable levels . . . They will have to test the water slowly,” said Jared Lou, a portfolio manager at William Blair Investment Management.

Analysts also worry about the forthcoming burden on countries’ healthcare systems as the pandemic continues to spread, and the legacy of much greater debt burdens that await developing countries when their economies eventually return to something like normality.

“Many countries will be looking at budget deficits in the high single figures [as a percentage of gross domestic product] or higher,” said Stuart Culverhouse, chief economist at Tellimer, an emerging market research company. “Their financing needs are going to be large and the ability of some countries to issue at that size is going to be stretched . . . You can’t rule out a full-on debt restructuring for some.”

But Gabriel Sterne, head of macro research at consultancy Oxford Economics, said it was reasonable in an environment of low global interest rates for developing countries with strong institutions to borrow more, even to raise the size of their debts relative to GDP to levels previously regarded as dangerous, in order to fund their recoveries. Warnings about the failure to learn from previous debt crises should be set aside, he said.

“The mantra of ‘this time is different’ has been taken too far,” he said. “People have railed too much against debt and the result has been stagnation. But this time really is different because debt service costs are lower and will stay lower for ages. The legacy of not taking on debt is excess savings, which has been terrible for the world.”